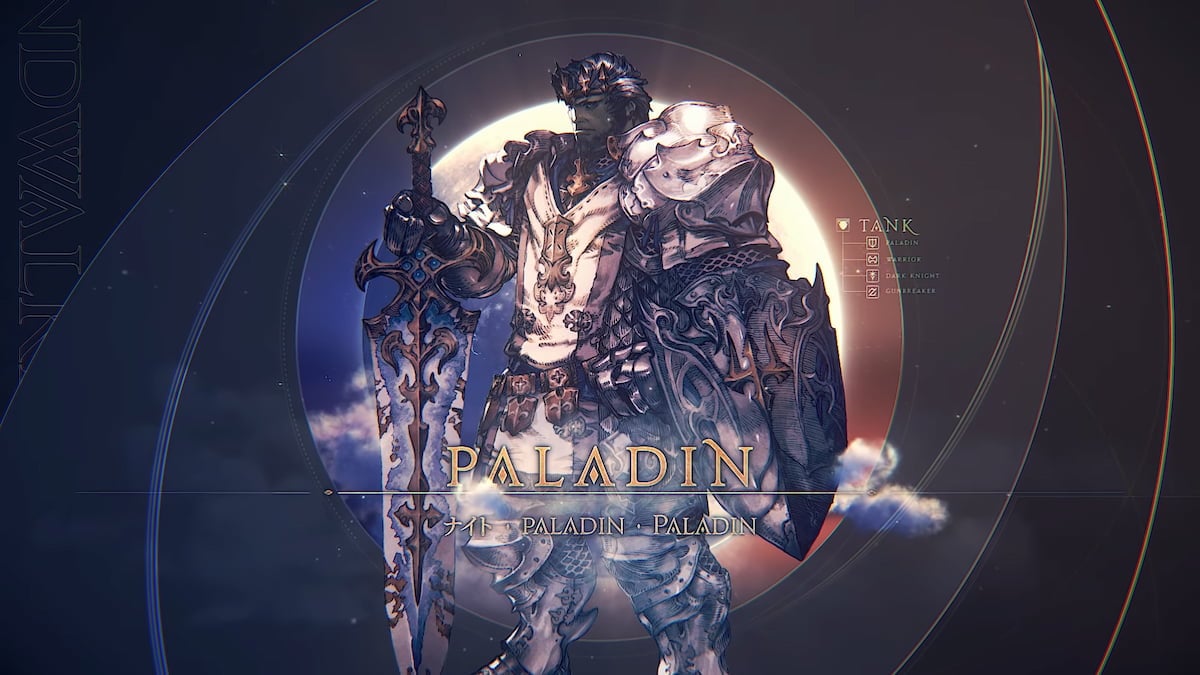 Fans of Final Fantasy XIV always have one consistent set of gear to look forward to at the start of every expansion in the form of Artifact Armor. Upon reaching the end of leveling a job for that expansion, the character will receive a set of starter armor themed after the current job to begin their journey into endgame. Every job has a set from each expansion since its release. Here are the main Artifact Armor sets for the Paladin job ranked from best to worst by visual appearance and core theme.

The Reverence Set is the newest Paladin Artifact Armor introduced in the Endwalker expansion. While it isn’t the most colorful set in the game, it does truly stand out with its shining silver metal and detailed cloak. The drawn back hood on the cloak is also a nice addition. This set looks imposing and perfectly themed for a chivalrous protector of the front lines. It’s exactly how one would picture a Paladin in all the right ways. Note that the cloak defaults as white, but the entire set is dyeable after completing the Endwalker Tank role quests.

The next two sets are both extremely nice, but in the end the Chevalier’s Set takes the second best Paladin Artifact Armor position. This Artifact Armor was introduced in the Shadowbringers expansion. It is an extremely detailed set with quite a lot going for it. Gold, white, and blue look great together and the small cloak on the back is a nice touch. The set also strikes a good balance by trading in a long cape for a waist cape. The touch of red cloth on the belt is nice as well.

The Chivalrous set is almost as good as the previous one, but falls just short of it. This set was introduced in the Stormblood expansion, and many players fell in love with it. The cloak is nice, but is a little too long and wide to when viewed from the back. The gloves also tend to look a little like mittens on certain races in the game. The skirt and belts have good detail, but the set also suffers from not looking quite fortifying enough for a front-line protector.

A Realm Reborn technically has two Artifact Armor sets per job, but they are simply recolors of each other. This is the original Paladin Artifact Armor set, and it takes a lot of inspiration from Final Fantasy XI. The set is simple yet nice for being both old and the first one. It is also the only Paladin Artifact Armor without a real cape or cloak. It does heavily scream Paladin, however, and the design on the chest and skirt is visually impressive for the time.

The Creed Set is a perfect example that less is more when it comes to design. It has a few things going for it, but also some questionable choices that leave it wanting. This set was introduced in the Heavensward expansion. The helmet is actually unique among the Paladin sets, having wings on each side that work well. However, the shoulders is where things begin to fall apart. The wing is a interesting choice, and seems to clash with the armor instead of help it. The skirt also suffers from a lack of belt separation in the front, making it look more like two random flaps dangling from the waist. The waist cape has a nice design, but is also a little too long.