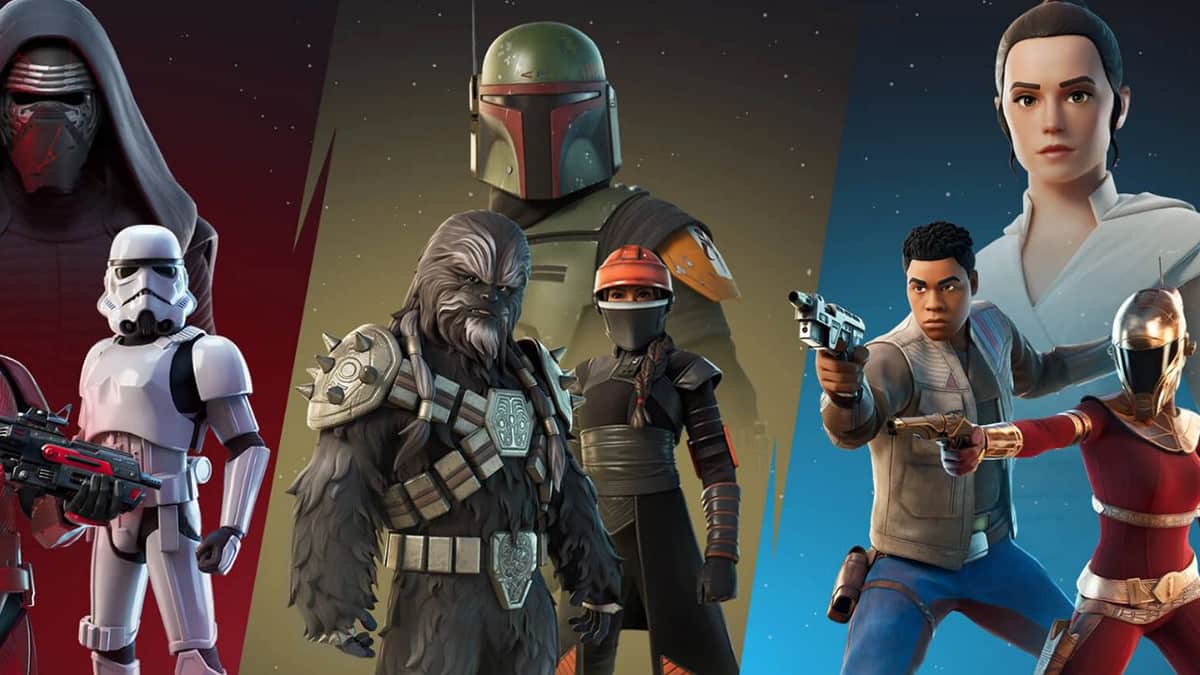 Fortnite has added multiple characters from the sequel trilogy of films: The Force Awakens, The Last Jedi, and The Rise of Skywalker. They include Rey, Finn, and the dastardly Kylo Ren. You can also purchase the red sith trooper from the First Order and Episode IX‘s Zorii Bliss. Strangely neither Poe Dameron, nor Grand Master Snoke is in Fortnite. We’d also like to see Rose Tico in the game too somehow.

With the rise of the Star Wars TV shows on Disney+, a few characters have emerged from this recent era into Fortnite. They include Fennec Shand and Krrsantan from The Book of Boba Fett and The Mandolorian from his titular show. Grogu also tags along in his pod next to the bounty hunter. Boba Fett is also a character that can be played in Fortnite.

Unfortunately, only one classic character has appeared in Fortnite so far, and it’s the Imperial Stormtrooper. There is a rumor going around that Obi-Wan Kenobi may join Fortnite soon. It’s most likely going to be his ruffled, yet wise look in the upcoming TV series. However, we’d love to see his fresh-faced persona from the prequel trilogy as well. We’ll update this page when we get more information. It would be good to have the original group (Luke, Leia, and Han) in the game, and we believe that’s only a matter of time.