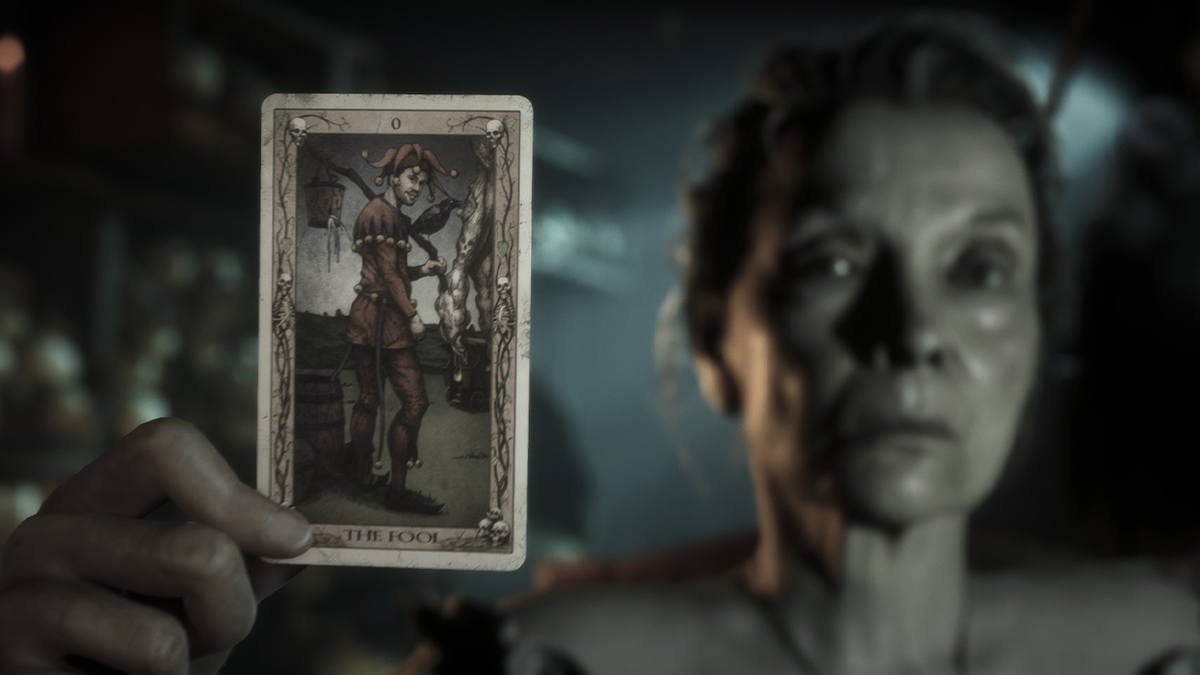 The Quarry packs many collectibles, but the most crucial are Tarot Cards. In between chapters, you can have Eliza read them to give you a “potential future” that will better inform your upcoming choices. They are helpful, but they are also hard to find. Luckily, you can browse our list below to find all 22 of them — there’s one for every Major Arcana.

There is one key thing to know about collecting the cards. Rather than picking them up off the ground, you’ll see them in parts of the foreground when standing in a particular spot. Once the camera shifts to show them, you can press the action button to snatch them up.

The first Tarot Card is found right after Laura leaves Max at the car. Make a left around the mound, and the camera will shift to show you the card.

Jacob will enter the lodge via the library. Once inside, pull a U turn to the right and enter the kitchen. The card is sitting behind a pot on the stove.

When Nick and Abi are gathering wood, you’ll have a choice between taking Shady Glade or Rocky Road. Choose Rocky Road. When you come to the falling rocks sign, follow the trail to the left. The card will appear atop a cliff as you walk along the path.

You’ll find this right at the start of the chapter with Abi. Immediately turn around and make a right when the dirt path forks. The camera angle will shift, but keep walking in the direction you’re facing. As you move forward, you’ll see the card in a tree.

Found at the boathouse with Jacob. Walk straight forward from the dock, and you’ll see it stuck to a column.

This one appears in a cutscene — the only one that does. When helping Dylan get back to the lodge in the wheelbarrow, the camera will show the inside before the counselors enter. Press the button to grab it from the table it’s stuck to.

When you start with Emma on the island, turn around and walk back down to the dock. You’ll see it as you near the edge.

This is the first of two Tarot Cards you’ll find once in control of Dylan. At the cabins, head to the picnic table near the swing. Walk between the two of them to spot it.

The second is at the radio hut. Walk between the concrete base of the tower and the hut itself; the camera will shift to let you see it.

You can find this as you leave the walkway with Jacob. Make a left and head in that direction past where the muddy path ends. You’ll see it on the underside of the walkway.

There are five showers in the pool house. As you walk around with Abi, enter the third, middle shower and walk forward. You’ll see it as you near the shower head.

You can find this in the jail cell with Laura, but it’s a bit tricky. Circle around in the center of the cell until you see it.

Once you’re able to walk around the station, move to the middle of the cops’ desks. You’ll see it stuck to a high wall.

Just after the railing breaks, you’ll walk through a stone archway. Make a left and step out onto the first platform to see it.

This one’s easy. It’s inside the tunnel you have to walk through when you leave the quarry.

Once you’re in control of Ryan in the basement, immediately turn left and go through the doorway. Walk toward the rum still in the next room, and this one will pop up.

In the same area, walk down the other hallway from where you started to see this. Just don’t walk toward the red light until you grab both since that will initiate a cutscene that takes you out of this room.

Ryan can find this one, too, once he climbs out of the dumbwaiter. Position yourself near the wardrobe, pillar, and red rug to see it atop the furniture.

After running from the Hacketts, Laura will climb set of stairs in a blue-walled room. As you round the hallway at the top, you’ll reach a room with boarded-up windows. Walk toward them to spot this card attached to the pane.

This is found in the second half of the scrapyard after Dylan opens the gate. This section is a maze, but getting to the Tarot Card is actually pretty easy. Walk straight ahead down the middle path and take the first stairs you see. Once you’re atop the containers, turn left and cross over the gap. The camera will shift as you cross.

Found in the storm shelter with Abi. This room is super dark, but the card is easy to find. Walk forward from where you start and make a right — this makes you face the shelter doors. Walk forward to see the card.

Kaitlyn can find the last card during the final chapter. Once you take the stairs to the second floor, pull a U turn and walk toward the red rug. In this same room is another set of stairs to a third-floor storage area. From the top of the stairs, walk forward as far as you can, then turn left. As you walk beside the lamps and desks, you’ll see this in the rafters.