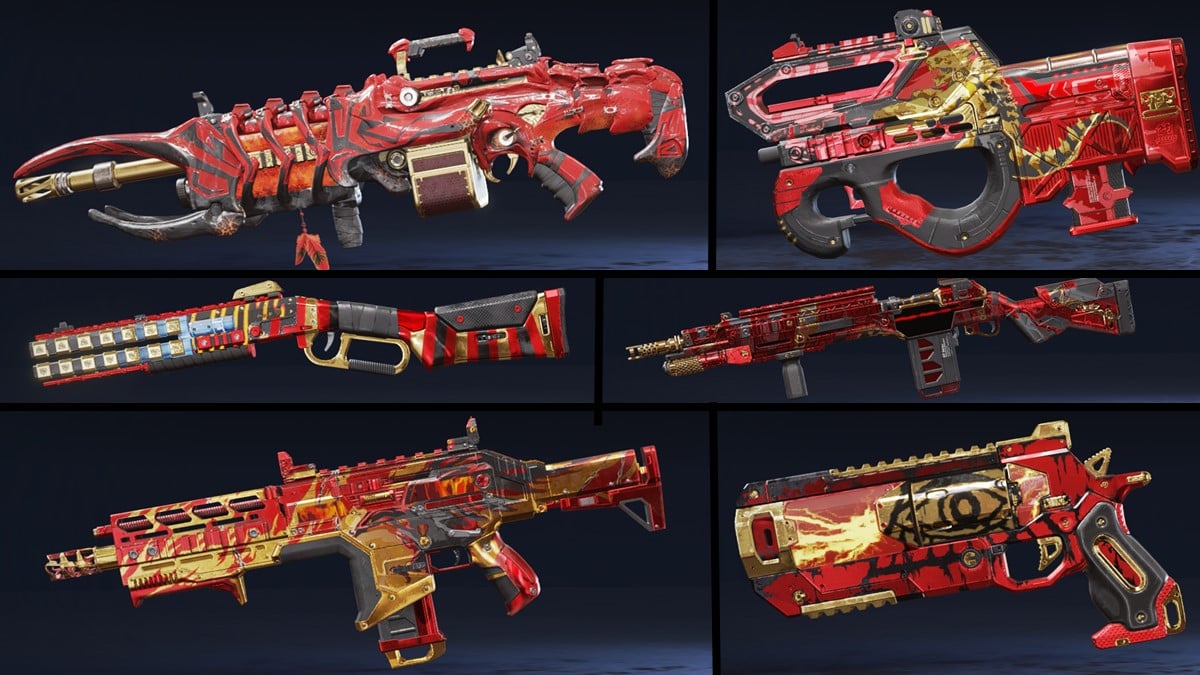 The Anniversary Collection Event is live in Apex Legends, and while everyone is talking about the slew of Legend skins added with this event, the weapon skins are pretty cool as well, and for the most part follow the same red and gold theme (with the exception of the R-99 skin). Let’s take a look at all of the new weapon skins that have been added into the game.

Related: All Prize Tracker rewards for the Anniversary Collection Event in Apex Legends

Overall, the weapons aren’t as exciting as some of the other events, in that there is only one Legendary-tier weapon skin, but as far as epic skins go, this set is very cool. Or should we say…. very hot. (Yes, that was a fire pun, get over it.)