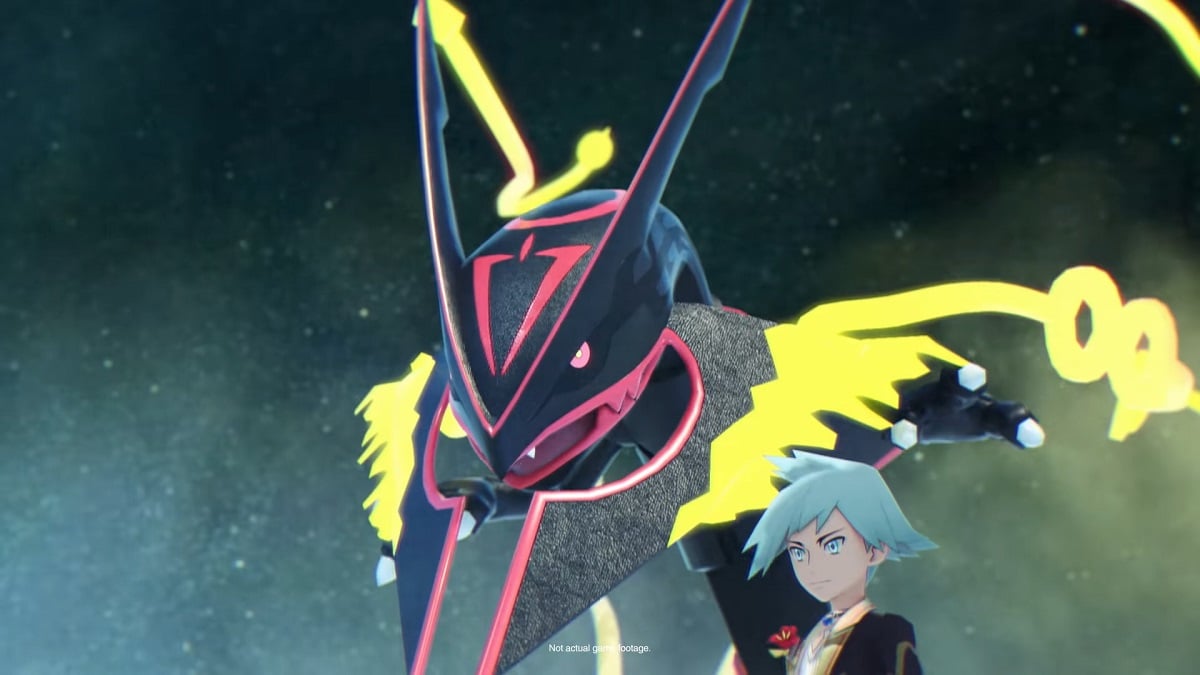 DeNA is introducing three new Sync Pairs in Pokémon Masters EX as part of the Two-Year anniversary celebration. One of these Sync Pairs is Steven and Rayquaza, a physical Striker unit with Flying-type capabilities. Furthermore, Rayquaza is the first non-egg Pokémon in the game that is debuting in its shiny form. That said, here is a breakdown of the unit and all its moves.

As mentioned before, Rayquaza is categorized as Flying-type Pokémon in Pokémon Masters EX. It has the ability to Mega evolve when utilizing the Sync move and is vulnerable to Ice-type attacks. Additionally, the Sync Pair has four passive skills, which are as follows-

Steven and Rayquaza’s moves are as follows-

At first glance, the general stats of Rayquaza seems pale when compared to recently released Sync Pairs. However, the unit can provide a bunch of buffs, which can significantly increase the overall damage. Steven and Rayquaza is a slow unit and require proper setup before it can be effective. It’s vital to Mega evolve the Pokémon before it can be an adequate threat which can be a downside in short fights. That said, it should be able to clear all the current battles available in the game comfortably.

Should you pull for Steven and Rayquaza

Players that are lacking a decent Flying-type unit can summon Steven and Rayquaza. However, the other two Sync Pairs coming to the game as part of the anniversary celebration seem much better at first glance. Additionally, multiple Sync Pairs are present in the game, filling a similar role as Steven and Rayquaza. Ultimately, it all boils down to playstyle and personal preference.