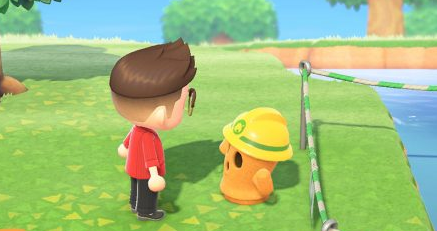 Gyroids have been a staple in the Animal Crossing series for years but seem oddly missing in the latest installment, New Horizons, for Nintendo Switch.

For those unaware, Gyroids are unusual furniture items you can unearth from the ground that also exist as NPCs.

So do they exist in-game?

To put it bluntly, no, Gyroids are not in the game by the looks of it as of Mar. 20, 2020. We have played the game for some weeks now, and none can be found other than the helpful little Gyroid that aides you in building Bridges and Inclines.

Datamines are going around, and rumors that suggest Gyroids will be added into the game eventually in the future, but these are unfounded and not proven and should be taken with a pinch of salt.

They could also be season or event exclusive, and we just haven’t gone that far into the game to find out about that yet, but let’s hope they are added as a free update down the line.

For the time being, it seems everyone’s favorite robotic companions are nowhere to be found. And that is depressing.