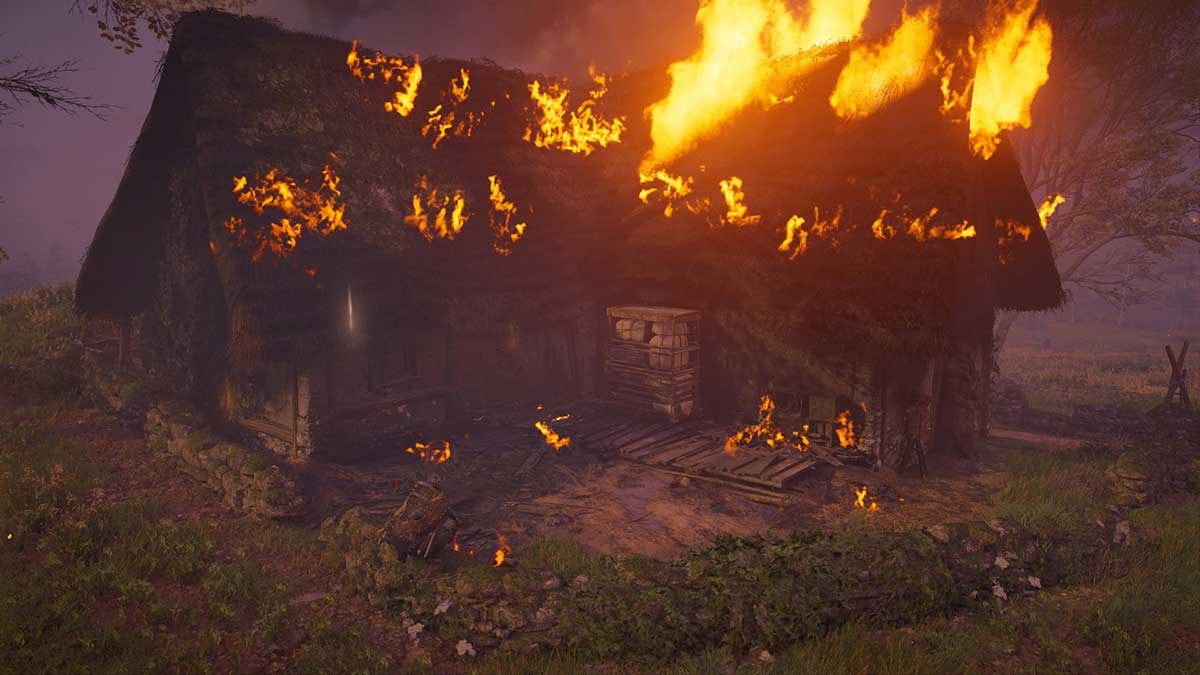 Some of the World Events in Assassin’s Creed Valhalla make you pity the poor NPCs you come across. Unlike A Dog’s Rescue, however, The Twit Saga Part 1 leaves you feeling infuriated with just how obnoxious, unprepared, and useless some of the characters in this game are.

Where is The Twit Saga Part 1 World Event?

You can find this World Event in Ledecestrescire. It’s directly west of Ledecestre, so leave through the western gate and keep walking. You’ll know you’ve found it when you hear two men arguing about who forgot to bring a torch.

Step 1 – Talk to the brothers

The first part of this World Event is really easy; just talk to the brothers. These guys will argue forever, so you need to interrupt them. They’ll tell you that they’re Ragnarssons, the sons of a heroic Viking leader.

They’ve only just found out after their mother told them on her deathbed. Reading the nearby note will reveal that this may not be entirely true, though. Regardless, these guys are dedicated to becoming Vikings. They’ve staged a raid, but neither of them has brought a torch.

The World Event won’t progress on its own. You’ll be left to your own devices, so take out a torch and throw it at the thatched roof of the house. This should start a lovely warm fire, and the brothers will rejoice.

Now it’s time to raid the house like true Vikings. The brothers will attempt to break down the door, but neither is strong enough. Cleverly, they threw the key inside after locking it, so it’s up to you to find a back way in and unlock it for them.

Head around to the back of the house and you should see a moveable object. Pull it out of the way and move inside. Now you’ll need to follow a series of instructions to find the ax that the brothers left in here, as well as the key for the front door.

Each time you think you’ve found what you’re after, you’ll realize that the brothers got it wrong. These guys really have no clue what they’re doing. To make it worse, you’ll be walking through fire that damages you as you’re trying to help them.

Eventually, you will find the key. It’s in the barrels near the front door, but you’ll have to follow every instruction up until that one to pick it up. Now you can finally open the door.

Step 4 – Try not to kill the brothers

As you leave the house, you’ll see that the brothers found their precious axe and other goods stashed away somewhere outside of the house. The World Event will then complete as you try to hold back the rage that’s building inside of you.

There’s no reward for this World Event other than experience. However, it does lead to another World Event that you can pick up elsewhere in the game. The brothers will go back to talking on the road, their burnt-out house a metaphor for their failure as Vikings smoking away behind them.