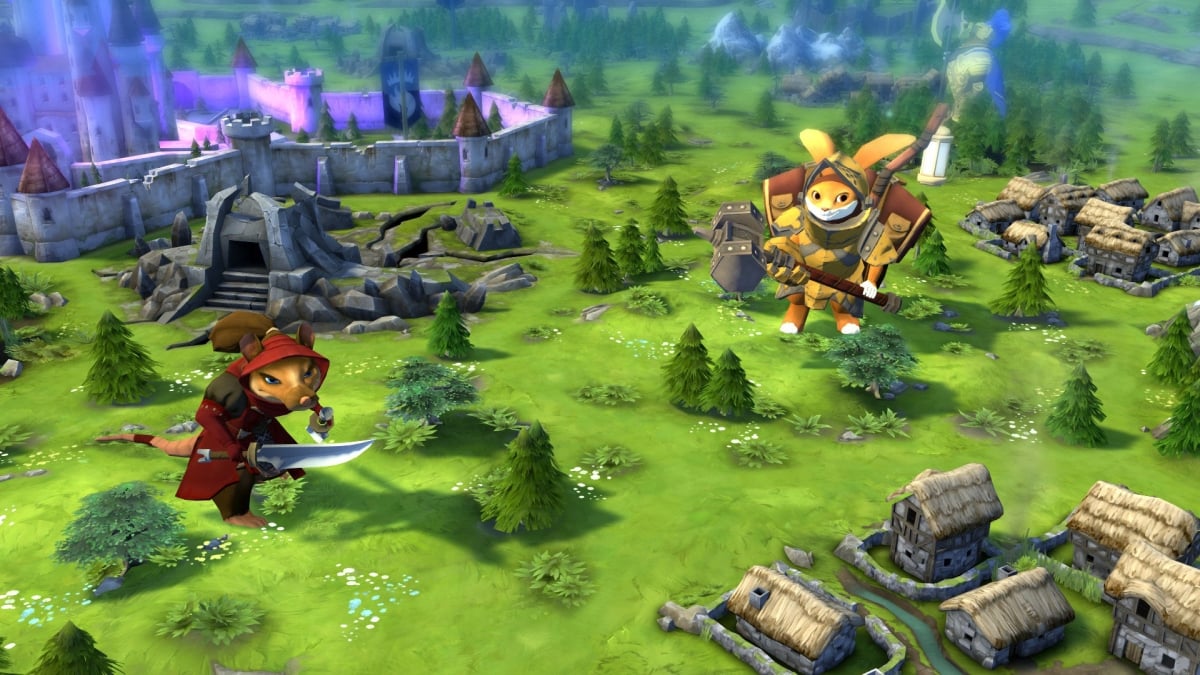 Board games are super fun and are currently experiencing an extended renaissance, with tons of new titles hitting the market every day. Spanning every imaginable genre and setting, digital board games let us enjoy social gaming remotely, which is a more important feature now than ever before. Below is our list of the 10 best digital board games you can currently play.

This game is a blast. The gameplay is simple: you roll dice to move around the board, you get cards used to interact with some aspects of the game, and there are only two win conditions: gather enough stars (sort of a currency you can use to activate other cards) or win enough fights with random encounters or other players to win. Each character has one minor special ability and a unique card only they can use. And that’s about it.

On the surface, 100% Orange Juice is simple and could get old quick, but the hectic and fast-paced nature of the game — and how swiftly you can swing a losing situation into a commanding lead with good plays — leaves every game feeling fresh and new.

Armello is a game that combines exploration with quests, combat, and standard board game elements. It’s a hodgepodge of mechanics, but somehow, it all works.

The game can be won through conflict, diplomacy, or questing (or any combination of the above), and each of the colorful animal cast has unique affinities and advantages towards one tactic or another. Predators tend toward aggressive strategies, and prey favor guile, while omnivorous animals can be a grab bag of abilities, though none of these are hard and fast rules.

Similar to Gremins, Inc., you can often screw over other players in their moment of triumph, although it usually doesn’t feel as deliciously spiteful. Backstabbing is just how the game is played.

A mainstay in the deck builder genre, Ascension tasks players with competing to create the most powerful deck of warriors and servants, and use them to banish monsters. The original game is highly stylized and loses nothing in its transition to a digital format.

At its core, Ascension is about optimizing and synergizing card effects while racing for a high score finish. Gameplay is simple and streamlined, and the whole experience is wrapped up in a lore-rich and aesthetically beautiful universe.

In For the King, you explore hexes and dungeons, engage in turn-based combat with your party of heroes, collect loot, and try to save the kingdom in one of several game modes. It can be played alone or with up to two friends, and there’s a lot of randomly generated rogue-lite goodness to be had.

It has its flaws — the Frost Adventure is ridiculously brutal in what feels like very wrong ways, for example — but those are overshadowed by the general good fun For the King is. It’s the kind of game that builds a lot of stories off of it, with emergent gameplay creating beautiful scenarios for your friends to reminisce on later.

Gremlins, Inc. is a mix between Monopoly and Mario Party, except instead of minigames, you skip straight to the parts where RNG screws over everybody involved. You play as one of 12 characters, each with unique abilities. These characters fight to collect a predetermined number of points — typically 20 — by playing cards in appropriate locations. Each card requires the expenditure of some resources; money, votes, other cards, or just some kind of opportunity cost.

The “fun” comes in when you get cards that directly interact with other players. You can send them to jail, steal their money, hit them with random Misfortunes (sometimes this happens regardless of anyone’s actions), targeted Misfortunes, steal or delete their points, or otherwise prolong the game and increase your chances of victory.

Winning a game of Gremlins can feel like an ordeal, but it is often rewarding to finally triumph over the grasping claws of your now-former friends.

It’s a resource management game, in some ways similar to Settlers of Catan or Seven Wonders. You amass resources of a specific type to build things and complete goals, with quests that need doing (or people paid to do it and resources provided to finish the job) and alliances to be made.

It’s all great fun for strategically-minded players, and something we highly recommend giving a shot whether you’re a D&D fan or not.

Here’s one to bring you back to reality. Pandemic is a cooperative game in which you and your teammates play as a collection of CDC operatives who are looking to stop the spread of a global pandemic that could wipe out humanity.

Every turn, the disease spreads, so you must juggle slowing its spread with making progress on eliminating the disease, lest the world be engulfed in disease. If you haven’t experienced the original Pandemic, we highly recommend it, or at least its spiritual successor Plague Inc., which is the same game in reverse.

This entry is “cheating” in that Tabletop Sim is more of a board game platform than a board game itself. You can download mod packs with almost any game you could imagine, some automated for easy setup, and some not so much. Some people even use it to play D&D, though it’s not the optimal platform for that.

It is somewhat of a controversial game, given that the mods essentially mean you get a lot of board games for free and developers see no profit at all from it. But that makes it perfect for someone just getting into board games, which are an otherwise somewhat prohibitively expensive hobby to get into in earnest.

Ticket to Ride is a game that can be credited (along with Catan) for rekindling board gaming as a hobby for thousands of people.

A quick synopsis: you are trying to build the best rail line there ever was. You complete missions, lay rails, and try to outmaneuver your opponents to have the most points at the end of the game, which is determined by how good and long your rail line is and how much you suffer for each mission you did not complete.

It’s easy to pick up just from reading the rules, and with the setup time removed in the digital version, it’s also easy to play in general. Ticket to Ride is therefore a good entry level game to introduce people to board gaming.

XenoShyft is a bit of an under-appreciated gem. Set in a dark sci-fi setting, it tasks players with defending a human outpost from the onslaught of local alien wildlife. Using resource and soldier cards, players have to beat back waves of ever-stronger monsters, either solo or with friends online.

XenoShyft may be somewhat hard for new players to get into for two distinct reasons. First of all, the UI is not exactly intuitive or easy to use even after you’ve gotten used to it. The game looks and feels very much like the physical version, which is not a plus when you have to move everything manually with the mouse.

It’s also very hard to win. There are difficulty settings available, but even on the lightest one, XenoShyft is punishing, and it will routinely knock your team of survivors out in a matter of minutes. Winning a game takes incredibly precise resource management, coupled with a bit of luck. That, of course, makes the occasional win all the more rewarding.

This final, bonus suggestion may not be to everyone’s liking, because it is currently only available on mobile. Neuroshima Hex is a competitive board game about gangs of mutants, monsters, robots, and other rogue factions battling across a post-apocalyptic U.S.

The rules are incredibly simple: players take turns placing their units across a hexagonal grid while trying to flank, surround, and overwhelm the enemy tiles. Eventually, a player can use an Attack action to initiate a battle, and all units attack each other simultaneously, reaping the rewards of all that careful positioning.

Competitive players can play Neuroshima Hex solo or in local PvP on the same device. A fantasy-themed reboot called Monolith Arena was also released recently, although there is no word yet on whether it will have its own digital version.