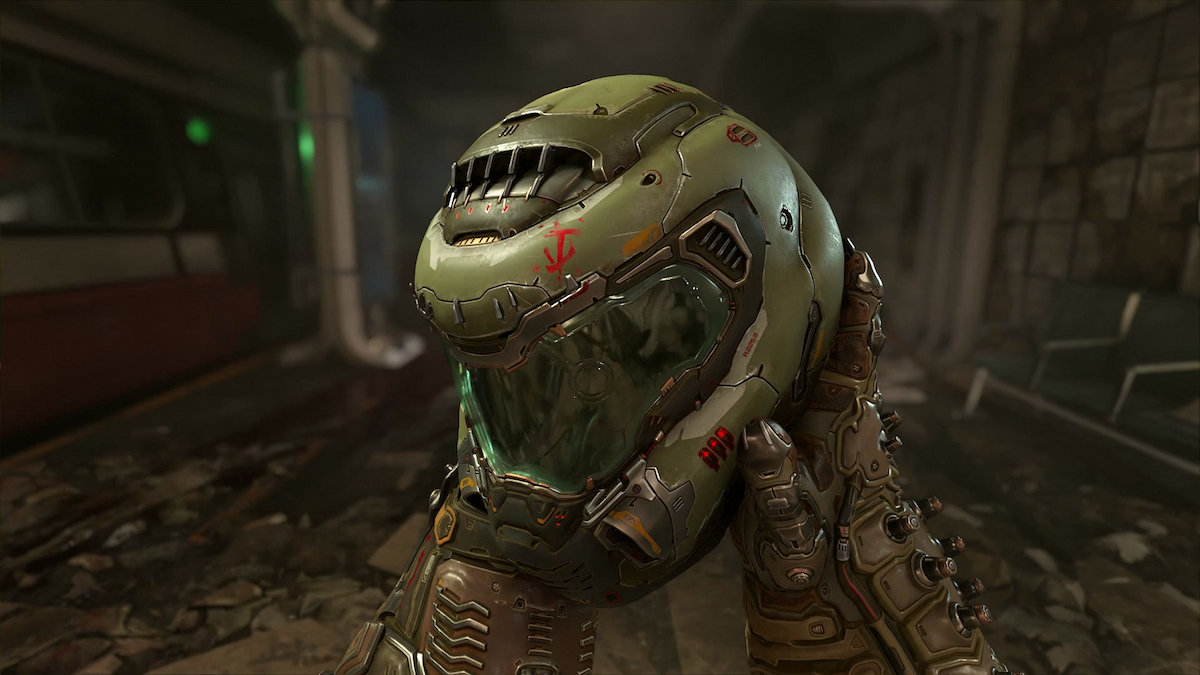 The first-person shooter genre is one of the oldest and most beloved video games on PC, with many of the classics maintaining dedicated communities decades after their initial launch. Games like DOOM, Quake, Half-Life, Call of Duty, and Battlefield helped define what a modern shooter looks like, and much of what makes current games great is an evolution of the groundwork laid by those early titles.

This list covers eleven of the best FPS games on the market right now, many of them released in the last five years. The list is by no means exhaustive, and there are dozens of other worthy titles out there to play. Entries are presented in alphabetical order.

Respawn Entertainment’s hero battle royale is their most popular property by leaps and bounds, thanks in no small part to the tight controls, world-class gunplay, and fun-to-use player abilities. The fact that it’s free to play and receives consistent updates doesn’t hurt either. Apex builds on everything that made the Titanfall games great, and while it lacks the advanced movement and giant robots of their earlier work, everything feels amazing. It’s just as satisfying to win through teamwork as it is to carry your squadmates to the victory screen.

Battlefields 2042 and V might be more recent outings in the storied franchise, but Battlefield 1 remains the most modern benchmark for what makes a great Battlefield game. DICE’s trademark sound design is on point. The gunplay is weighty and satisfying. The maps are all fantastic for any mode you might play. Most of all, every class can dominate, but they are best used as part of their role. Teamplay is rewarded far more than in recent games in the series — every class has real limitations that you can overcome through skill and game knowledge. There are shades of that concept in 2042 and V, but neither reaches the heights Battlefield 1 does.

There is much debate about which Counter-Strike game is the best, with veteran players still gravitating toward 1.6 as the pinnacle of the series. Counter-Strike: Global Offensive, however, reaches almost one million concurrent players every day, and for reasons outside of the skin market. The classic maps are here, some updated or altered for modern sensibilities. The updated gunplay retains the difficult-to-learn and harder-to-master traits that made the franchise famous. The game receives regular patches and content drops, whether fixing bugs or responding to community feedback. CS:GO is also many players’ introduction to the series as a whole and generates new top-tier talent on a regular basis.

Destiny 2 is the complete package. A robust PvE offering that receives new, substantive content at a steady clip, much of it packing a punch for both story and gameplay. PvP is controversial — some players can’t get enough, others see stagnation and a lack of support — but it’s rare to have trouble finding a match. This consistency is primarily thanks to the incredible gunplay, excellent build variety, and the power fantasy of being an immortal space wizard.

Following up on the 2016 DOOM reboot is a daunting task for any developer, and id Software took the challenge to heart. DOOM Eternal carries the same fantastic core gameplay as its predecessor and turns everything else to 11. The game is faster, its enemies deadlier, its environments more varied, and its story more robust. The Doom Slayer is still the demon-slaying demigod from the first title, but now his arsenal has new tools and weapon modes, and his enemies have new tricks up their sleeves. Whether DOOM needed a deeper narrative is a matter of some debate. Still, the bestial satisfaction of covering entire arenas in the gore and viscera of the hordes of Hell has never been more enjoyable.

Every Far Cry game released since Far Cry 3 has been trying and mostly failing to recapture the magic of the series’ renaissance. The lush and deadly jungle of the Rook Islands is an open world paradise, where the only limit to how you kill its occupiers is your imagination. The gunplay and traversal were also solid, with the addition of the wingsuit and gliders providing new ways to experience the world from above. The storytelling in Far Cry 3 is also unmatched across the series, with the dual threat of Vaas and Jason Brody carrying much of the narrative weight. Vaas, a product of his actor’s performance than the initial script, is the perfect foil to the character growth — or degeneration — of the previously naive Jason. Though its second act was weaker than its first, Fary Cry 3 remains the pinnacle of the franchise.

Though almost 20 years old, Half-Life 2 still sets the bar for interactive storytelling in the FPS genre. While much of what it began has since been iterated on, again and again, Half-Life 2’s value to the gaming space as a whole cannot be understated. The PC community as a whole shudders whenever there might be an update to Gordon Freeman’s story, with games like Half-Life Alyx reminding everyone why the franchise is one of the most important out there. Valve releases new entries alongside the largest technological innovations only so they can show how valuable those can be from both a narrative and gameplay perspective. Not once have players been disappointed.

Taking the on-rails design of Metro: 2033 and Last Light and putting it on literal rails allowed Metro: Exodus to really shine, moving the player through vast post-apocalyptic wildernesses, cities, and underground tunnels. Its storytelling continued the strong line of the previous game, though lost some focus due to the exploratory nature of an open-world setting. The devs also added a crafting system to compensate for the lack of consistent access to shops. Thankfully, the gunplay and general traversal were as tightly-build and oppressive as fans have to expect. The expansion content was also top-notch in case the base game didn’t fully satisfy.

Halo meets Portal meets Quake: the fact that Slipgate works as well as it does is one part miracle and many more parts sheer design skill. The amount of shenanigans you can get up to in Splitgate is almost limitless, and you’re rewarded for almost all of them. That doesn’t account for the satisfying movement tech and razor-sharp gunplay with a classic Halo feel. You would be forgiven for having never played Splitgate, but doing so even once is basically a necessity for shooter fans, as there’s simply nothing else like it on the market.

Even its recent bout with bots can’t keep this absolute classic down. Team Fortress 2 has added thousands of new hats and other cosmetics, as well as hundreds of new weapons and gear for its nine classes, but somehow it retains one of the best core gameplay loops on this list. Each class plays differently, and every option in their kit has a counter. While there are more efficient options if all you want to do is frag (Soldier, Scout, Demoman), you can have just as much, if not more, effect on the outcome of a match as a Spy, Sniper, or Engineer. And no one will ever say no to having a skilled Medic on their team. Even more than Battlefield, in TF2, without your team, there is no victory.

The original Titanfall was a gem with squandered potential thanks to a console limitation, poorly chosen release window, and a focus on pure multiplayer before doing so was widely accepted. That didn’t stop it from building a small but dedicated fanbase, thanks to the best multiplayer gunplay available on this list, more varieties of giant robots, and more of some of the best FPS map design in the industry. That doesn’t even account for its top-of-their-class single-player campaign and co-op modes, neither of which have seen much real competition since 2016.