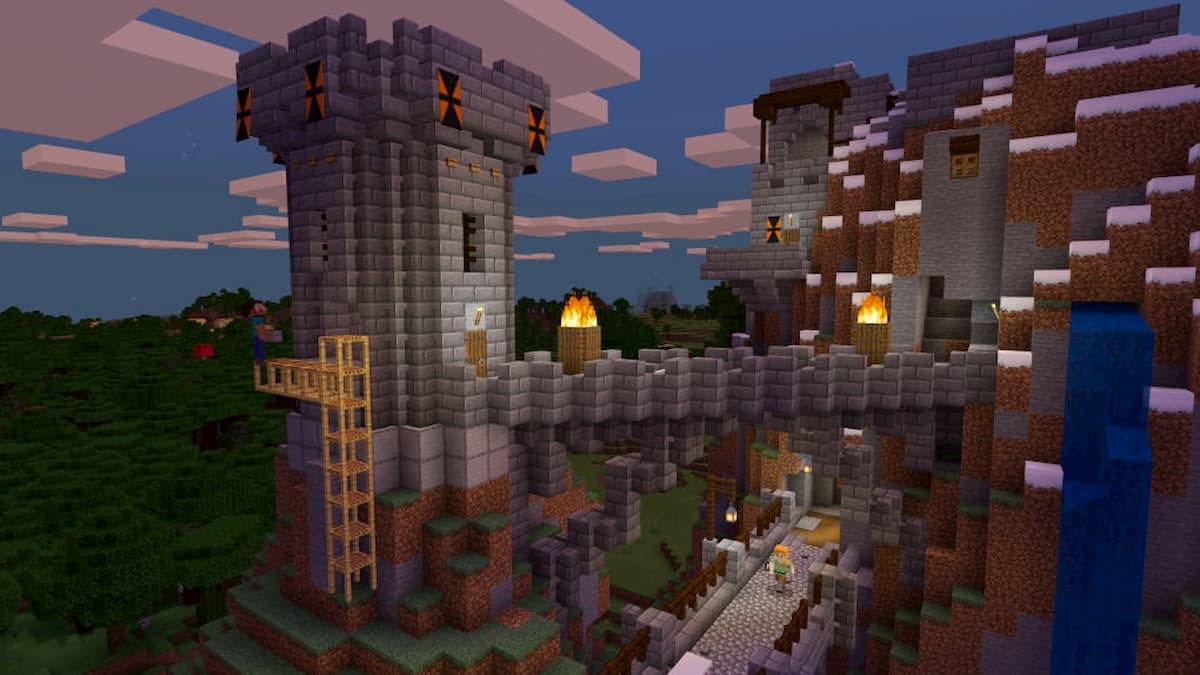 Minecraft Bedrock Edition, which is the version of the game designed to run on consoles and mobile (but is playable on PC as well), has its own set of exclusive servers, just like the PC-based Java Edition does. There are heaps of excellent servers in Bedrock Edition with highly active player communities that are always looking for more people to join. Here are some of the best servers you can find on the Bedrock Edition of Minecraft.

Related: How to set up and connect to Minecraft servers for Bedrock crossplay

As one of the most popular servers on this list, Broken Lens amasses hundreds of players at any given time. The server hosts numerous popular game modes, including SkyWars, Survival, Spleef, and HideAndSeek, to name a few. If you are looking to play a unique game that you normally wouldn’t find in Minecraft, it is likely Broken Lens will have the best options for you.

This is one of the longest-standing Faction Mode based servers, having been going strong for years. Classic Factions, OP Factions, and SkyBlock are the included game modes in ECPE. A few of the main features include the Shop, Claim System, and a very competitive player base with thousands of active players.

If you’re into survival servers, then this one is for you. Euphoria Prison, for instance, is loaded with new features that are continually being updated, which keeps players coming back for more, but the Skyblock games are where this server is most renowned and known for.

FallenTech showcases top-quality minigames and game modes, and the server is often at its full capacity. Enjoy their take on SkyBlock, Factions, and PvP mode. This server is especially friendly to Pocket Edition players.

This server is inspired by the Grand Theft Auto franchise. It is PvP based, where you can choose whether to be a good or bad guy, like a cop or a gangster, for instance. Whichever player accumulates the most kills will become the most wanted player, meaning that a picture of them is displayed everywhere, paired with a hefty bounty reward.

This is considered as one of the best Bedrock Edition servers. Hyperlands is the king of minigames, offering up game modes including SkyWars, Bedwars, TheBridge, Duels, and PotPvP. Hyperlands is incredibly popular given the number of players who regularly gather to it.

LegendsMC is a SkyBlock based server. In it, you can select and create your own Island, upgrade it, customize enchants, and mine. Additionally, the server is heavily modded, which results in a unique Minecraft experience. In LegendsMC, PvP is rewarded, not punished. Outside of the main server, there is a Factions server, Creative and Survival-based games, and of course Skyblock.

Mineplex is an official partner with Minecraft and sees tens of thousands of players every day. Everything from classic to original mini-games are here including Skywars, Speed Builders, and Block Hunt. The server originally made its start as Java-based, so for updates to the Bedrock version be sure to check out the official website.

Here is a friendly, community-based server that offers games like Bedwars, Creative Plots, Duels, Factions, and Murder Mystery. Nearly 20,000 players play on NetherGames every day, which speaks to the popularity of this community.

Based on (you guessed it) PvP mode, Versai sustains a very active and competitive community with loads of player traffic. Versai also offers a free-for-all mode, played on incredibly cool arenas. Bots have also been added into the mix for you to practice your combat skills on and Skywars, mazes, and parkour mini-games are also available.