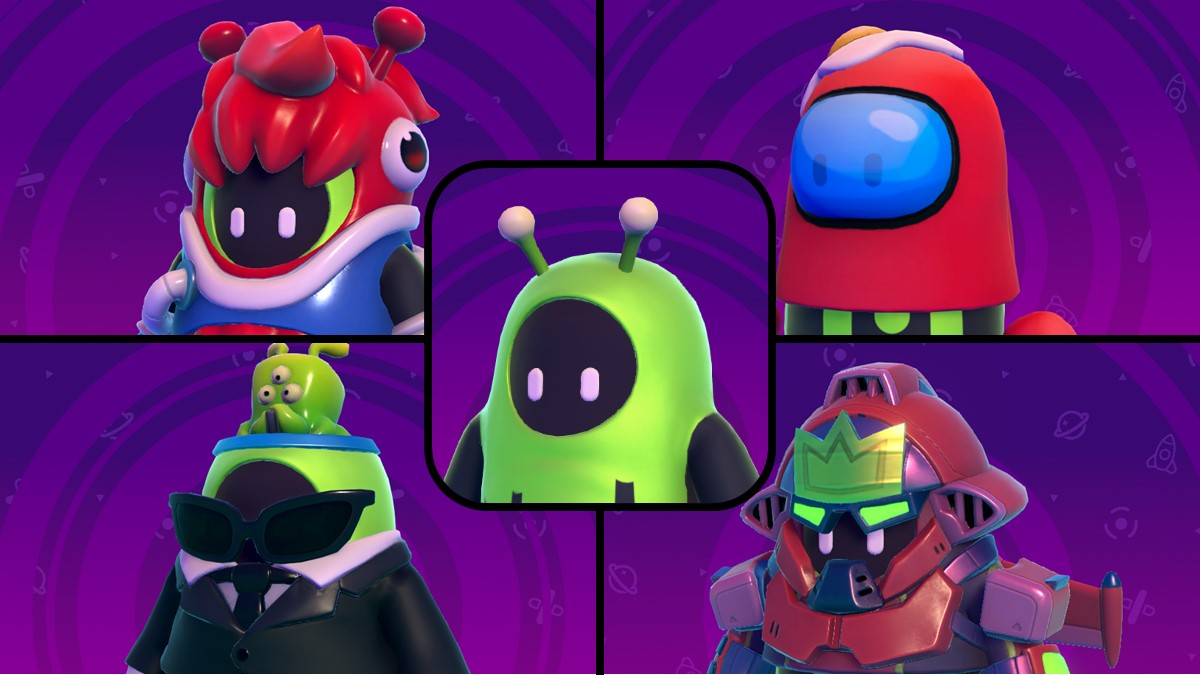 Fall Guys Season 4: Fall Guys 4041 is here, bringing major changes to the battle pass, or ‘Fame Path.’ The previous season had a winter theme, but Season 4 is all about a retro-future vibe with vaporwave and cyberpunk-inspired aesthetics. Many new round games have emerged this season, and a brand-new, longer than ever Fame Path has entered the playing field.

In terms of currency, the Fall Guys Season 4 Fame Path contains 22 Crowns, and unlike last season which had no Kudos at all, this season has 24,000 Kudos. This is the first Fame Path without a Celebration or Faceplates and the first one with only one emote. The Fame Path has 50 levels this time around, being the first-ever one to be longer than the prior standard 40 levels.

Here are all of the best cosmetic rewards for Fall Guys Season 4: Fall Guys 4041.

This battle pass has many awesome new interface options, so we have decided to include them all. The four Nameplates are System Error, Retro Guys, Beep Boop, and Vaporwave, and the four nicknames are listed below.

There are many new Colours this season, but the best of the best are Neo-Classic, Hardwire, Robo Rage, and Plastichrome. All of them fully encase the theme of the season and look great while doing such.

The Patterns this season were not much to write home about, but the two that stand out are the first one and the last one: Connection and Mocap.

There is only a single theatric this season, the Glitch Emote. The player will glitch out around their space and even glitch into the air. There is no Celebration.

The Outfits this season are plentiful, and a lot of them are amazing. The ones we choose to make this list are the Furry Alien, Among Us – Egg, U.F.G., Incognito, and the final unlock of the Fame Path: Falltron Destiny. All of these looks are unique, and we love the Among Us crossover. The Among Us skin also has a cracked, fang-ridden Imposter variant!

Overall, this Fame Path is the truest that a cosmetic collection in this game has been to the season theme. There isn’t anything on the battle pass that isn’t futuristic in some way, so love it or hate it; at least it’s on topic. And we love it.