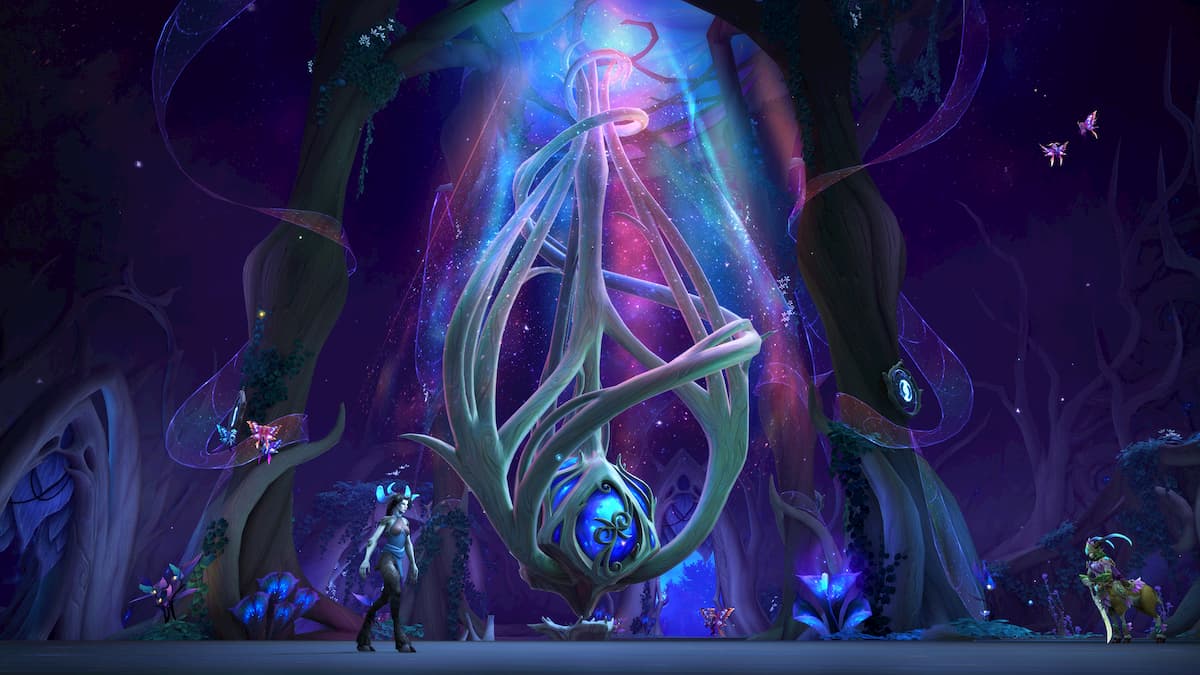 PvP in World of Warcraft comes in many flavors. You can stick to Battlegrounds and be a force of nature, capping objectives, pushing lanes, and being an overall pain-in-the-ass for opponents to deal with. Or you can find a few buddies and step into the Arena, where its just you, your friends, and two to three people that hate you. While there are no “bad” classes for PvP, there are definitely some that stand head and shoulders above the rest. Here are the best PvP classes for World of Warcraft: Shadowlands.

There really isn’t a bad spec for Priest in PvP. The best healing spec in RBGs is Holy, with multiple powerful healing cooldowns and fantastic mana throughput — but in Arenas, it’s Discipline. Discipline comes with a unique hybrid damage/healing kit — a practiced Discipline Priest is a terrifying thing to deal with. If you lean towards dealing damage more than healing, Shadow Priest still melts faces as well as it ever has. Priest comes ill-equipped in the mobility department, but with a spammable fear and solid survivability, Priest is a solid choice.

While not as powerful a healer as Holy Priest, Restoration Druid still carries a lot of weight in Arenas and RBGs. HoT-rolling is still extremely powerful, and with the ability to shapeshift forms for extra mobility, Druid healers are a pain for enemies to deal with. Balance Druids (aka Boomkins) are extremely bursty, capable of blowing up enemies extremely fast — but sustained damage against a target that is getting healed well can be troublesome. Feral Druids are annoying to play against but definitely lack many options and damage compared to our next topic, Warriors.

When playing Warrior in PvP, you have to ask yourself an important question: do you want to swing around two Two-Hand weapons at once for giant hits, or do you prefer a little more mobility at the expense of some damage? Fury Warriors are all about snowballing devastation by focusing in on a single target and making them miserable, but at the expense of utility — your job is to hurt others, and that’s it. Arms Warriors, on the other hand, provide a little more teamwork and utility, alongside some great mobility options — but your damage output suffers for it.

When we talk about Warlocks in PvP, we typically talk about Destruction Warlocks. Affliction can be useful in PvP for sustained fights, but it doesn’t really hold a candle to the sheer terror a Warlock chaining Chaos Bolts on a single target can instill in the enemy healer. Combined with some pretty strong disruption tools, you’ve got an ace Arena class. Demonology Warlocks have insane tank not normally attributed to a Cloth class, and they put out some stellar damage — but this is more suited to Arenas than in RBGs.

Retribution Paladins are still the king of swing (swinging a big hammer, that is.) Some of the strongest burst damage in the game, alongside fantastic cleansing options, make Ret Paladins a huge problem, so they are usually targeted first. This is a problem because Ret doesn’t have much mobility. On the healing side, Holy Paladins are right up there with Holy Priests and Resto Druids in terms of raw output. Again, lacking mobility is a problem, but Paladin makes up for it with big numbers and burst healing.

We saved the best for last. Havochunters are the most annoying class in the game for people to deal with. Strongest burst window combined with multiple crowd control options make Havoc Demon Hunters a huge problem. However, their weakness is that they are extremely one-note — when a Demon Hunter Metamorphizes, you can expect them to be chain-stunned until it fades or they die.