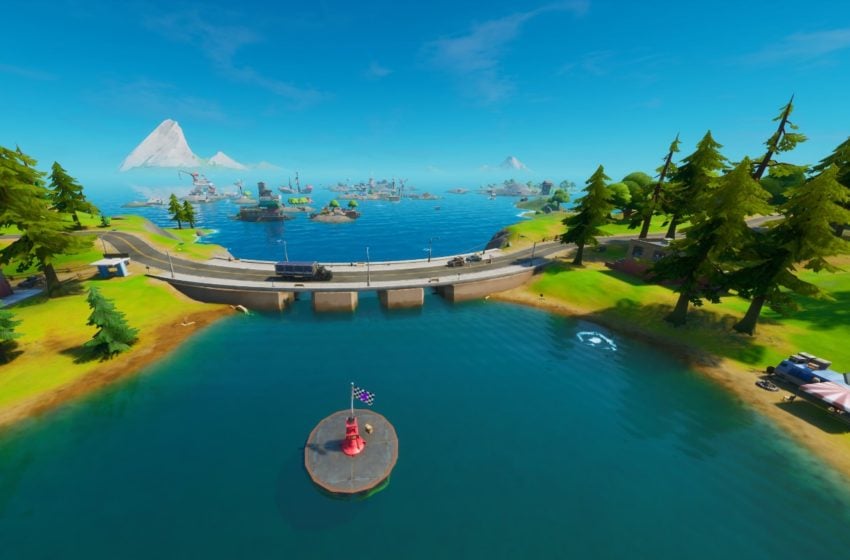 The map in Fortnite has been completely changed by the flood caused by Midas’ device. There is now water all over the place, although some of the game’s former locations have managed to survive the flooding. One such area is Hydro 16, which you can see marked on the map below.

Whirlpools will throw you up into the air after you swim or land in them, allowing you to reset your glider again, or just skydive all the way down. The Whirlpool at the Hydro 16 dam is located on the west side, in the lower part of the map.

This is by far one of the toughest challenges in the first week of Season 3. You need to grab a weapon before you get there, then you need to get lucky with having another player in the area at the same time. You also need to safely make it into the Whirlpool, up in the air, and back to the ground again, then you have 10 seconds to damage another player.

There is no set amount of damage that you need to do, any amount will cause the challenge to finish up, which is a bit of good news, I guess. The loose wording off the challenge gave us a bit of hope, but we have tried different things to see if they would work, and the challenge has to be completed by damaging another player. Damaging items doesn’t count, and neither does throwing a grenade at some fish. That one felt like a longshot at the time, but it had to be tested.