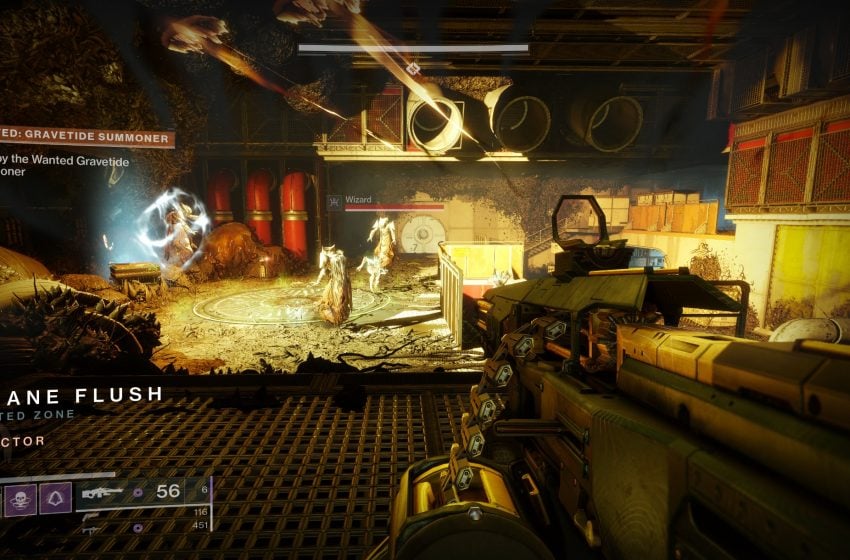 Every week Spider, the new vendor and our uneasy ally in the Tangled Shore in the Reef, will offer several Wanted Bounties for us to complete. These bounties are new in Destiny 2: Forsaken and reminiscent of Petra Venj’s Wanted Bounties in Destiny. This guide will help you finish the Wanted: Karugul bounty.

The Wanted: Karugul bounty is available for purchase from Spider for two Ghost Fragments. Its lore text reads as follows:

“Sava-who? Mm, yes, that’s right. The clever girl. If she’s so clever, what’s she want with Titan?” – The Spider

The Wanted Bounties deal with several prisoners that have escaped from the Prison of Elders. You may encounter them on your patrols, and you can recognize them by the “Wanted” part of their name. This particular escapee has run off to the Methane Flush Lost Sector in Siren’s Watch on Titan.

“Methane Flush” is a reference to the Methane Flush Lost Sector located in the Siren’s Watch region of Titan. You can see it marked by the mouse cursor on the map above. To complete the Wanted: Karugul bounty, clear out the Methane Flush Lost Sector and you will find the wanted escapee milling around inside of it. Kill everything, and in particular, the escaped prisoner, and you will be able to claim the Legendary Gear rewards for the Spider’s bounty.