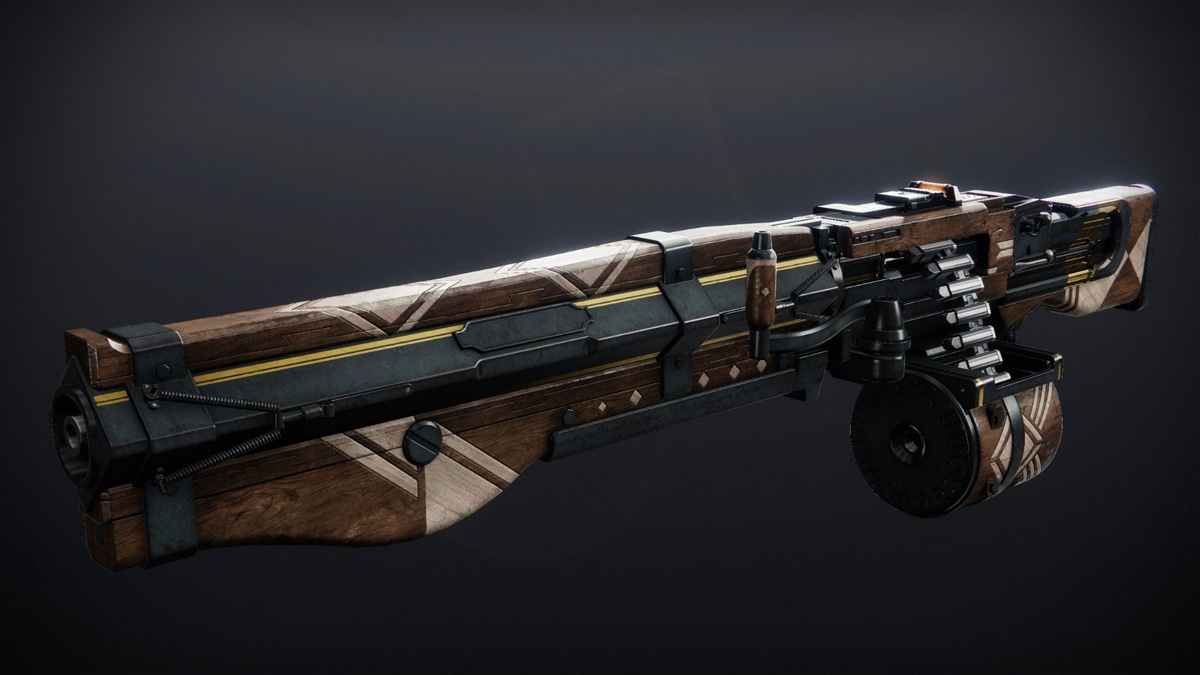 Destiny 2’s selection of heavy machine guns has been expanding greatly with each new season, and Season of the Seraph has been no exception to the rule. Now with the new dungeon, Spire of the Watcher, we have our first batch of Legendary weapons in Destiny 2 made by the foundry Tex Mechanica. One such weapon is the machine-gun Terminus Horizon. Here’s how to get it and the best rolls for it in PvP and PvE activities.

How to get the Terminus Horizon in Destiny 2

The Terminus Horizon machine-gun is a High-Impact Frame type that has a slower firing rate than other frames in this archetype, but it makes up for in damage and some absolutely crazy perk combinations.

PvE players especially will want to pay attention to perks like the new Target Lock perk, which steadily increases the weapon’s damage the longer you concentrate on a single target like a boss or Champion. Arc-centric favorite Voltshot also shows up, so this gun turns into a sort of little brother to Thunderlord. Cascade Point is also a potentially good new perk, with the gun’s rate of fire being affected by final blows from a different weapon. Dragonfly is also in the third column rather than the fourth, so combining perks like Cascade Point and Dragonfly can produce some interesting results.

PvP players who prefer a more long-lasting Heavy slot gun will want to look at perks like Demolitionist, Hip-Fire Grip, and High-Impact Reserves for easy handling and kills during intense situations. Adrenaline Junkie could potentially be great for PvP builds centered around grenade spam. Wellspring also can provide quick bursts of energy regeneration so long as sustained kill streaks are happening.

Related: How to get the Hierarchy of Needs exotic bow in Destiny 2

You can find the Terminus Horizon only in the dungeon Spire of the Watcher, located on Mars. Each major encounter – Ascend the Spire, Akelous, Siren’s Current, and Persys, Primordial Ruin all have a chance to drop this weapon.