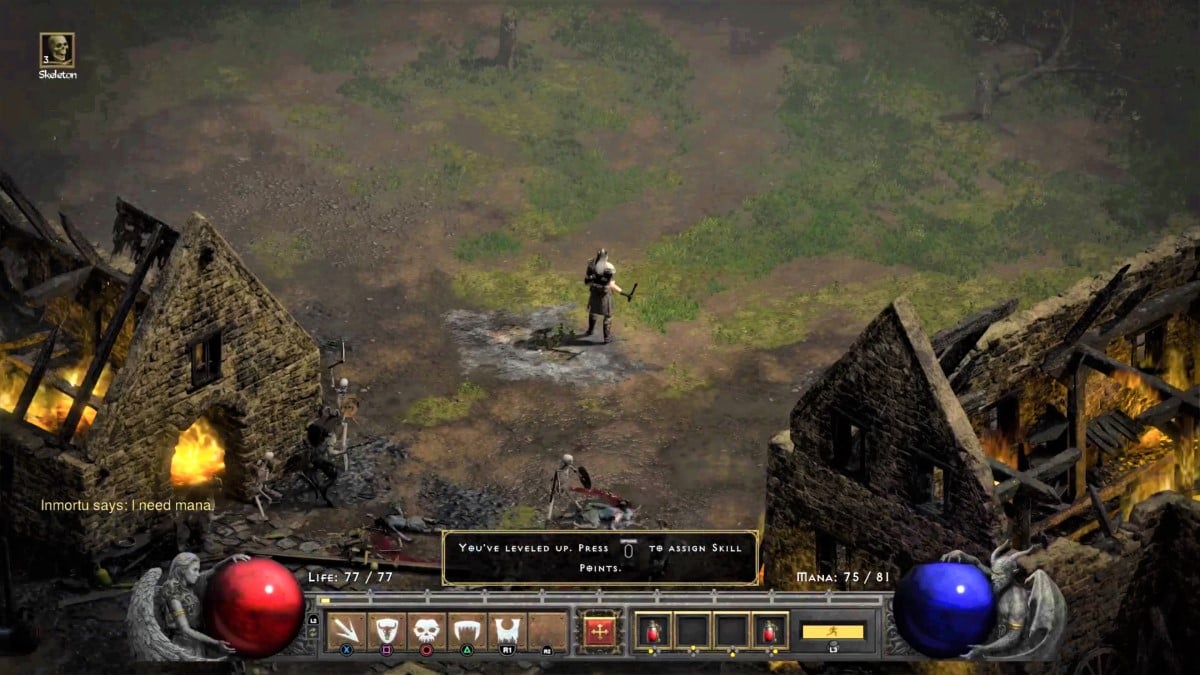 In general, it’s better to play online in order to level up fast, especially with a full party of four, and ideally with three other players who are higher level than you, but not that much higher. The way EXP rewards work means that the lowest level player gets the biggest share, but only if the enemy killed is no more than five levels higher than the player who kills it.

Yes, the EXP rewards are better on higher difficulty levels, but there are also harsh EXP penalties for dying. So, unless you’re already at such a high level that Normal difficulty isn’t rewarding enough, it’s not worth the risk of ramping up the challenge.

Experience shrines are marked with a glowing scroll, and can greatly accelerate your leveling up as long as you use them smartly. That means running around the map avoiding combat until you find one then, once you find one, going berserk on the horde of enemies that have gathered in your wake.

Certain areas of the game have high concentrations of enemies of high level relative to how far into the story they are. These sections are worth repeating when leveling up fast, but only while your level is within 5 of the enemies encountered.