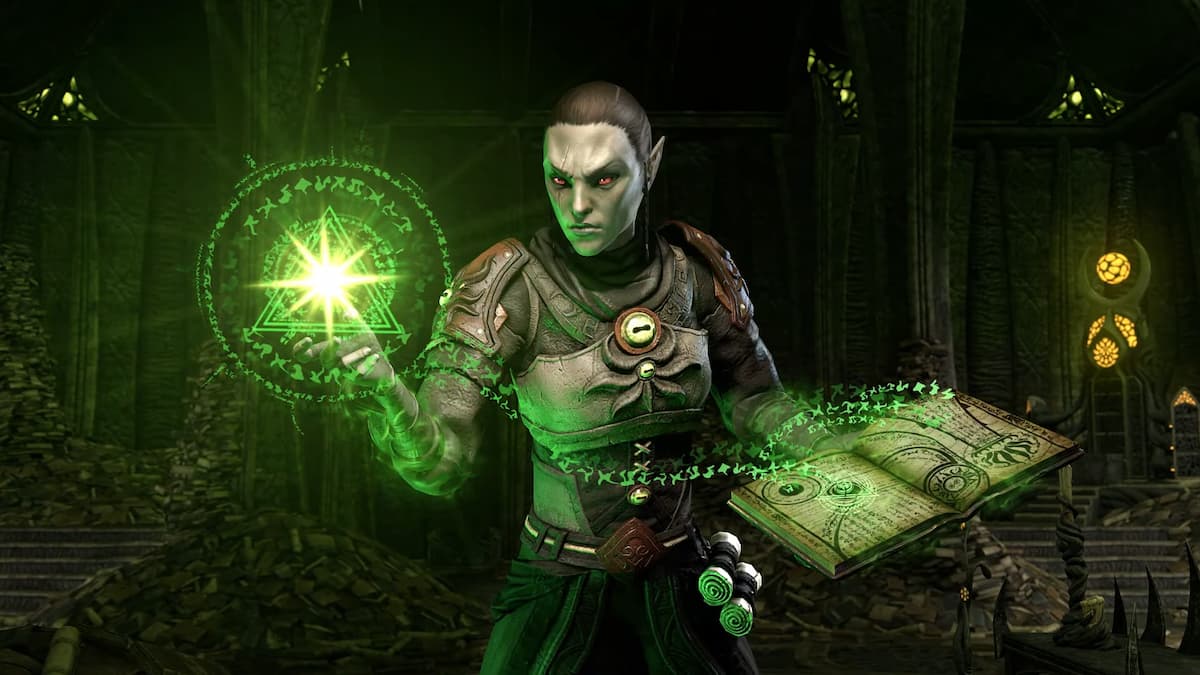 Elder Scrolls Online has consistently delivered new chapters to its ever-growing world, and with it comes tons of new content for players to enjoy and play. The next chapter of the game, Necrom, will release on June 20, for PC, Mac, Xbox Series X/S, PS5, and PS4, and preorders are now available for players who want to reserve their copy early. There are a couple of options to choose from, so we put together this guide that covers each version and what they include to help you decide which version will be right for you.

Those who preorder any of these editions will get some extra items when the expansion launches, namely the Sadrith Mora Formal Attire costume, Apocryphal Bookwyrm pet, x1 Unfeathered crate, x3 Treasure maps, and x2 Experience scrolls (+100% for 1 hour). You’ll also instantly get the Sadrith Mora Spore Steed and Spore Pony pair if you preorder before April 18.

The standard edition is the most straightforward and cheapest option available. This version will include an upgrade to your game and account and give you access to the newest expansion Necrom when it releases. This version will cost $35.99/£33.99.

The Deluxe upgrade edition offers those more invested players a little extra bang for their buck. This version includes everything from the previous edition, such as the additional items and an upgrade to the Necrom expansion. This edition also comes with even more in-game items and cosmetics. These include the Hermitage Servitor mount, the Cipher’s Eye Pocket Watcher pet, Dark Lady’s Headrest memento, Knowledge Eater Armor outfit style, the Leaning/Sitting/Standing Scholar emotes, and all the Collector’s Edition/Deluxe items from previous expansions (excluding preorder items). This edition will set you back $44.99/£42.99.

This edition is perfect for new players who want to jump into the world of ESO. As well as including the content from the standard upgrade edition, this version of the game includes instant access to the base game and all six of the previous expansions, these being Morrowind, Summerset, Elsweyr, Greymoor, Blackwood, and High Isle, as well as the newest expansion Necrom when it launches. This edition includes a ton of content and will only set you back $47.99/£49.99.

This is the most expensive and biggest edition so far and is made for players who want to do all in on the world of ESO. This edition includes everything from the previous versions wrapped into one big package. This means you’ll get the entire game and all its expansions, including Necrom and all the extra items and cosmetics we mentioned. For all this content, you’ll be paying a pretty pricey $63.99/£67.99.