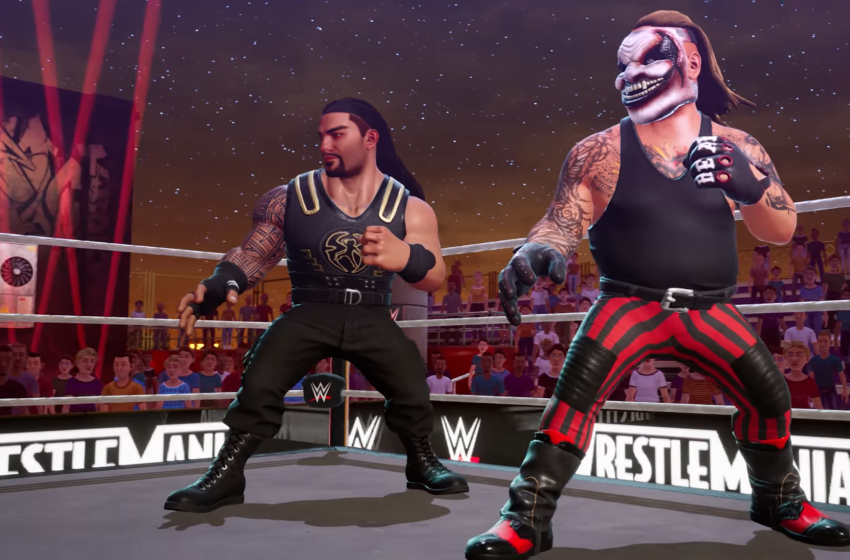 With the WWE 2K franchise currently on a hiatus, WWE 2K Battlegrounds will look to fill the void in the wrestling-themed video game market. However, don’t expect WWE 2K Battlegrounds to be anything like the WWE 2K series, as this game is an arcade-style experience that allows players to use striking combos, power-ups, and other new features. Because of this new concept, you can expect the control setup to be different as well. How different, you might ask? Let’s take a closer look.

In order to punch your opponent, all you have to do is hit X/Square (for Xbox and PlayStation users). To kick the opposition, press Y/Triangle. To attack the opposing wrestler while down, hit X/Square. While you won’t have to use a stick necessarily to connect with a strike, keep in mind that the opponent needs to be in striking range in order for you to be successful with a kick or a punch.

In addition to punches and kicks, you can also throw your opponent in WWE 2K Battlegrounds. Hit A/X to perform a throw, and use B/Square to throw the opposing wrestler away. Special throws can also be performed by either using the right stick and shifting it to a certain direction, or a combination of LT/L2 + Right Stick. Check your wrestler’s class to see what throws are available.

Thanks to the new arcade-style gameplay model that Take-Two and Saber Interactive went with for WWE 2K Battlegrounds, wrestlers now can use crazy combos and power-up to light up the opposition. In order to use a combo, you will need to press a series of buttons three times in a row to successfully perform one. You will also need to keep in mind that combos vary by class. Each wrestler belongs to a class, so make sure that you know which one your wrestler belongs to before using a combo.

In terms of defending, not a whole lot has really changed. The running controls still use a trigger button, but it has been re-mapped a bit. You will have to hit RT/R2 to run in WWE 2K Battlegrounds, as opposed to LT/L2 in WWE 2K20. To block the opposing wrestler’s strikes, press and hold RB/R1. You can also perform a parry, which can be done by tapping RB/R1.

Counters can also be an effective tactic to stop an opponent’s momentum. To counter a throw, you will have to press one of four buttons that will randomly appear on the screen to reverse the move.

The controls for hitting signature and finishing moves have also been re-mapped for WWE 2K Battlegrounds. To utilize one of these moves, you will need to hit LT/L2 + RT/R2 in order to complete one. Keep in mind that your Heat Bar will have to be filled all the way in order to attempt a signature or a finisher.

Going for a pinfall in WWE 2K Battlegrounds has actually stayed the same. Much like in WWE 2K20, you will need to press B/Square near a grounded opponent to attempt a pin. Submissions, on the other hand, have been changed up a bit.

To perform a submission, press and hold A/X to lock one in. Once you have done this, you will see a health bar with two trigger buttons (LT & RT for Xbox, L2 & R2 for PlayStation). Hit the trigger buttons in order to get the meter filled, as once you do, the opponent will submit. Keep in mind that you will have to wear your opponent’s health down in order to succeed with a submission. If the opposing wrestler has high health, it will be easier to break the hold.