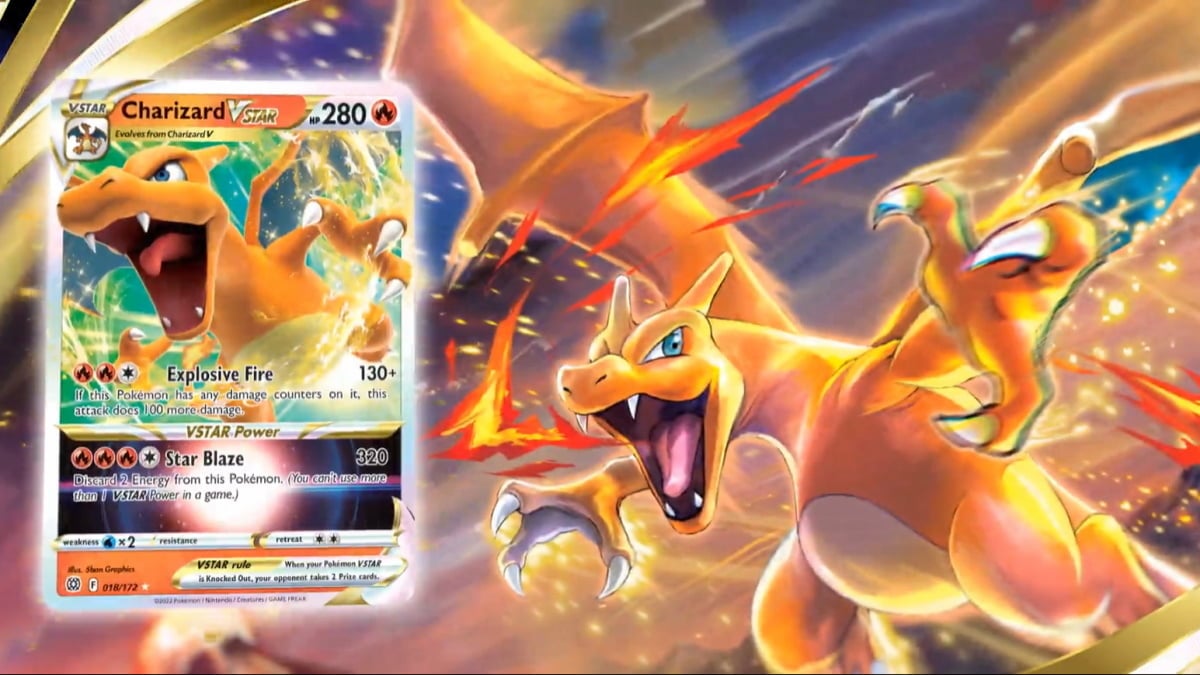 Trading is the name of the game when it comes to the Pokémon Trading Card Game. You can play the game through physical cards purchased in a store or as an application from your smartphone device and other outlets. Because trading is essential, you want the various types of rarities of the cards available in the game.

The rarer card you have in your possession, the higher quality trade you can acquire from a player. It also makes negotiating and potentially trading up from your previous card easier. Some Pokémon cards are noted to have sold for thousands of dollars if it’s the correct form of rarity and someone is willing to buy the physical version.

Related: How to catch Snorlax during Pokémon TCG: Crossover in Pokémon Go

There are many different rare cards, and there’s a simple way to identify their rarity. The more common ones will have a small black circle in the lower right or left portion of the card.

Uncommon cards have a black diamond.

Now, the rare cards have been broken up into several different forms. The more common rare card you can encounter is a holographic rare that has a black star on the bottom right corner, similar to the uncommon and common cards.

The holographic rare has a unique cover to it surrounding the Pokémon. It sparkles, lighting up far more than the traditional card does.

The next type of card steps things up a notch. The many cards in this category are considered a tier of Ultra Rare, higher and are much more challenging to obtain from booster packs. These cards have an EX, Star, LV.X, LEGEND, Prime, EX, and GX next to the name at the top of the Pokémon cards.

These stand out because they have unique graphics and two different varieties of these cards. First, there’s the half Pokémon body and the half art cards, where you can only see half of the Pokémon. The other one is where you can see the complete picture of the Pokémon in the picture.

The cards that have all of the Pokémon’s body in them, with one of the card identifications on it with sharp color, are considered rarer.

Beyond the half body and full body, Pokémon cards are the secret rare cards. You can identify these cards by the number in the lower right-hand section of it. Traditionally, all Pokémon cards have a number about where they are in the line-up. For example, the Pikachu card is 58/102, showing it’s the 52nd card out of the 102 it was released with at the time. The secret rare cards will be above that correct number.

Plus, they have extra flair to their card and have different art and colors than the traditional card.

Beyond the secret rare cards are the Rainbow Rare cards. They’re a bit more noticeable than the secret rare ones and go up higher than the traditional numbers shown on the card. You will automatically know you have one by the distinct sheen and various colors across the card. Some of these have sold for thousands of dollars.

After the various rare cards found throughout the Pokémon Trading Card Game, you have promotional cards. These cards are offered at special events and only for a limited time. You can tell they’re promotional based on the small icon on the middle left of the card, immediately under the card’s image.

The newest form of rare cards includes Tag Team cards and VMax. The Tag Team cards feature a pair of Pokémon working together, with their names attached to the top. These were initially introduced in the Team Up! booster packs.

The VMax cards come from the Sword and Shield Pokémon games where Pokémon were able to Dynamax, and the VMax shows off the Dynamax form of the Pokémon. Much like in the Pokémon game, the VMax cards come with a range of new abilities and an extraordinary amount of health, making them a valuable card to use in the game, and rare card players will want to add to their collection.

A step above the VMax cards are the VStar Pokémon Cards. These cards were released in the Sword and Shield Brilliant Stars collection with a VStart Power, which will be a unique attack or ability associated with the Pokémon. They can significantly alter a battle, and collectors will be looking for the holo rare VStars, such as the Arceus VStar, Whimsicott VStar, Shaymin VStar, or the Charizard VStar.