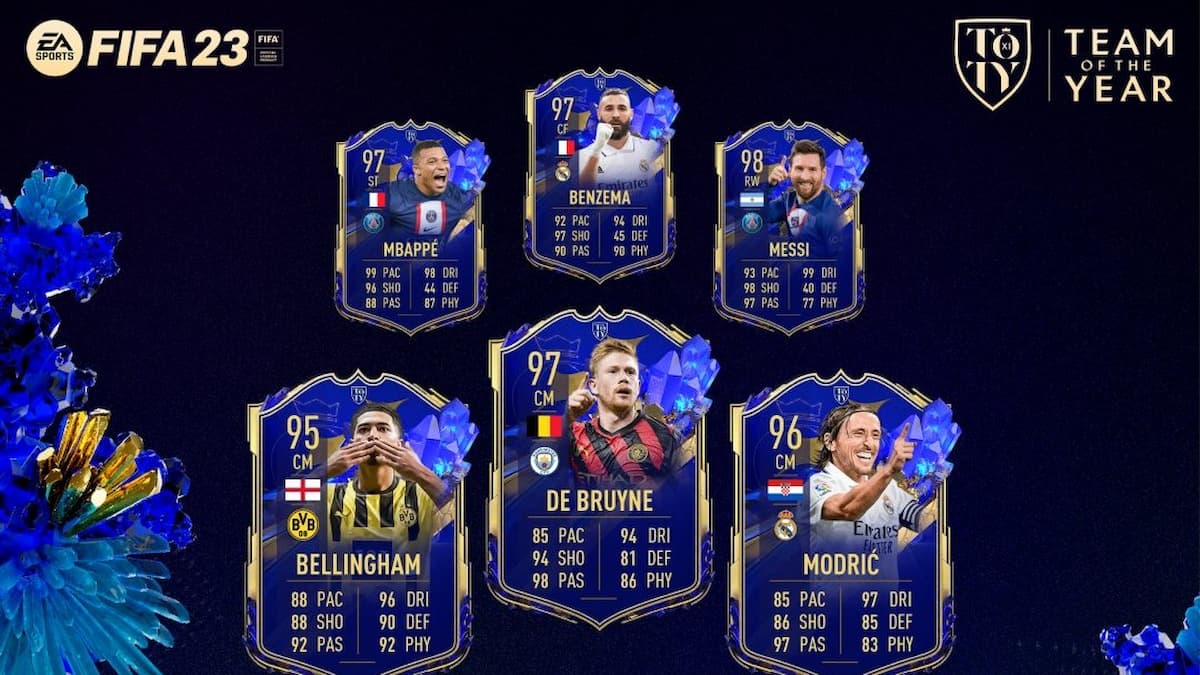 EA Sports and the FIFA 23 team released the eleven individuals who made the Team of the Year on January 19, but there’s still one more to be added. Much like in past FIFA games, there will be a 12th Man added to the Team of the Year. Of course, we don’t know who that player is yet, as EA Sports hasn’t made the choice known just yet. In fact, it’ll be decided via a fan vote as it is most years. Here’s how you can participate in the vote for the extra man.

Related: FIFA 23: How to complete End of an Era Gareth Bale SBC – Requirements and solutions

How to vote for the Team of the Year 12th Man

On January 23, EA Sports announced the finalists for the 12th Man for the FIFA 23 Team of the Year. The finalists are:

FUT users will have the option to vote for the 12th Man, but this election will not be conducted via EA’s website. Instead, users can enter FIFA Ultimate Team directly to cast a vote.

If players enter the Store, they should be re-directed to the FUT Hub. In the ‘Keep Items’ box will be an option for a Loan player. Users will have the option to choose either Haaland, Cancelo, or Valverde as the Loan player, and this will also act as the vote for the 12th Man.

It should be interesting who takes home the 12th Man award. Valverde had a breakout campaign with Real Madrid, while Haaland established himself as one of the game’s elite strikers. There’s also Joao Cancelo, a steady defender for the defending Premier League champions. We’d put our money on Haaland getting the nod, but these votes can go in any direction.