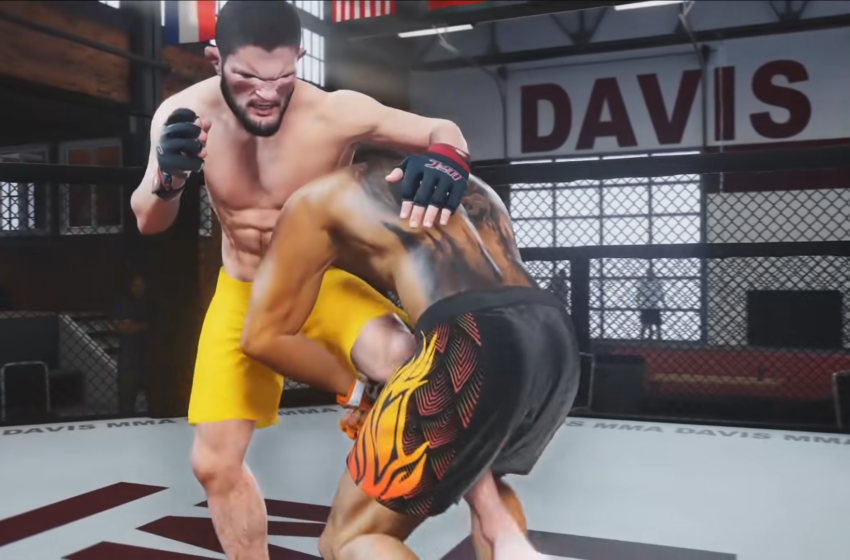 UFC 4 is now out, but before you step into the Octagon, there are a few things you need to know before stepping into the Octagon. Besides needing to know how to strike your opponent and lock in submissions, you need to know how to play defense. A strong defensive game in UFC 4 is critical, as knowing how to defend yourself will save you from getting beaten down. Also, a strong defensive game can make your opponent uncomfortable and aggressive, which could, in turn, leave the opposition vulnerable to a counter-attack.

With that said, let’s go over five defensive tips you need to know for UFC 4:

Know how to move around

It’s important to make sure that you’re comfortable moving your fighter around the cage before entering a fight. To move your fighter, use the left analog stick to guide him or her towards your opponent or away. If you’re low on stamina and health, make sure to use the left stick responsibly, as moving the fighter around to evade the opposition can help you regain energy and allow you to get back on the offensive.

Make sure you know how to block

When the opposition attempts to close in on you, it’s more than likely he or she is trying to land a strike. While it’s inevitable that your fighter will get hit with a few shots during a fight, you need to limit the damage. Blocking shots can go a long way in accomplishing just that.

In addition to blocks, dodging can be an effective tool when it comes to avoiding strikes. To perform dodges, you’ll need to use the right analog stick on the controller. Moving the right stick to the left, right, and down will allow you to sway your character to either the left, the right, or away from the fighter, respectively. Be careful, however, when dodging, as moving the stick in the wrong direction could be detrimental, as you could walk right into a jab or a kick.

Be mindful of the takedowns

Another important point to keep in mind is knowing how to prevent takedowns. The last thing you want to happen to you is to get pinned down by your opponent, especially if said opponent has great prowess on the mat. If your opponent is attempting a takedown, press the LT/L2 and RT/R2 triggers simultaneously. This will allow you to fight back against an attempted takedown.

But if you’re looking for some additional protection, flicking the left analog stick up or down when pressing both triggers could be even more effective when it comes to preventing takedowns. While EA has not confirmed that using the left stick helps avoid takedowns, one YouTuber has had success with it.

The most important tip we could give you regarding defense in UFC 4 has nothing to do with controls. It does, however, have everything to do with your eyes. When attempting to protect yourself, you need to keep your sights on your opponent. Keep an eye on when your opponent at all times, and if you a strike coming your way, make sure you do everything in your power to either block the shot or dodge it.