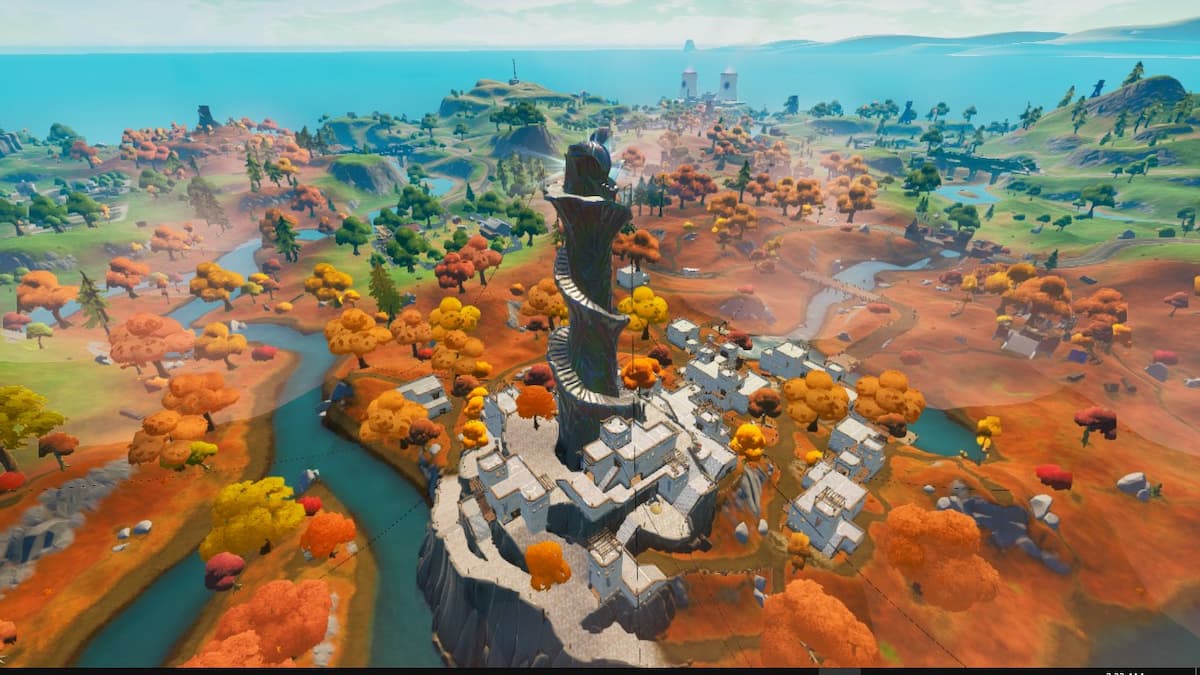 The Fortnite Chapter 2 Season 6 map has leaked, thanks to the hard work of VastBlast on Twitter. It is not a total map change, sadly, and much of the map appears to remain intact. There are lots of new places to see, thankfully.

The desert at the center seems to have turned into a massive forest that has exploded outwards, crawling toward the sea in all directions. It also looks decidedly autumnal.

For now, this is what we believe the new named locations to be called, although it is hard to confirm right now which of the older named locations remain intact, as opposed to are simply visible on the map. We will need to be able to jump into the game ourselves to really confirm anything.

It will also be interesting to see how these map changes impact gameplay, and what new mechanics have been introduced to the game. We suspect The Spire is about to become a hotdrop for the next day while everyone takes a loot at the new centerpiece of the map.