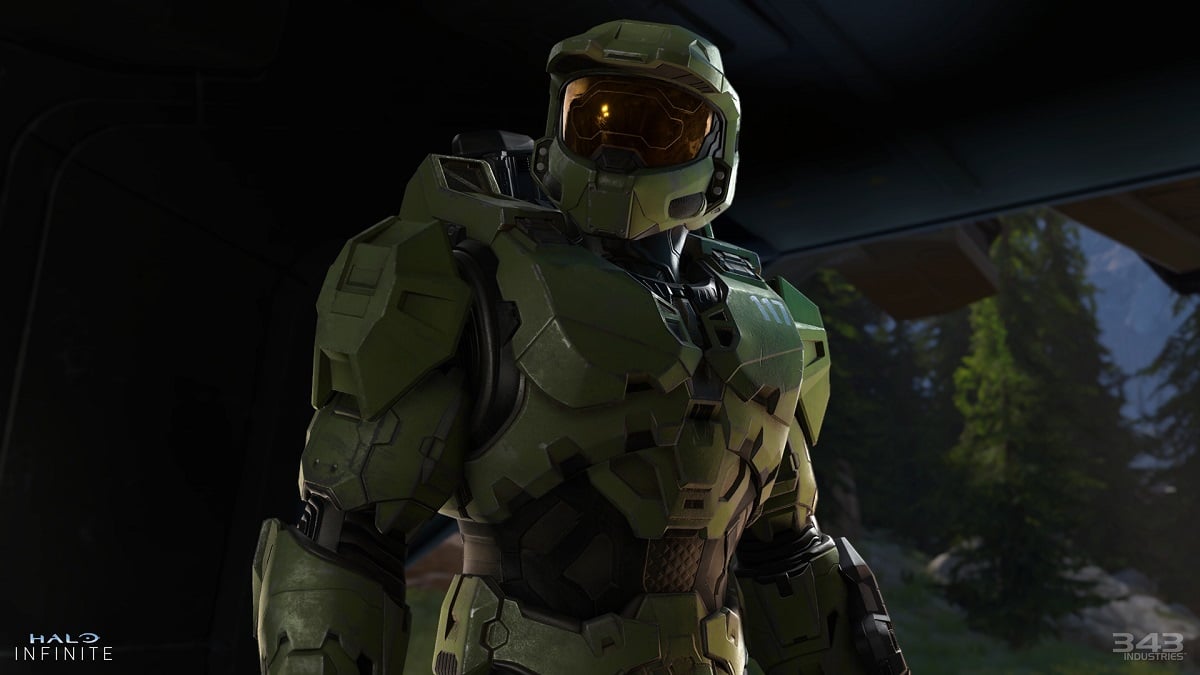 Halo Infinite carries on the Halo tradition with the inclusion of skulls. These collectibles act as modifiers to the gameplay experience, making the game easier, more exciting, or more difficult depending on the skull in question. Our previous guide detailed finding the Boom skull in the first level. The guide below will help you find the Cowbell skull on the second level of the Halo Infinite campaign.

The second level is still linear, meaning there shouldn’t be many issues navigating this space. At some point during the level, you’ll walk through a gigantic room with lit-up slabs swirling around. After making your way through the slabs, you’ll be reunited with Cortana’s replacement. After transferring the AI into Chief’s suit, the platform begins moving.

At the end of the elevator ride, you’ll come upon an enclosed room with apparitions of children. The room just past this opens up, featuring large pillar-like structures and a deep chasm. The skull is precariously placed on a platform high up in this room, pictured above.

You’ll notice a single piece of architecture hanging from the ceiling with an indent, indicating it is a possible platform to step on. You will need to use the grappling hook to mount the second space on either the room’s first or second pillar. A yellow symbol appears in the reticle’s center to indicate grappling range.

Once on this second space, you’ll need to be very careful as it’s easy to slip off. This next part, though, is the trickiest. To be within range of the ceiling structure, you’ll need to slowly push your model up against the pillar until the symbol turns yellow.

At this point, it’s a matter of trial and error. One risky but equally viable strategy involves jumping and then grappling, attempting to use that momentum from the jump to your advantage. Don’t worry about falling into the chasm, as the most recent checkpoint was triggered in that room. After however many attempts it takes you to nail down the grapple without overshooting or undershooting the platform, you’ll be rewarded with the Cowbell skull, which increases the acceleration from explosions.