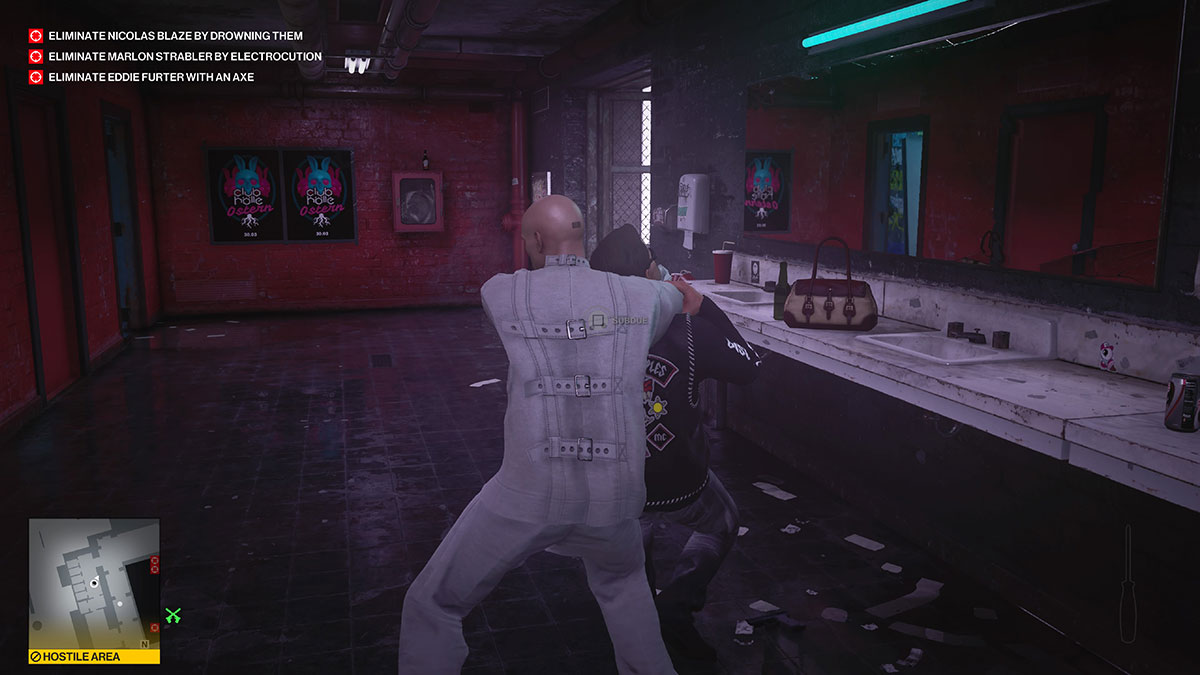 Hitman 3 has six Deluxe Escalations. Players can access them through the Deluxe Edition of the game or by purchasing the Deluxe Access Pass. However, not all of these missions were created equal. Some offer a meaningful challenge, while others feel like they were slapped together in a rush, with barely any challenge to them whatsoever. We’ve ranked Hitman 3’s Deluxe Escalations from worst to best in ascending order in this list. It only gets better from here.

At the bottom of the pile is The Percival Passage. This Deluxe Escalation is set in the Dartmoor location and is the easiest to complete by far. While there is some level of challenge to be found across the three levels, you only experience this if you’re trying to complete them with a rank of Silent Assassin.

There’s nothing different about the map in this Deluxe Escalation. While that makes it easier to understand for those without decent map knowledge, it doesn’t feel like it should be anything exclusive or special. The real benefit of playing through and completing this is that you get to see Agent 47 prance around in a hunting outfit as he ruthlessly murders his targets.

While The Gauchito Antiquity is undoubtedly one of the most memorable Deluxe Escalations, it’s not that satisfying to play through. The first level is superb — players need to scour the Mendoza map four three brand new items, two of which are emetic poison tools with a lot of potential. Though after that, the second and third levels never live up to the same level of tension and challenge.

What is interesting is the way the third level of this Deluxe Escalation subverts your expectations. Instead of making the most of the new devices at your disposal, you need to use the map in a way that fits with the mission’s themes. This leads to one of the most stressful sequences of killing targets we’ve ever experienced in the game. Ultimately though, it feels much more like a collection of user-generated Contracts rather than a Deluxe Escalation.

The Proloff Parable was the first Escalation for the final location in Hitman 3, the Carpathian Mountains. It definitely makes the most of that location, the map of which is set entirely on a train. However, the location also limits it so much that there’s no way for it to stand up against the Deluxe Escalations further down this list.

Players get to become a ninja in this Escalation, which is fantastic, but the second level is the biggest letdown for Hitman fans. It tasks players with killing enemies as they move through the train. Each kill resets a timer, allowing them to continue with the mission. Unfortunately, this makes it impossible to end the level with a rank of Silent Assassin. That’s not something every player will be bothered by, but hardcore fans certainly are.

On the other hand, this Escalation does do a great job of making the most of a terrible map. It’s a solid reminder of why Hitman games have shifted to much more open-world sandbox maps rather than maintaining a linear path through small open sections.

The Asmodeus Waltz is a brilliant Deluxe Escalation. It explores the map of Dubai thoroughly and tasks players with taking down as many targets as possible. It also has a visual element that makes it feel like a bad trip that Agent 47 is going through. We have to add that the outfit players earn by completing it is also the best of all Deluxe Escalations.

The final level of this Escalation is the true highlight, though. Players must take down their targets using a weapon that they must conceal whilst wearing an outfit that looks insane. Traversing the map in this ludicrous suit and finding new ways to isolate NPCs so that you can gun them down is a real joy to play. It’s also one of the most challenging Silent Assassin runs to pull off.

The Lee Hong Derivation is a clever, sophisticated Deluxe Escalation and is only let down by its third level. Over the course of each level, players get to better understand the path that they need to follow. New complications also teach them how NPCs will behave in the wider game, creating an interesting experience if you’re new to the game. The final level is the culmination of everything you’ve done over the course of the last two levels and feels almost perfect.

However, that final level has an almost unreasonable time limit associated with it. While it’s a phenomenal challenge to overcome, particularly with a rank of Silent Assassin, it almost feels too difficult. Adding a timer to a mission doesn’t necessarily make it more interesting. It just means that players are forced to perfect their route and optimize their speed.

The one thing that sours the experience is a target in a cable car. You have two opportunities to kill him. If you miss the second, which is right at the end of the mission, you need to restart. It’s infuriating when this happens, but that’s all part of what makes this Deluxe Escalation feel so unique. Fortunately, the next entry on this list shows that the developer learned from this mistake.

The Satu Mare Delirium is the crowning jewel of Hitman 3’s Deluxe Escalations. Not only is it set in a revamped version of the Berlin location, but each level is also sequential. The point at which you finish level 1 is where you’ll start level 2 from. By the end of the Escalation, you’ve covered most of the map and have been forced to think of new strategies to help you work around the new NPC and item placements.

The entire map is littered with monkey toys that will clang symbols if you get too close to them. This draws in guards and can be a real pain if you don’t have a route forward planned. Those toys, and the fact that Agent 47 is in a straitjacket for all three levels, make the Escalation feel like a wild fever dream that the protagonist is going through before he awakens in the final story mission.

No other Deluxe Escalation feels as satisfying as this one, which is why we’ve marked it as the best. It makes you think and does a great job of cutting any apron strings that might have been left using the normal Berlin map.