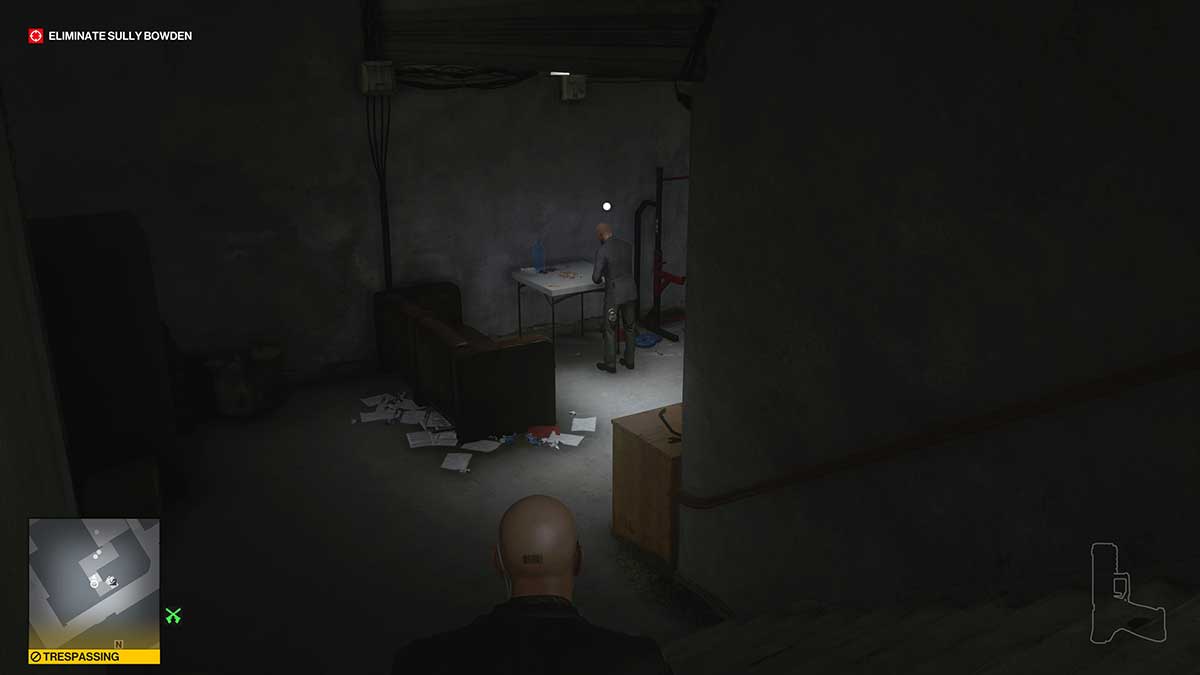 The Rage is a brand new Elusive Target for Hitman 3, set in the location of Chonqing. The target has been setting up illegal fights between the local homeless population, and he’s known for letting it go too far. While he only has one bodyguard with him, this is still a hard Silent Assassin run to pull off. In this guide, we’ll explain how to kill the target and complete the mission with the rank of Silent Assassin.

Since this is an Elusive Target, you only have one chance to get things right. Once you start completing objectives, which means killing the target, you can’t restart or replan anything. We advise following our route a couple of times to familiarize yourself with the most dangerous points. Then, when you’re comfortable, you can take it on and go for the kill.

You don’t need anything fancy for this Elusive Target. The only item you must have is some sort of distraction, such as the coin. It’s also helpful to have a silenced pistol, but you can use your bare hands if you don’t fancy it. The suit we’ve opted to go with is the one you get from The Wrath Termination. It’s also necessary to use the River-Side Walkway as a starting location to get timings lined up.

Step 1: Get to the target

From the starting location, run into Chongqing and make your way to the scooter exit location. Nearby is some bamboo scaffolding that you need to climb up. See below for a map reference for the scaffolding.

At the top of the scaffolding is a window. Go through the window and wait for the guard on your left to walk in and settle against the wall. Once he’s in position, you can move to the right and run all the way to the end of the corridor.

At the end of the corridor, turn left. A scientist is looking at the wall at the end of the hall, but she never turns. You can run past her back and vault over the wall you can see behind her. Then, grab the pipe next to the ledge and slide down. You need to go in the door at the bottom of the pipe.

The target will be walking into the room at the bottom of the stairs shortly.

Go down the first set of stairs and lean against the wall. The target will have a conversation with someone behind the wall, but his bodyguard will walk to the bottom of the stairs and wait. Use a coin to distract them and draw them up the stairs to your location. When they’re nearly there, subdue them from around the corner. Repeat this process to draw out the second guard as well.

While it’s not the most inventive way to kill the target, drawing him up to you with a coin is the easiest way to take him down. In our playthrough, we found that he was already about to walk up the stairs by the time we’d dealt with the guards. This meant that we had the time to subdue him and kill him before he left the area.

To exit, you need to return the way you came. Go up the pipe, vault the wall, and along the corridor. Turn right and then wait for the guard at the end, near the window, to walk away. Then, jump out of the window, slide down the bamboo scaffolding, and exit using the scooter.