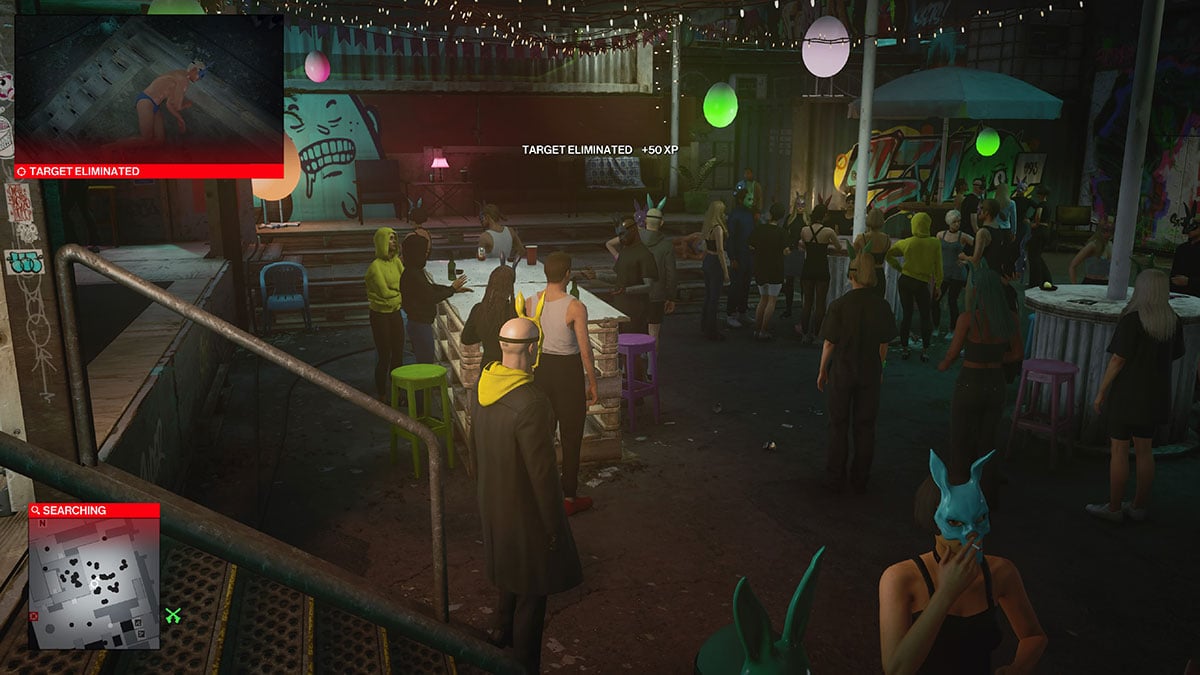 The first seasonal event in Hitman 3 is finally live. The Berlin Egg Hunt is a new Escalation for Berlin, providing players with an Easter-themed version of the location and a brand new way to hunt and kill targets. In this guide, we’ll provide a route through the Escalation that achieves a Silent Assassin rank.

The theme for this Escalation is that you’ll have access to several Easter Eggs that you must use to take down your targets. The Easter Eggs and their uses are as follows.

During this level of the Escalation, you must follow the White Rabbit. You can’t kill or pacify him, and you have a restricted loadout. That means no choice of weapons or starting location.

The White Rabbit will lead you to a couple of guards. Throw the Blue Easter Egg you’re holding at them to subdue them. Walk away as the gas clears and they fall over. Then, pick up the second Blue Easter Egg, which is conveniently sat on the floor. Before moving on, change into one of the guard’s outfits.

Your first real target is the Yellow Rabbit. He’s standing in a pool of water, checking out one of the large rabbits in the area. There’s a car battery next to one of the trees as you get close to this area. Pick it up and smash him in the head with it. Then take his disguise. This will complete the objective, but now you need to get back into the guard disguise so you can pass through ahead undetected.

If you want it, there’s a Yellow Easter Egg beyond the Yellow Rabbit that you can pick up. You could also use this to take him down if you want. Now, continue to follow the White Rabbit and pick up Easter Eggs as you see them.

At the bottom of the path, you’ll have to be frisked by a guard. Since you’re wearing the guard disguise, you’ll get through no matter what you have on you. Keep following the White Rabbit as he runs through the security zone. The guards won’t care about you being there because of your disguise.

Your next target is the Pink Rabbit. Head over to him, but then move behind him to the opposite side of the red beam that’s lying in the grass. There should be a Red Easter Egg on top of it. Use it to kill the target.

Following that kill, you can run behind you and out the exit to complete this level of the Escalation.

In level 2, you’re given three Rabbits to kill, Red, Blue, and Pink. You also cannot change your disguise at any point during this level, or you’ll fail.

This time around, you start at the club, so there’s no need to head up and down the radio tower. From here, head towards the same security area you passed through in level 1. There’s a Blue Easter Egg before you reach them. Pick it up.

Instead of passing by the guards, head right into the area next to them and over the wall in the corner.

Below is a map reference for this wall.

The Pink Rabbit is off to the right in front of the Red Easter Egg’s position. Move along and use the Yellow Easter Egg as a distraction to lure him into the bushes. When he’s in the bushes, subdue him and snap his neck.

Now move across to the area opposite these bushes. Stick to the left of the low concrete wall. There’s another Yellow Easter Egg to pick up here. Keep crouched and move through the bushes until you find the gap in the fence. This is how you can pass by the guards.

As you head forwards from here, there is a Green and Blue Easter Egg on the floor. Pick up both. Now go through the door and into the back of the club. Follow the path right and then keep left and head towards the juice bar.

Below is a map reference for the juice bar.

Wait for the Blue Rabbit to move away from the juice bar before doing anything. As he walks away, drop a Green Easter Egg in front of him. This will cause him to pause and dance a little. After that, though, he’ll be poisoned.

Follow the Blue Rabbit to the toilets and drown him. This is an accidental kill so it doesn’t matter if anyone sees the body.

To get to the third target, head out of the toilet area and over the bridge to your right. Don’t go up the steps to the bar, instead, head left and go around the back of it. There’s a second set of steps here. Go up them and through the blue doors. This will take you into a long room with no one else inside.

Go through this room, take the door on the right to get out, and then the doors on the left at the bottom of the steps to get out of that area. Head forwards and to your left, towards the blue container. You should be able to see the Red Rabbit with instinct now.

Before taking out the target, pick up the Green Easter Egg in the corner of the container. Throw it at the guard’s feet to poison them and have them walk away. You may need to use one of the other Green Easter Eggs that you picked up earlier to gas the second guard if the gas from the first misses them.

With those guards out of the way, you’re free to run up to the Red Rabbit and drop the Red Easter Egg in front of them. This will kill them, but because it’s poison gas, it’s an accidental kill.

To get to the exit, head forwards until you can’t go any further. Then go right, and you’ll find a low wall you can jump over. At this point, you should see that you’re outside the club and no longer trespassing. Make your way to the exit at your leisure.

Level 3 has the same objectives as level 2. However, there’s an added complication. All this means is that the targets are in new locations. If you’re quick, they should stay in those locations too.

From the start, move forward and grab the Blue Easter Egg next to the concrete block at the large structure’s foot to your left. Then, move forward towards the security area again and pick up a second Blue Easter Egg in front of them. Sneak by these guards over the wall as you did in level 2. Make sure you grab all the same Easter Eggs as you see them.

Follow the same path to get into the back of the club. The only difference is that you haven’t killed a target yet. Go over the bridge and make your way to the red container with a pink elephant on it.

Below is a map reference for this container.

When the Pink Rabbit comes over, drop the Red Easter Egg in front of him. This will kill him without alerting any other targets. As soon as you’ve dropped the Easter Egg, vault onto the white container behind you, go across it, and drop down.

There is a Red Easter Egg at your feet here. Pick it up. Now move around the corner and select the Yellow Easter Egg. We need to wait for the target beyond the door to come towards the container we’re in. When they do, open the door and throw the egg inside. This will draw the target in.

As soon as you’ve thrown the egg inside that container, run out and head up to the next target. It should be the Blue Rabbit, and he will be walking across the raised platform at the top of this area. Drop the Red Easter Egg in front of him.

Now, quickly run back into the container and subdue the Red Rabbit. Snap his neck, and then the fourth target will be added to your objectives. Drag his body backward and dump it in the bin in this area.

The final target is very tricky to kill. Head back out of the container and towards the back of the bar. The area where you went up the steps and through the blue door in level 2. Before you get there, you should see the White Rabbit again. Follow him.

The White Rabbit leads you to the third and final Red Easter Egg. Pick it up.

Below is a map reference for the Red Easter Egg.

Now you need to climb down the ledge directly in front of you and shimmy into the area to your left.

Here you need to do the same thing that you did for the last target in level 2. However, instead of using Green Easter Eggs, use a Blue one. The area of effect is much larger, so it’s better for this run.

There is a guard NPC in the background who will react when the guards are subdued. However, she’ll lose her enforcer status once they do, so you can walk around in front of her without being caught. You still need to subdue her, though, because she can see the bodies and ruin the Silent Assassin rank.

Grab the Blue Easter Egg by the crates, and move towards the target across the metal walkway. At the end, there will be a guard who moves to the far edge, where the walkway meets the ground. Wait for him to come back on his patrol and use the circular structure to sneak past him.

Head left towards the next guard. Hide behind the white container if he walks towards you, and wait here for him to pass before you continue on that path through where he was. All of these guards are lined up so that they’ll see if any one of them is taken out. Stealth is crucial.

Below is a map reference for this container.

Your target, the White Rabbit, will be running around the area to the right. Move up there and throw the Red Easter Egg at his head when he pauses. This will kill him.

To exit, use the Yellow Easter Eggs to hit the next two guards in the head and get out of the area to the exit. You’ll need to hit them one after the other with little space between the hits. This will allow you to pass them by without them seeing you. Alternatively, you can head back the way you came and get to the exit via a safer route. 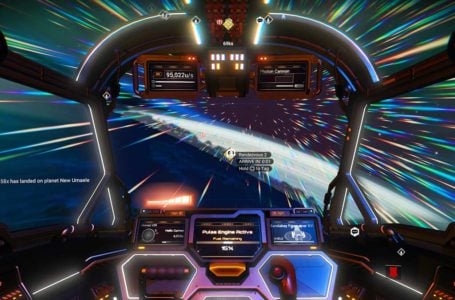 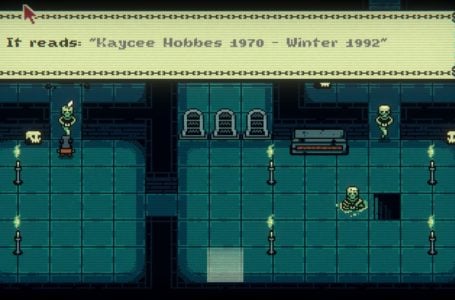 How to register for Free Fire OB31 Advance Server APK 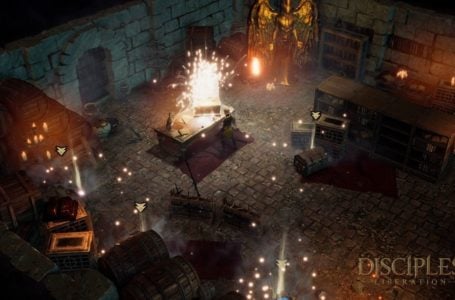