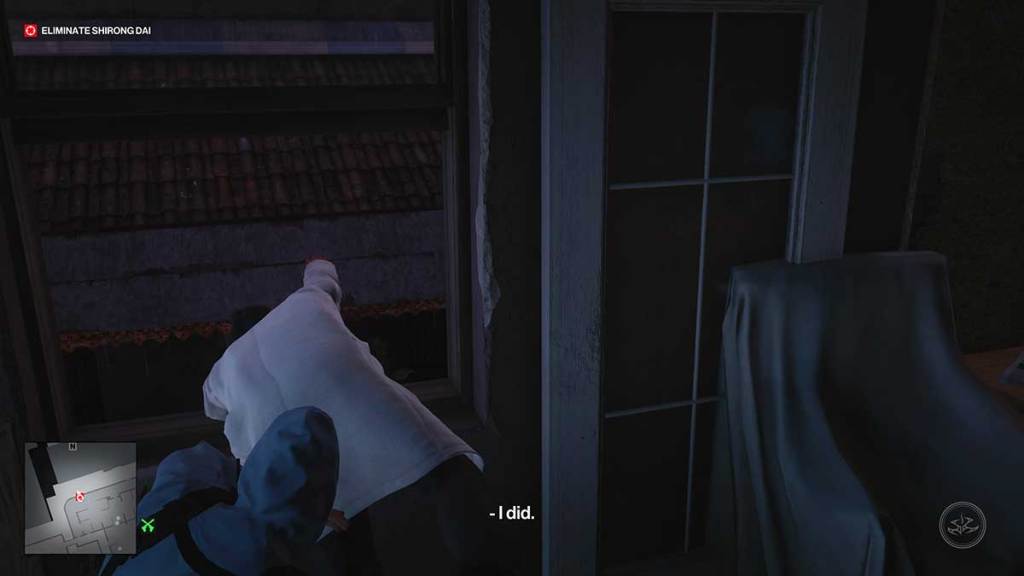 Corporate Interests is the first of three Featured Contracts in Hitman 3. It’s set in Chongqing and eases you into a story that the creators have put together rather nicely. This guide covers a quick route through the mission that also nets you a Silent Assassin rating.

The loadout for this Contract is deliberately simple, with the only exception being the starting location. You’ll need to start in The Block starting location because it allows you to dress in the Block Guard uniform. This is a requirement of the Contract, so going with it will ned you more XP. The Greedy Little Coin we’ve brought with us is from The Greed Enumeration Escalation.

Step 1: Get to your target

From your starting location, stop blending in and enter the room to your left. There’s an enforcer in here, so keep an eye out for where they’re looking. You should be able to move around their back to get to the hallway at the back of the room. You need to get to the window in the hallway because there’s a camera on the stairs that you can’t move around without being seen. Below is a map reference for this window.

Climb up the drainpipe on the wall and then enter through the window at the top. This will get you onto the same floor as your target.

We need to kill this target with a fall, so make your way to the nearby open window. This isn’t the one you’ll have climbed up. Below is a map reference for this window.

Flip a coin against the wall underneath the window. This will only draw the attention of your target, so wait for him to approach. Once he’s at the window, walk up behind him and push him out. This will kill him with a fall and count as an accident kill, so it doesn’t matter that his body is found immediately.

Vault through the same window you just pushed your target out of and slide down the pipe. Enter the hallway, and you’ll be in the same room you were just after the mission started. Now, you need to head left to the stairs with the camera on. Once again, carefully avoid the enforcer who can see through your disguise. Go down the stairs and then move forward along the corridor. There’s a second set of stairs at the end to your left.

These stairs usually lead to a locked door. However, the guards inside are picking up the target’s body, so the door is open. Run out and head to whichever exit you want to use.