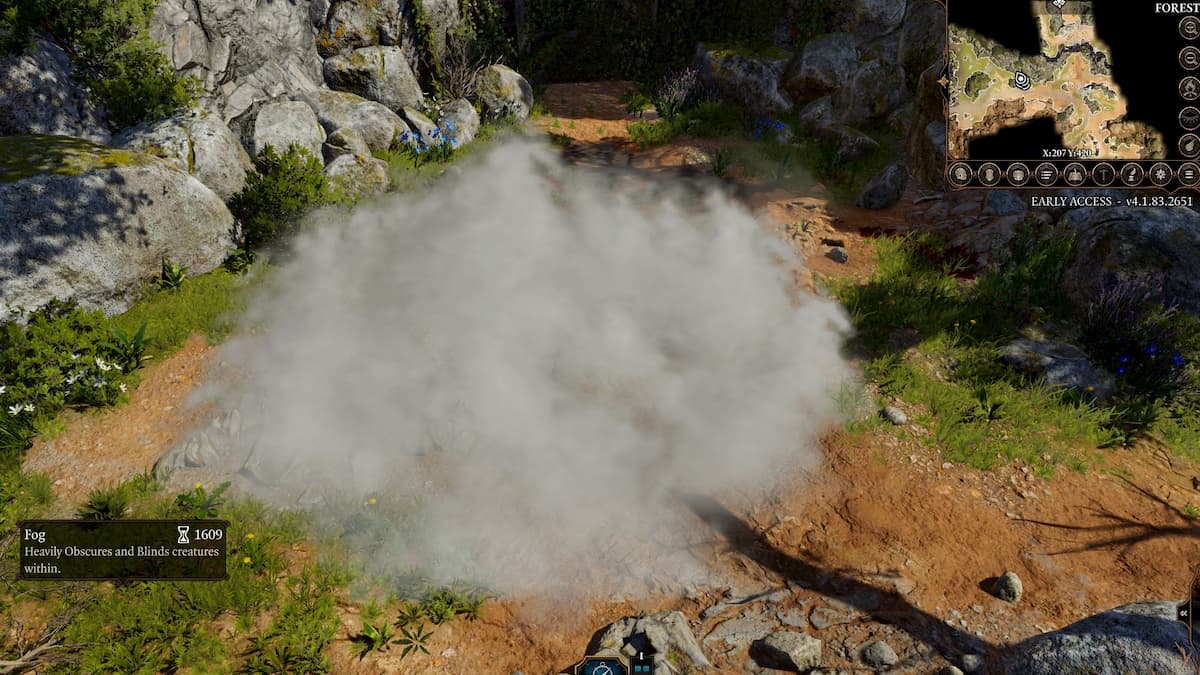 Whenever a spellcaster attempts to perform a spell in Baldur’s Gate 3, some of these attacks require all of their attention to manifest. For example, a wizard trying to create a shroud of fog cannot summon the spell and then have it linger. They have to continually think about that spell, and make sure it remains active during combat. This requires a spellcaster to maintain concentration. If a spell requires a character’s concentration, they continually keep that spell in place, but if that concentration is broken, that spell dissolves, and the spellcaster has to cast it again to summon it once more.

Concentration is also required for some abilities. For example, a ranger, a minor spellcaster, can use Hunter’s Mark on a foe. If their concentration is broken, the spell fails, and they will have to reapply it.

Concentration is also required for some abilities. For example, a ranger, a minor spellcaster, has the ability to use the attack called Hunter’s Mark on a foe. If their concentration is broken, the spell breaks, and they will have to reapply it.

You can see how long these spells will remain active in the world by hovering over the effect and seeing the timer on the left side of your screen.

Make sure you read what spells and abilities require concentration, and if they do, keep them further away from the action. You don’t want your spellcaster to go prone from an enemy attack, disrupting the illusion they cast to keep the ogre’s attention occupied while the other party members were attempting to flank it.