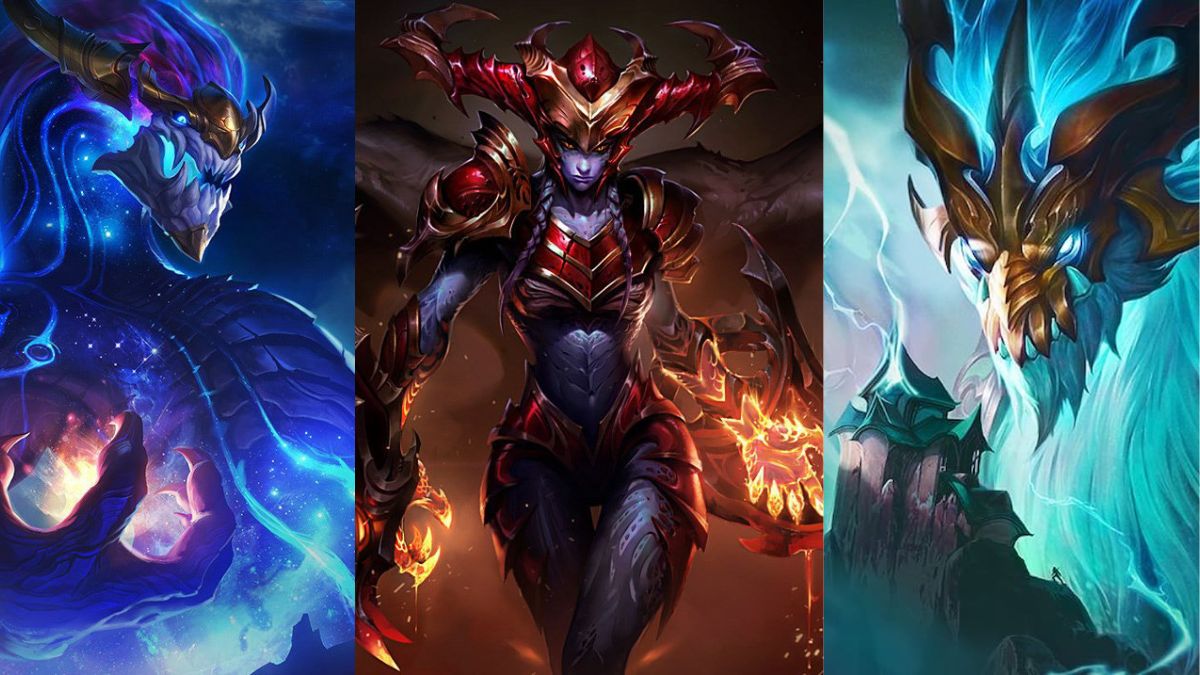 Throughout Sets 7 and 7.5 of Teamfight Tactics (TFT), dragons have been the star of the show. That’s unsurprising, considering that’s the whole theme of this set series. For people still trying to resist the dragonfire, you’re probably having a hard time in games. The best way to beat them is either to understand them or to give in and join them. So whether you want to become the next dragon master or dragon slayer, let’s go through what TFT dragons (and their trait) really do.

In practice, this trait has a lot of similarities to its Set 7 form. Each dragon takes up two slots on your board. Whichever dragon is on the board adds +3 to a specific trait (for example, Sohm adds +3 to Lagoon). However, in the last set, the trait was only active if you had a single dragon on the board. If you had two dragons, those +3 traits are negated.

When it comes to Set 7.5 dragons, though, having extra ones isn’t punished but instead encouraged. With each Dragon you manage onto the board, these scaly beasts get bonus traits:

While it’s understandably difficult to get a five-dragon stack (you’d need to buy up to level 9 to get the full effects) but that doesn’t mean the buff isn’t powerful. After all, putting a four-dragon armada on the board is a popular build, using Idas and Terra as tanks and letting Shyvana and Ao Shin do all the scary damage.

What augments affect that Dragon Trait?

Set 7 had a trait that let you collect more than one dragon (Dragon Alliance), so it’s no surprise that Set 7.5 has some augments that make big changes to dragons, too.

The first is Dragon Imperialist, which is a great option if you’re only looking to build one damage-heavy dragon on your board. If you only have a singular dragon, your dragon will execute enemies below 25% health.

For all-dragon teams, though, Age of Dragons is invaluable. If your board is only dragons, every fifth attack from each dragon fires a Dragonsoul blast. It deals magic damage equal to 15% of their target’s max health. With this, your dragon batallion will pack an even harder punch. As a plus side for early dragon lovers, these augments also offer up Zippy and Nomsy.