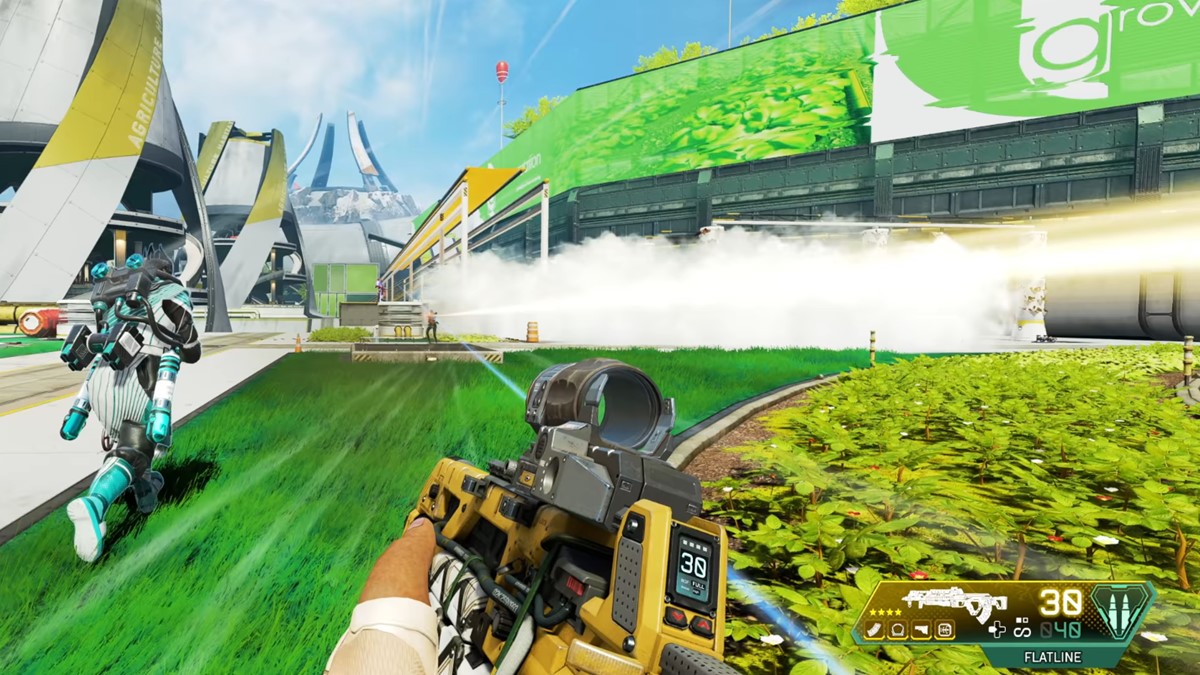 Optics, stocks, barrel mods, Hop-Ups — there is no doubt that kitting out your weapon is a big part of how you approach a battle in Apex Legends. But the thing about Hop-Ups is that come-and-go. For example, the Anvil Receiver Hop-Up for the R-301 Carbine and the VK-47 Flatline was introduced in Season 3, but was removed in Season 5 and hasn’t been seen since — until now.

Airdrop Escalation, the brand-new Limited-Time mode that will be inserted into Duos and Trios as a temporary takeover, is full of fully-kitted weapons, from the recognizable gold-tier (legendary), down to a blue-tier (rare), and even up to a red-tier (heirloom). The thing that really caught our eye though was that the gold-tier Flatline in the trailer was kitted with an Anvil Receiver.

What the Anvil Receiver does

The Anvil Receiver is a Hop-Up that decreases rate of fire and uses two ammo per shot in single fire mode, but it also increases semi-auto damage by around double. The Hop-Up in some other languages is more appropriately translated as the “Double Impact,” and it does just that.

Airdrop Escalation’s inclusion of the Anvil Receiver could mean one of two things. One, the Anvil Receiver may be coming back, and we may see it as a stand-alone item again, either now or season 8. Two, the takeover is bringing back old Hop-Ups, which would mean we may also see the likes of the Selectfire Receiver, and maybe even the Disruptor Rounds (probably not this one, but we can dream). But they will only be kitted into weapons, never as standalone items.