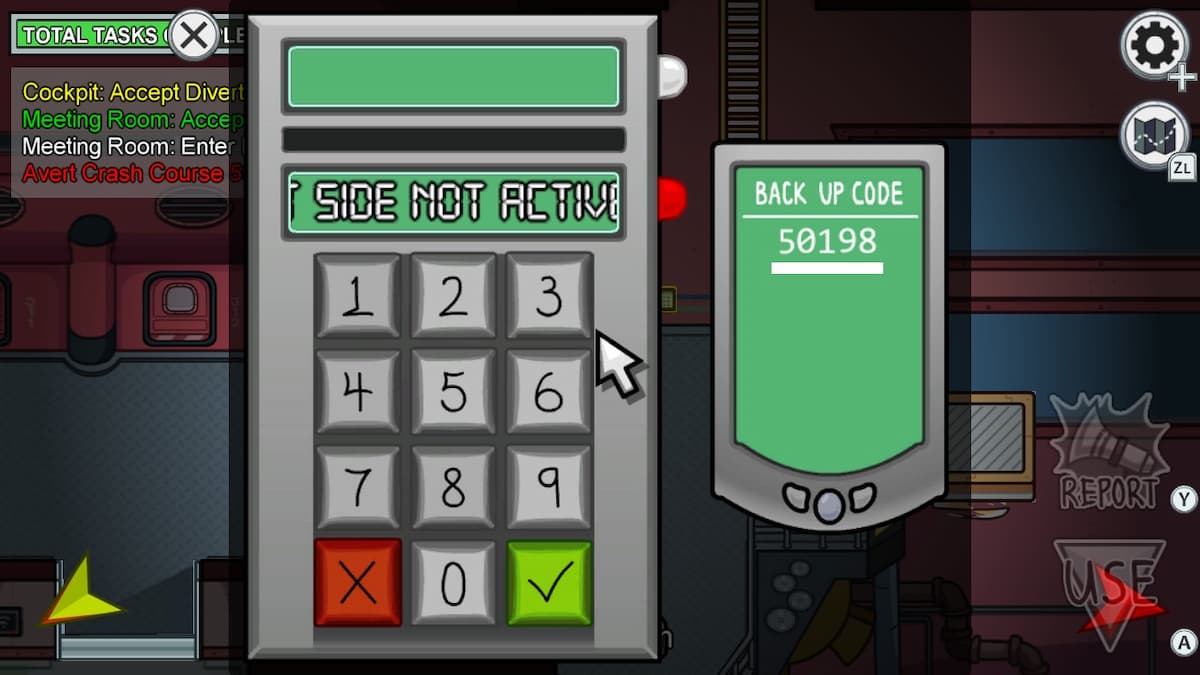 As per usual, the Imposter is up to no good in Among Us, using similar tricks in The Airship map. There is a new method of sabotage from the Imposter in The Airship though, one that appears to throw the ship’s trajectory off-course to a fatal degree. Avert Crash Course will take some teamwork, as it takes place on opposite ends of the Gap Room.

Where to find the Gap Room

The Gap Room is represented on the map by a large rectangle in the top center, although there actually isn’t that much surface area to walk around in. The room is quite obviously defined by a large gap in between, and a slow-moving platform is the only way to move between the left and right sides of the room.

Unfortunately, you cannot call the platform to you if it is on the other side, so either someone else has to take it towards you, or you have to swing around the entire map instead of crossing.

How to stop Imposter Sabotage with Avert Crash Course

Should the Imposter sabotage the Gap Room, your urgent task will be to avert a deadly crash course. The crew only has 90 seconds to stop this. There are two keypads in the Gap Room that the crew has to interface with. The left keypad is to the left of the ladder that goes to the Meeting Room, while the right keypad requires you to go down a ladder; this will be to the left of a vent, a power panel, and a wire box.

When you select a keypad, you will have to input a five digit Back Up Code that you can see on a PDA on the right. However, this Back Up Code will refresh every 10 seconds, so input this quickly.

But to throw a wrench in everything, both keypads on opposite sides must be active at the same time. Both keypads will require the same code, so essentially what you have to do is have different players input the code on the keypads within the same ten second window before the code refreshes. There are two lights indicating if both sides are “active,” and you want both to be green at the same time.

It will be impossible for one player to put in the code on one keypad, take the platform to the other side, and input the same code on the other keypad before the refresh. Two hands are usually better than one, but in this case, two hands are required.