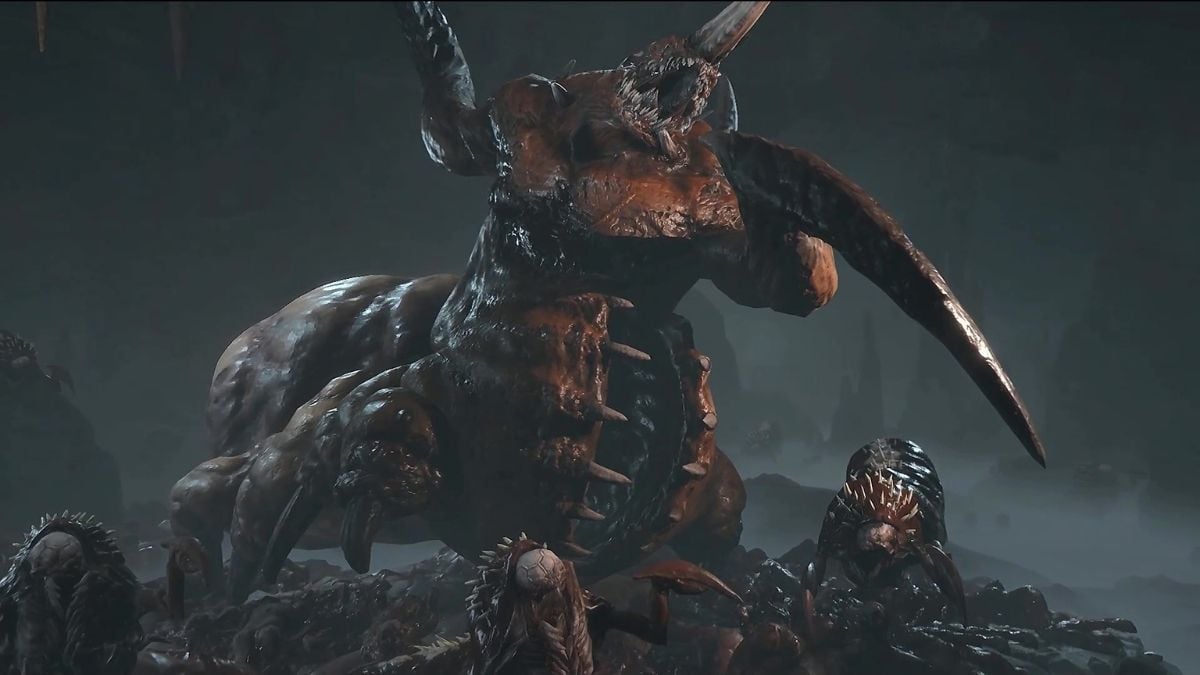 The mystical and sandy region of Lut Gholein has its most precious chambers protected by one intimidating demon: Duriel, Lord of Pain. Finding this hulking evil in the desert is a menacing task, and fighting him is even more so. How does one beat this insect monarch into submission?

Duriel was left by the elder Prime Evils to guard the Tomb of Tal Rasha, where Baal corrupted the once-great sorcerer himself. In this burial prison, you’ll find Duriel in Tal Rasha’s Chamber. You open the chamber by using the Horadric Staff, which you create in an earlier mission.

Many of the boss arenas are restrictive, but Duriel’s take the cake. You enter the small chamber and have only a small square of space, a good chunk which is taken up by Duriel himself. Plus side, though, he doesn’t have minions like some of his other demon allies do.

This demon relies on heavy physical attacks, as well as some key effects that hinder the player. He emits a freezing aura (Holy Freeze) that hurts you as well as slows your movement speed. He also has a handful of special attacks, like a charged heavy attack that he can use on any enemy out of his range or a Smite that stuns your character. Duriel is faster than he looks and very strong, so he deserves a lot more caution than you might expect.

Between the small room and Duriel’s unrelenting nature, there are quite a few tips needed to aid in your survival. To start, much like his sister, Andariel, fighting him face to face can be difficult, so try staying ranged. This can be achieved by either having a melee mercenary take the damage for you or by both of you running around and keeping your distance. Be careful about distance, though. After all, his strongest solo attack is his heavy charge, but if you stay within his range, he won’t ever use it. Assassins are actually great at dealing with him because they are fast enough to stay out of his direct attack range without getting so far forward to activate his charge attack.

When it comes to consumables, rejuvenation potions are vital. Whether you use them all on yourself or give them to your mercenary to help them survive longer, they are the easiest way to live through Duriel’s oppressive attacks. Another clever use of consumables is using a towel portal scroll. Players have used it at the beginning of the fight so that, if you run out of potions or your mercenary dies, you can head back to town for a minute to heal up, re-stock, revive, and head back in.

Now, finally, to help deal with his cold damage, use as much cold-resistant gear and thawing potions as you can manage. They won’t negate his Holy Freeze and you will still get slowed down, but they do decrease the amount of damage you take. Since Duriel is a heavy-hitter, these tools can be game-changing.