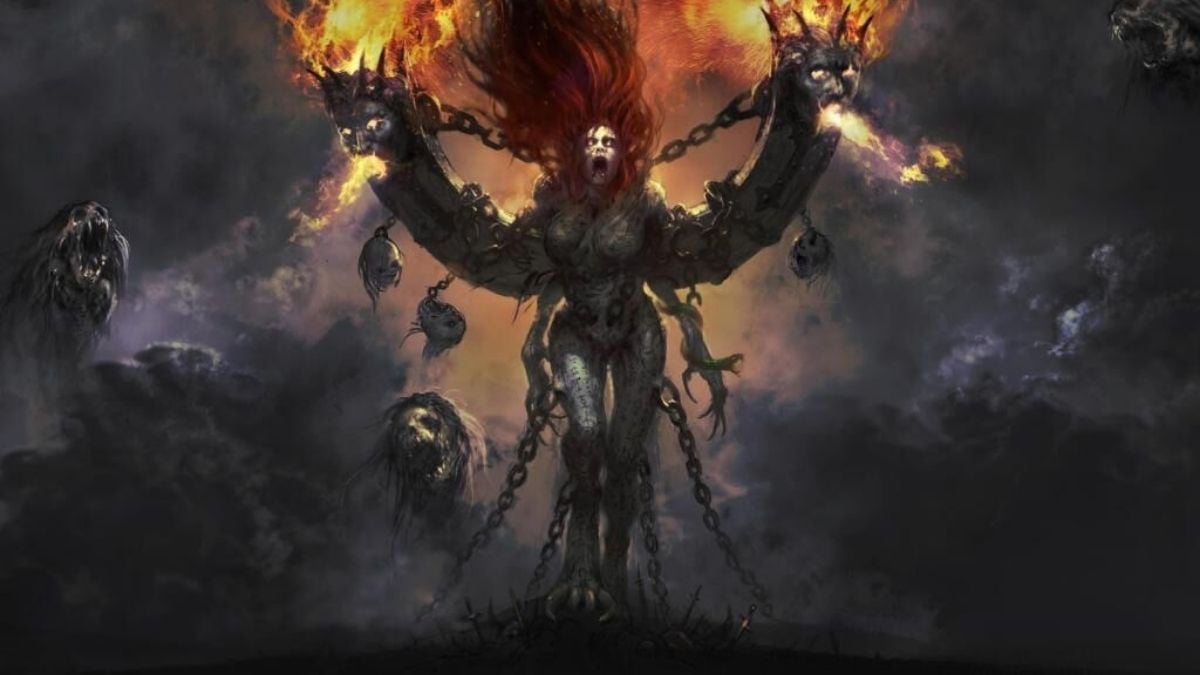 There are monsters everywhere in Diablo games, but there’s nothing quite like the epic boss fights that capstone every act. You end your journey in each region by facing off against a great demon to help cleanse the area of evil. In Act 1, that evil comes from Andariel, the Demon Queen. But how do you best head into Andariel’s lair, prepared for her brand of terror?

To start, when you’re looking for Andariel, you will find her on the 4th floor of the Rogue Monastery Catacombs. You get here by heading through the Tomoe Highland to the Monastery Gate, working through the Outer Cloister and Barracks before you start to descend. In the Monastery, there are 4 different waypoints (most importantly, the Catacombs level 2). Make sure to find them so that you don’t have to trek through the entire monastery if you ever die.

Like the dungeon around her, Andariel’s main throne room is a dark cathedral-eqsue hall lit by torches and candelight, with large pillars in the center. The majority of the minions with her are Dark Ones and their Shamans, meaning if you don’t deal with the Shamans ASAP you’re going to be chased around by an endless, annoying resurrecting army of demons.

When it comes to Andariel personally, she specializes in being a fast-moving enemy who uses poison attacks. Her lunges are absolutely deadly, meaning she shreds through any melee character that faces her. However, her poison attacks are both short and long-range, so don’t assume because you’re far away that you’re safe.

The best way to deal with Andariel is by keeping a healthy stock of health potions and keeping your distance. Though she can still attack long-range, it’s still a much safer approach than getting close. If you’re playing a melee class, try to keep your ranger hireling alive so they can shoot at her while you run around and draw her attention. Also, clearing out her minions first isn’t a bad idea, since it helps free up the room for dodging Andariel’s attacks. Another way to help yourself is by using as much poison-resistant gear as you can find; it’ll help make her hits less painful.

Note: Even if you die during a boss fight, though, a boss demon’s minions and health will not reset as long as you don’t log out.