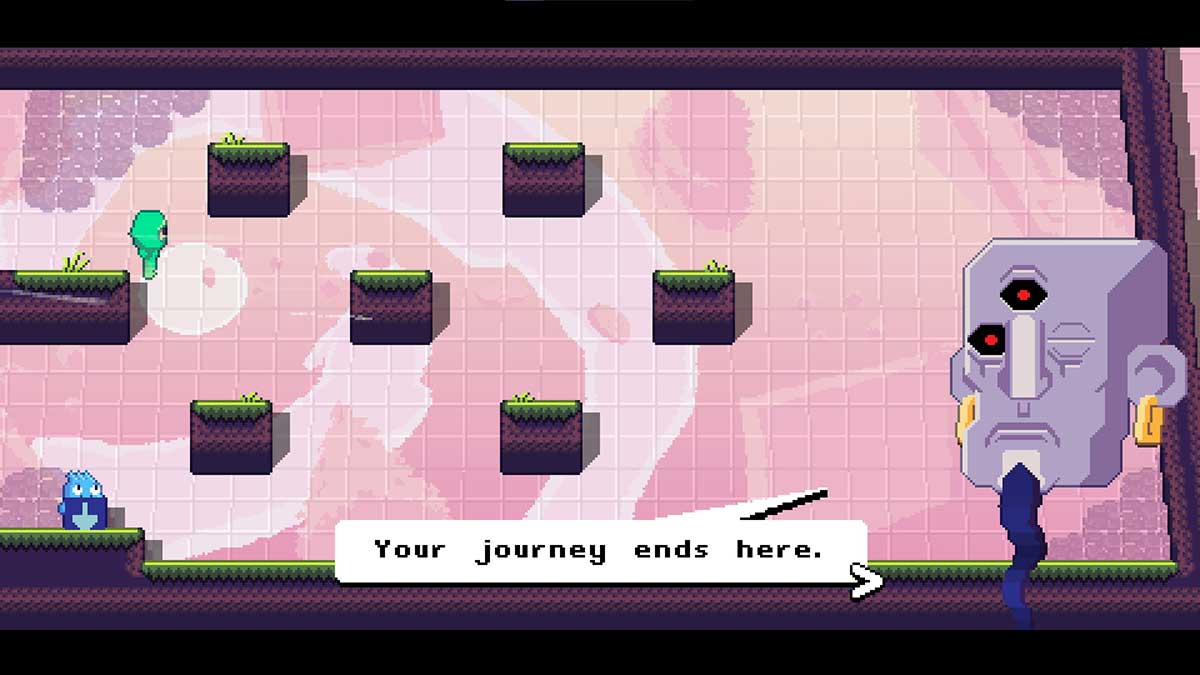 Ordalook is the first boss in Toodee and Topdee. It’s a giant face with three lethal eyes, and Toodee and Topdee don’t seem to realize just how much of a threat it really is. This guide covers all three stages of the fight and how you can easily beat this boss fast.

In this first phase, Ordalook will separate Toodee and Topdee in the bottom-left and top-right corners of the level, respectively. So the first thing you need to do is collect all nine keys on the platforms as Toodee, which is made difficult by Ordalooks eyeblasts. Luckily, the danger is spaced out in this first phase, so jump between the levels avoiding the eyeblasts while collecting the keys. Once you have them all, the lockboxes around Topdee will disappear.

As soon as this happens, swap to Topdee. This will cause Ordalook to start following them and dropping down now and then trying to crush them. You need to pick up the dropbox in the bottom left-hand corner and move over to the right-hand side of the screen. Tease Ordalook and get them to drop down while you move upwards. As soon as they drop, swap to Toodee and the dropbox will fall onto Ordalook’s head, causing damage.

After a single hit, you’ll be pushed into the second phase. This is the same as the first phase, except Ordalook’s eyeblasts are much faster. Time your jumps to collect all nine keys, trying to work from left to right so that you end on the top platform on the right-hand side.

When you’ve collected all the keys, switch to Topdee and repeat the same process you did in the first phase to deal more damage.

The final phase of the fight is the only one that’s truly challenging. Ordalook’s eyeblasts now come in pairs, and they’re fairly erratic. There is a pattern to follow, but it’s hard to keep track of while jumping between platforms. This is why we recommend finishing on an upper platform. It gives you time to jump between a few platforms and gather keys before Ordalook fires off its first eyeblasts of the phase. As long as you can do this, the fight will be over quickly. The process is exactly the same with Topdee to deal the final blow, and then the boss is dead.