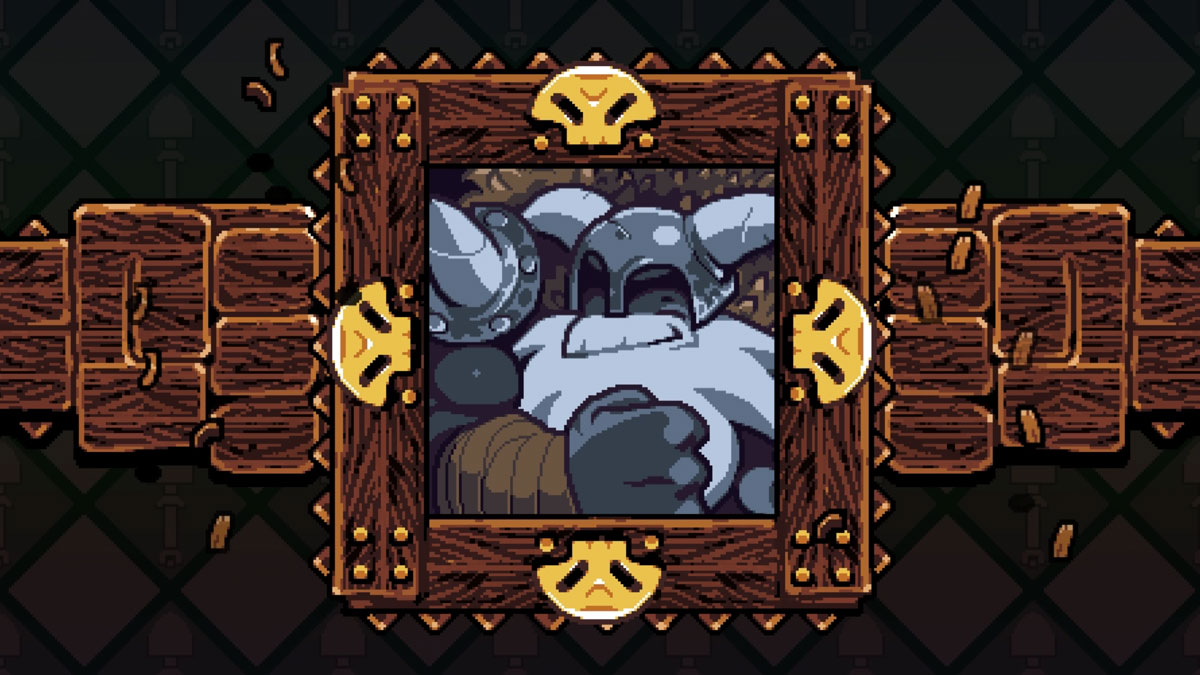 Like many of Shovel Knight’s former foes, Polar Knight makes a return in Pocket Dungeon. Both Propeller Knight and the ice-cold warrior can appear after you’ve cleared the Flying Machine, so let’s take a look at how the barbarian boss battle goes down. It’s a tough fight, and you’ll want to go in prepared.

Right off the bat, you’ll notice the battlefield is constricted by two columns of blocks on either side of the grid. You’ll want to clear these out pretty quickly, as you’ll need room to move in this fight. Note that blocks covered in snow count as a different object, and they won’t chain with regular blocks. Remember this for later.

Polar Knight is beefy, and he charges forward pretty consistently. You’ll need to pick your moments to deal damage of your own — his charge both hurts and knocks you to a random square. If you see him charge up and create lines in four directions, stay clear of the marked tiles. He’ll send packs of snowballs rolling along those paths. These both damage you and create the snowy variant of the blocks, so be ready not just to dodge but clear the crowded grid in the aftermath.

If that wasn’t enough, Spinwulves also enter the arena. They tend to cluster up, so use chains to your advantage to clear them out. Finally, spike traps will appear throughout the fight, so mind your footing. Make potions as a priority because you’re going to need lots of healing during this fight.

Keep at it, and eventually, you’ll take Polar Knight down a peg. Your hard-won victory unlocks him as a playable character. Polar Knight’s fatal blows freeze any remaining enemies in the chain, and he deals extra damage to any frozen enemies, whether he directly froze them or not. He’s an ice-cold choice for a few Pocket Dungeon runs.