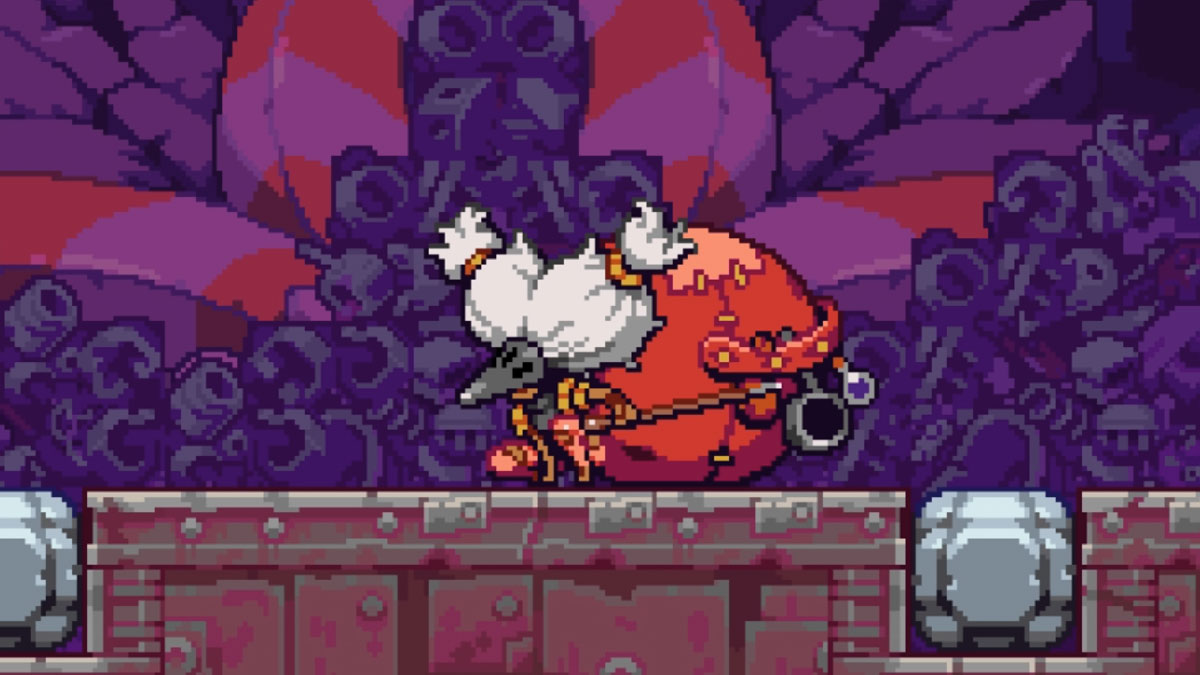 Scrap Knight first appeared in Shovel Knight: Pocket Dungeon, and she’s back for round two in Shovel Knight Dig. Her pogo stick and magic bag make for deadly weapons, so you’re going to need to know how to deal with those. Here’s how to beat the mistress of the Magic Landfill.

Related: How to beat Tinker Knight in Shovel Knight Dig

How to defeat Scrap Knight – Phase 1

Scrap Knight has three attacks at her disposal when the battle begins. The first sees her roll the bag across the battlefield as she hops up and down on top of it. Time your own jump, and you can safely leap between the rolling bag and Scrap Knight herself to get to the other side. If the battlefield happens to spawn with the rocks you see above, then you can destroy them and wait out the attack in the alcove.

Scrap Knight’s other two attacks also involve the bag. For the first, she’ll throw junk items your direction, so take care to sidestep those. If she throws a bomb, you need to knock that away or get clear of the blast radius. Finally, she can slam down the bag from above. There’s a pause after that gives you a great opportunity to attack her back, but don’t rush in immediately — the bag flings off more junk in an area of effect upon hitting the ground.

How to defeat Scrap Knight – Phase 2

When Scrap Knight reaches half health, she’ll empty the bag by flinging all sorts of garbage in your direction. Dodge it, then you’ll be unavoidably sucked into the bag itself. The battle in here is completely different: Scrap Knight will zip through the portals and teleport around the room. Time a shovel jump to bop her in the head as she passes by or chase her down to deal damage — you can use the portals too. Be aware that pieces of junk occasionally fall from the ceiling, so don’t let them hit you on the head.

Scrap Knight’s fight is very fast-paced, with a lot of projectiles and jerky attacks to carefully avoid. Keep your cool as you enter the second phase, and you’ll be able to send Scrap Knight to the garbage pile.