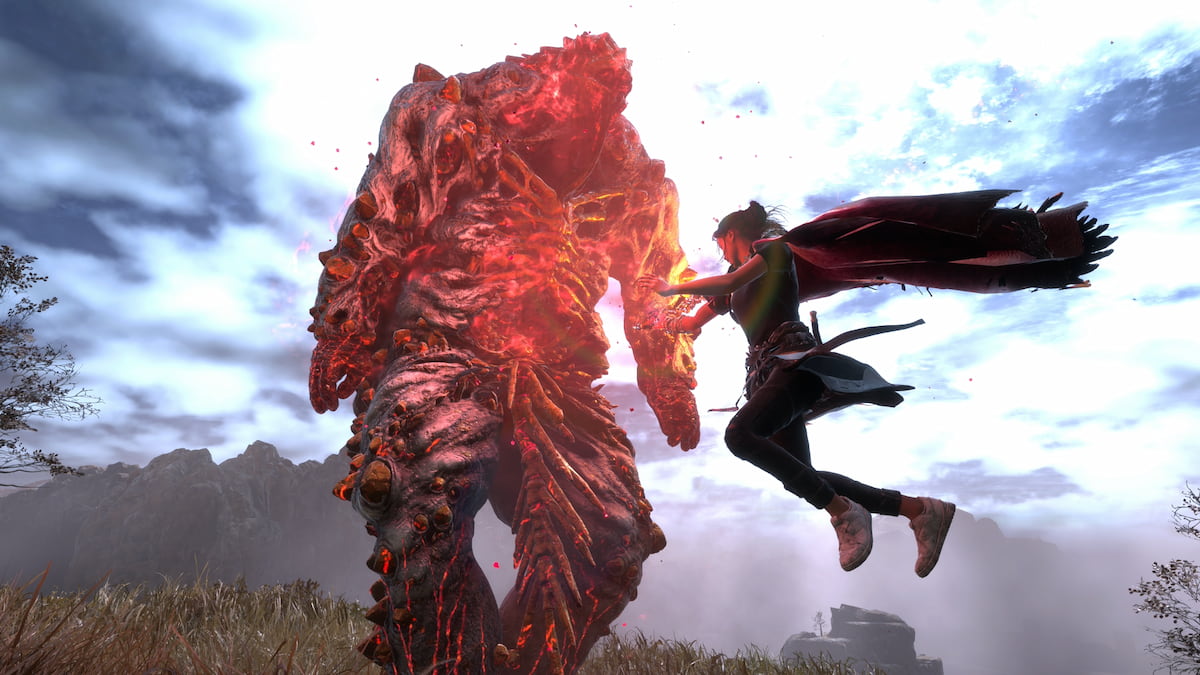 Forspoken is an action RPG that takes place in a fantastical open world called Athia. It’s packed with secrets to uncover and unique wildlife roaming its various regions. Some of these creatures are known as mutants, and these mutants serve as world bosses that will happily end Frey’s journey in a heartbeat. Altered Goliath is the deadliest mutant in the first region of Forspoken’s open world, and taking it down is no small feat. This guide will explain how to beat the Altered Goliath world boss in Forspoken.

Related: How to beat the Altered Aiolornis world boss in Forspoken

Tips and strategy to beat Altered Goliath in Forspoken

Unlike the other world bosses in the early going of Forspoken, Altered Goliath is heavily immune to Purple and Red magic. On top of that unique perk, this creature has the benefit of constant health regeneration. As you can imagine, this creature being highly resilient to Frey’s early magic techniques and regenerating health the entire fight makes Altered Goliath a tough nut to crack.

You can choose to fight this creature with Purple and Red magic, which this boss is resistant but not immune to. The key to this battle is dealing with Altered Goliath’s constant healing. Try to use spells that deal damage over time. The goal is to barrage this mutant and break their composure. This will stun the boss and allow you to use a Killer Blow attack. This will deal a big chunk of damage at once.

Related: All magic types in Forspoken and how to use them

To make this fight much more manageable, bring Blue magic to this battle. You must complete chapter eight to earn Tanta Prav’s water-infused arrow attacks. These abilities will make short work of Altered Goliath’s health and allow you to keep a safe distance from deadly melee attacks.

Altered Goliath is formidable due to its health regeneration and high defense, but its attack patterns are straightforward. Altered Goliath’s signature attack is a full-on bullrush. Goliath will keep charging you, and you must use Magic Parkour to dodge this attack. To defeat this creature, lock-on and circle strafe with ranged attacks.

As it charges past you, blast it in its back, which will cause guaranteed critical hits. These hits will break its composure and allow you to land Killer Blows frequently. On occasion, he will throw an unblockable rock at you. Dodge this attack by rolling, as a leaping ground pound attack usually follows up this attack. Keep a good circle strafe, and attack while dodging to maintain pressure and defeat this world boss.

Where to find the Altered Goliath location in Forspoken

Defeating Altered Goliath will grant you Mana upgrades that allow Frey to increase their healing item capacity. You will also earn an incredible vista of the surrounding plains, which lends itself to photo mode.