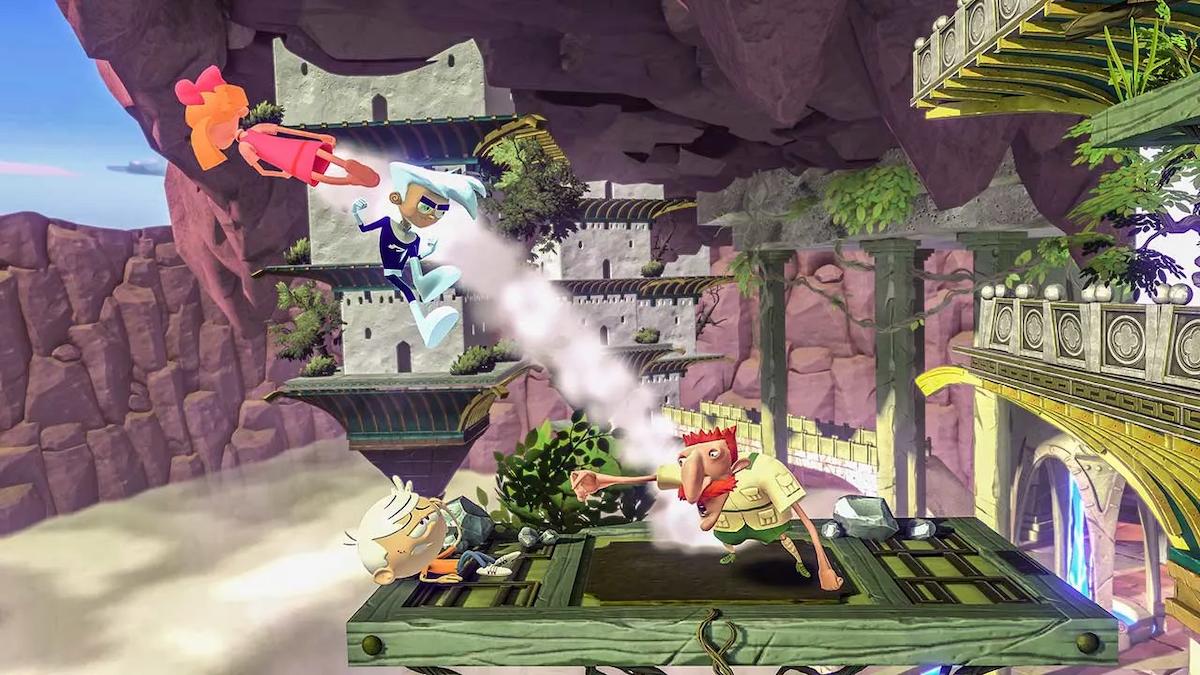 With how fast-paced of a game Nickelodeon All-Star Brawl is, it’s easy to get caught in an opponent’s combo with seemingly no escape. When you get knocked down, simply trying to roll or get-up-attack your way out of a sticky situation can be tough, especially when facing off against quick, aggressive characters like Leonardo or Catdog. Fortunately, tech-landing — a mechanic featured prominently in the Super Smash Bros. series — is present in the new Nickelodeon fighter, and its effectiveness in escaping combos and preserving your stock cannot be overstated.

Before you can tech-land, you’ll first have to get knocked off the ground by your enemy. As you’re tumbling through the air, right before you’re about to hit the ground, press the block button (triggers on controllers). If timed right, your character should break their fall and get back up quickly. You’ll know you did it right if you see a bright, colorful ring surround your character as they regain their footing.

Once you have tech-landing down, try pushing the left analog stick to the right or left as you tech-land. Not only will your character quickly get back on their feet, but they’ll also perform a tech-roll in the direction specified. This is invaluable when it comes to escaping combos and creating more distance between you and your opponent.

Related: How to wavedash in Nickelodeon All-Star Brawl

Teching can also be used in the air should you get knocked into a wall or high ceiling. When you’re sent flying towards a midair structure, you’ll typically bounce right off of it; on stages with ceilings, this can spell disaster, as you might ricochet downwards off the stage if your damage percentage is high enough. But like tech-falling, if you hit the block button immediately before slamming into a surface, your character will catch themselves, negating any knockback and allowing you to immediately get back into the action.

It may take a bit of practice to get the timing for tech-landing down. If you’re having trouble, try entering the game’s training mode, select the Ghost Zone stage, set the CPU to any level above five, and set your damage percentage to about 120%. The computer-controlled opponent should be fairly aggressive, your high damage percentage will ensure nearly every attack will knock you off your feet, and the number of platforms, walls, and ceilings present on Ghost Zone should give you plenty of space to practice your tech skill.