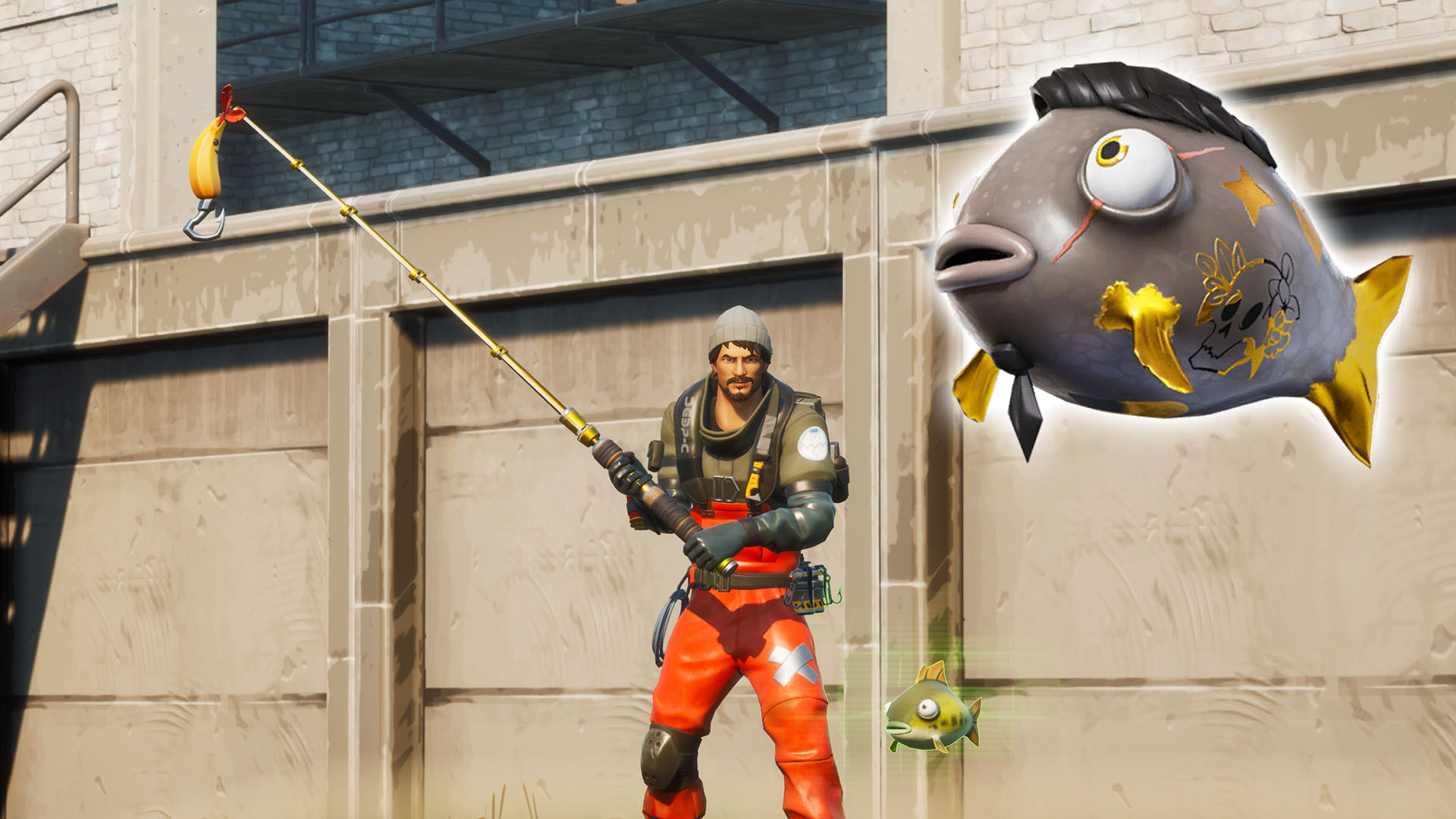 The Midas Fish was added to Fortnite in Chapter 2 Season 4 and is one of the rarest fish in the game. According to dataminers the fish has just a 1% chance of spawning when you catch a fish, and it will turn your inventory into Legendary items when you eat it. There are a lot of theories out there on how to catch it but the truth is actually quite simple.

You can catch the Midas Flopper in any location, day or night, and with any fishing pole. What makes it so rare is that tiny percentage chance. If you jump into a game and just start fishing, the truth is that you might never catch it because of the tiny chance it has to appear.

For now, we are going to run through some interesting fan theories that people came up with about this fish. Some people were working off the theory that a Midas Fish would most likely appear in the water around The Authority. The Authority used to be the Agency, which is where Midas could be found patrolling the halls, so it seems likely that a Midas Fish might return to his old haunt.

Others were focusing their efforts on Slurpy Swamp, working off the theory that the odd runoff from the factory mutated Midas into a fish, and that is why we didn’t seem him last season at all.

We had a different theory that we were putting to the test. This is a bit far fetched, but with so many other people out there searching, we thought it best to do our part and join in. We were focusing our efforts in the area of the sea to the northwest of Sweaty Sands and the southwest of Coral Castle. Why? Because the last we saw of Midas he was on a raft, getting hit the with a tidal wave at the start of Season 3.

A few weeks into Season 3, a boat appeared in this area with some broadcasting equipment, and a Ghost flag. We think Midas was on this boat, trying to organize and get Ghost back on top. If he was turned into a fish, we think he was here when it happened.

As it happens, the truth is far more benign. The Midas Flopper simply wasn’t in the game yet, and now that he is, you can catch him anywhere you happen to be fishing.