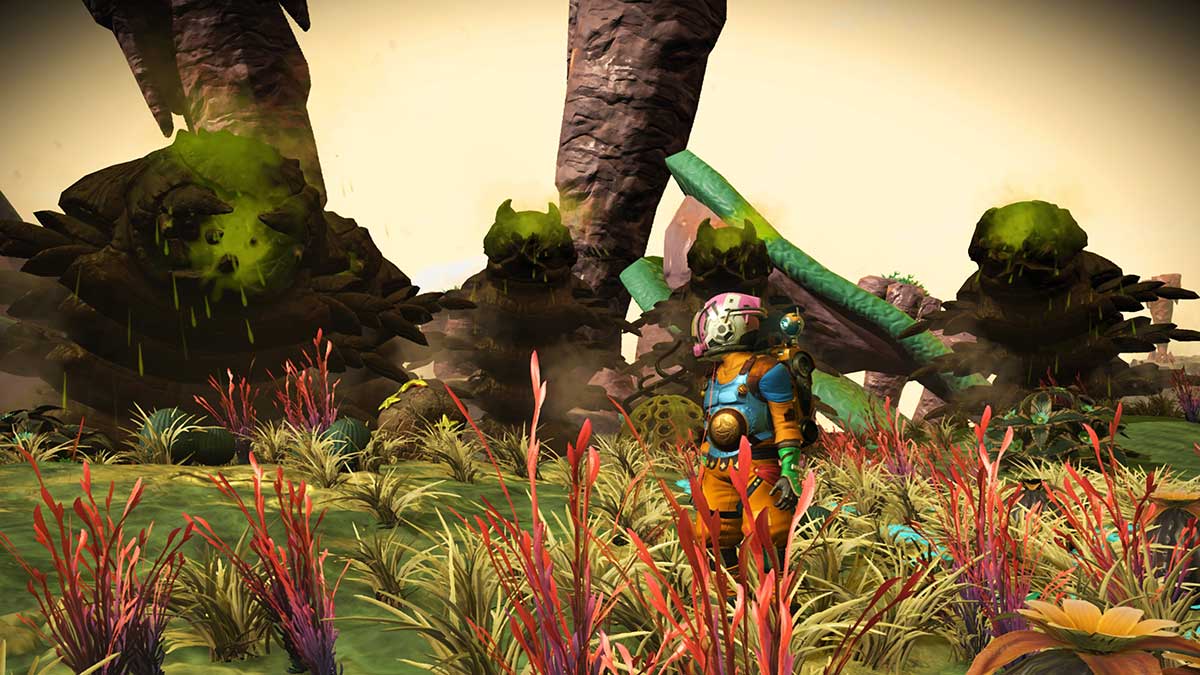 Lungs of Sand is the second Milestone in Phase four of No Man’s Sky Expedition 4: Emergence. To complete it, you’ll need to visit another Titan Worm Burrow, this time on the planet where the fourth Rendezvous Point is located. This guide explains how to complete the Milestone and what you’ll get as a reward for doing so.

Once you’ve landed on the planet with the fourth Rendezvous Point, bring up your Tactical Visor and identify where the closest Titan Worm Burrow is. When your Tactical Visor has locked onto it, you can tag it so you’ll see it without the visor. Then, follow the icon on your compass to reach the Titan Worm Burrow, but be ready for a fight as you were with the last three.