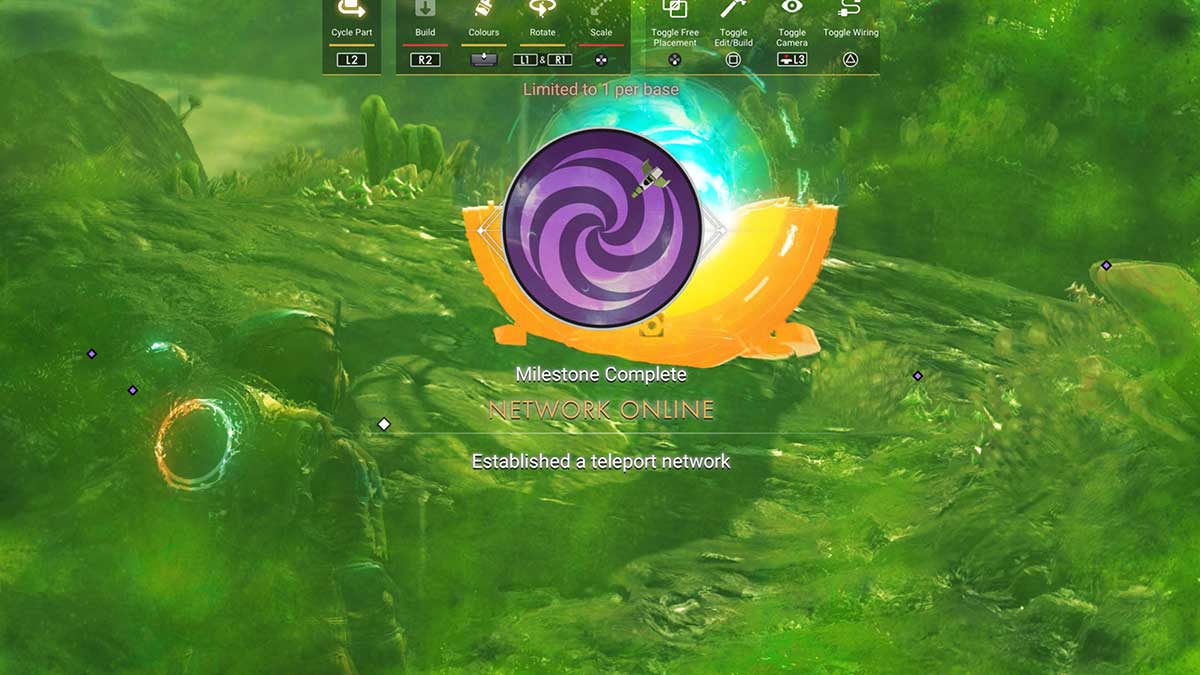 Network Online is the third Milestone in Phase four of No Man’s Sky Expedition Three: Cartographers. To complete it, you need to establish a teleportation network across your bases. However, it’s not clear how you achieve this, so we’ve put together this guide to help you.

Step 1: Build a Teleporter in your base

The first thing you need to do is build a Teleporter in your base. You should have created a base to complete the Homecoming Milestone earlier in the Expedition. If you haven’t done this yet, build a Base Computer and establish one quickly. Once your base is set up, you can build a Teleporter and power it. Without a second Teleporter or a link to someone else’s base, the Teleporter is useless for now.

Step 2: Set up a second base

The next thing you need to do is set up a second base on the planet. We recommend doing this somewhere that there’s a rich source of minerals to extract because it’ll help you complete a future Milestone. You may also suddenly realize that you’re hours away from your base after exploring in your Minotaur, and setting up a second base is far easier than trekking all the way home.

The final step you need to complete is building a second Teleporter. Place this in your second base, and the Milestone will automatically complete. You can now move quickly between your two bases without having to walk or run the vast distance between them. With the Milestone complete, you can claim the Exocraft Summoning Station plans and the Localised Teleportation Blueprints as a reward from the Expedition menu.