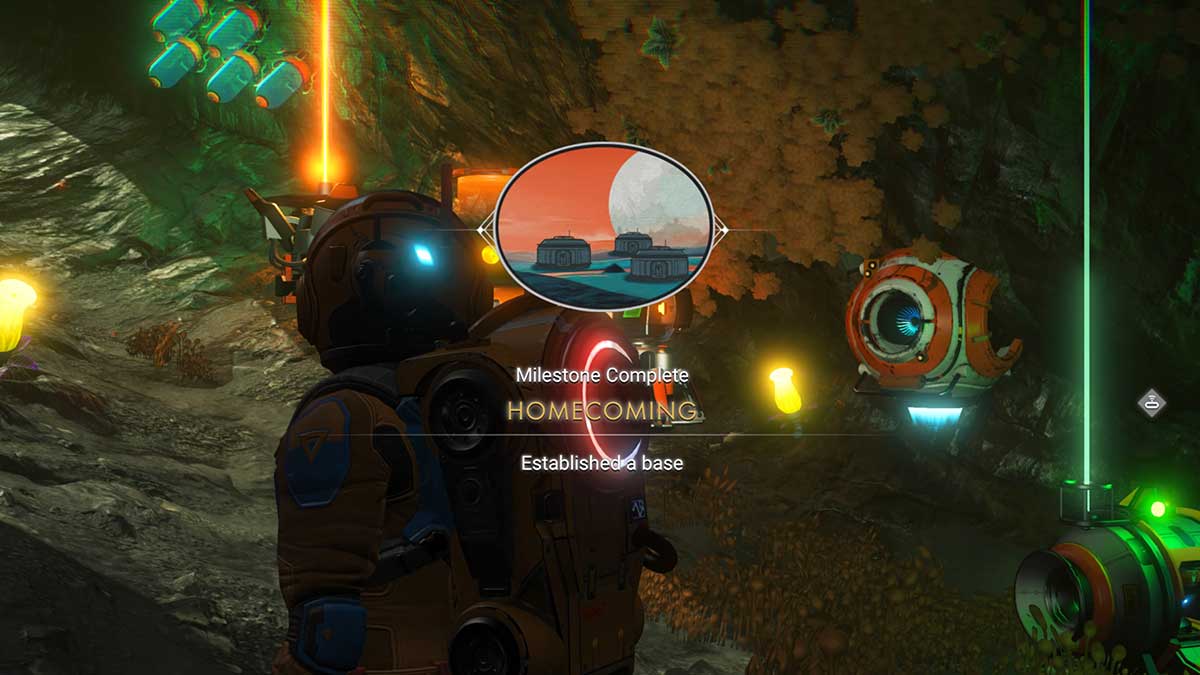 Homecoming is the fourth Milestone you’ll need to complete in Phase one of No Man’s Sky Expedition Three: Cartographers. It seems easy but has a hidden requirement that can leave you scratching your head for a little while. This guide covers how to complete this Milestone and get a head start on another.

Step 1: Build a Base Computer

The first thing you need to do in this Milestone is build a Base Computer. You’ll have been using a Portable Refiner until now, so we recommend placing your Base Computer nearby. It would be good to place it inside a cave since this planet has storms that you regularly need to hide from. If you don’t have the plans for a Base Computer, it means that you need to complete the Foxhole Milestone and claim your rewards from it.

Step 2: Fill your base with stuff

You can’t establish a base by placing your Base Computer alone. This is where we were tripped up since we thought that building a Base Computer alone was enough. However, you actually need to build fifteen different components of a base to establish it properly. The easiest way is to build one of every major facility, such as a Terminal, Save Beacon, and Portable Refiner. You can even build a Signal Booster and get a head start on the Technosignature Milestone.

Once you’ve built all the important stuff, place a few lights, a generator, a battery, and even some plants around your base. This should help you push your total up to fifteen. The Milestone will complete once you’ve built the final component. For completing Homecoming, you can claim the Construction Research Unit Plans and twenty Salvaged Data.