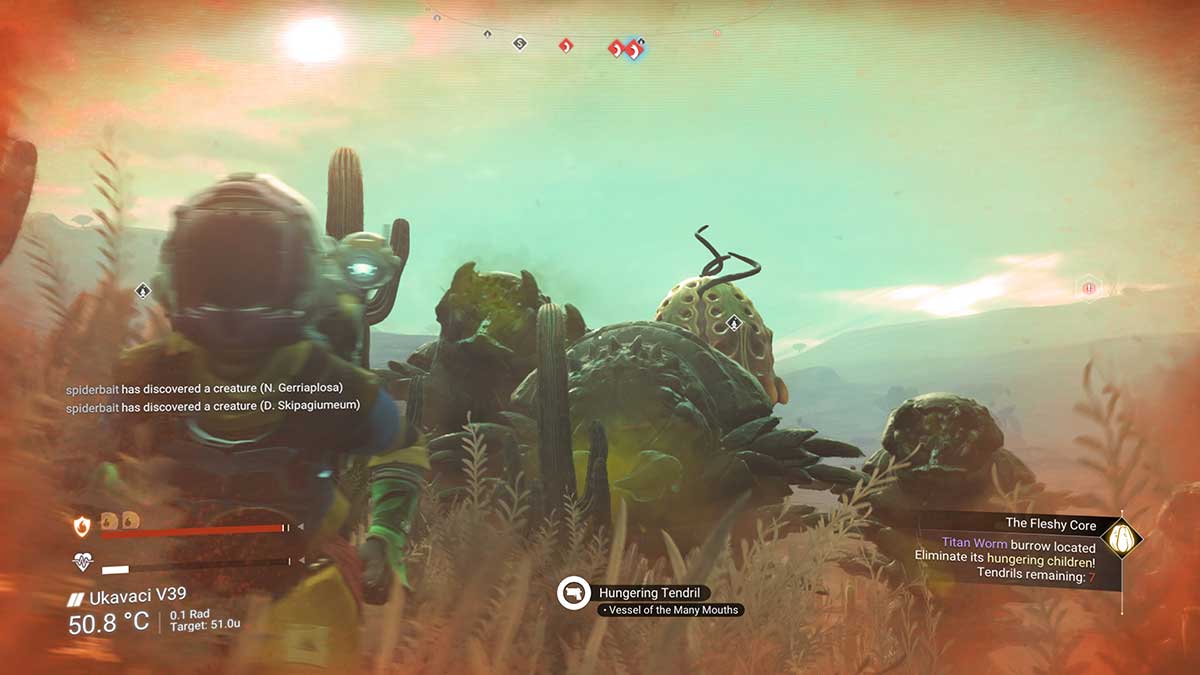 The Fleshy Core is the second Milestone in the second Phase of No Man’s Sky Expedition 4: Emergence. To complete it, you need to track down another Titan Worm Burrow, but things are a lot more dangerous this time around. In this guide, we’ll explain how to complete this Milestone and what you should prepare for along the way.

The first part of completing this Milestone is getting to the second cursed world. This is the world where you’ll find the second Rendezvous Point while completing the Rendezvous 2 Milestone. Once you’ve arrived, you can find a Titan Worm Burrow by using your analysis visor. It will direct you to the closest Titan Worm Burrow, which you can then tag so you can see it on-screen. All you need to do now is run over to it.

When you reach the Titan Worm Burrow, you’d better be ready for a fight. Small Titan Worms will pop up around the Burrow and start to attack you by flailing and spraying you with disgusting green goo. Switch to your Scatter Blaster and shoot them as quickly as possible. Thankfully, these fleshy creatures succumb to your shots pretty fast, but they can still do some serious damage if you’re not careful.

The Milestone will complete once the Titan Worms are dead and you walk over to the Burrow. However, it may have disappeared along with the creatures. By completing this Milestone, you can claim the Wormskin Folio: 2 and Portal Glyph Set from the Expedition Menu.