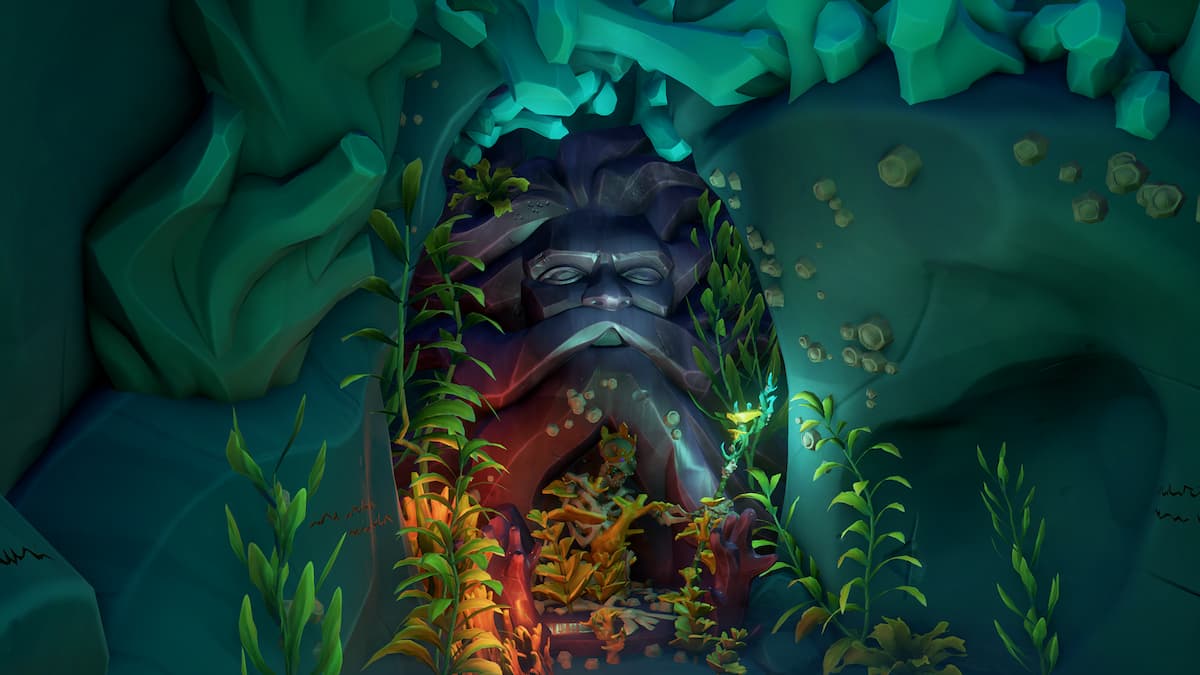 The Siren Queen in Sea of Thieves: A Pirate’s Life is probably what you would call a sympathetic villain. This monarch misleads you at the beginning of The Sunken Pearl Tall Tale that she is a friendly figure, until she turns on you midway. As you get closer to a confrontation with her, you will find out more about her backstory, with some concrete details near the end. By finding this lore, you’ll unlock the Tale of Eternal Sorrow commendation.

After completing the Revenge of the Silver Blade chapter, where you fight the Kraken — which by the way, the Siren Queen calls her daughter — the Silver Blade will rise all the way up the cavern. You can then climb the mast ladder up and swim through some water ahead. You will reach a cavern with a passageway — this leads to the Queen’s chamber, which you should not go through yet if you have not gotten the Tale of Eternal Sorrow commendation yet.

Instead, look at the stone heads above you. The head on the right has water coming out of its eyes, as though it were crying. You can jump on the stones leading to it, and while some reports have said to shoot the head, we’ve found that the wooden door covered in red coral just opens up. Other players have said that the door also opens if you have the Chest of Eternal Sorrow from the Silver Blade Key sidequest. Go inside, and you’ll see that this is a memorial and resting place of the late Siren King.

On the walls of this very small burial ground are five inscriptions; they will just look like scribbles, and to get the commendation, you have to walk up to each of these five inscriptions and interact and read them. Maybe after getting some tragic backstory, you’ll think twice before offing her ahead.