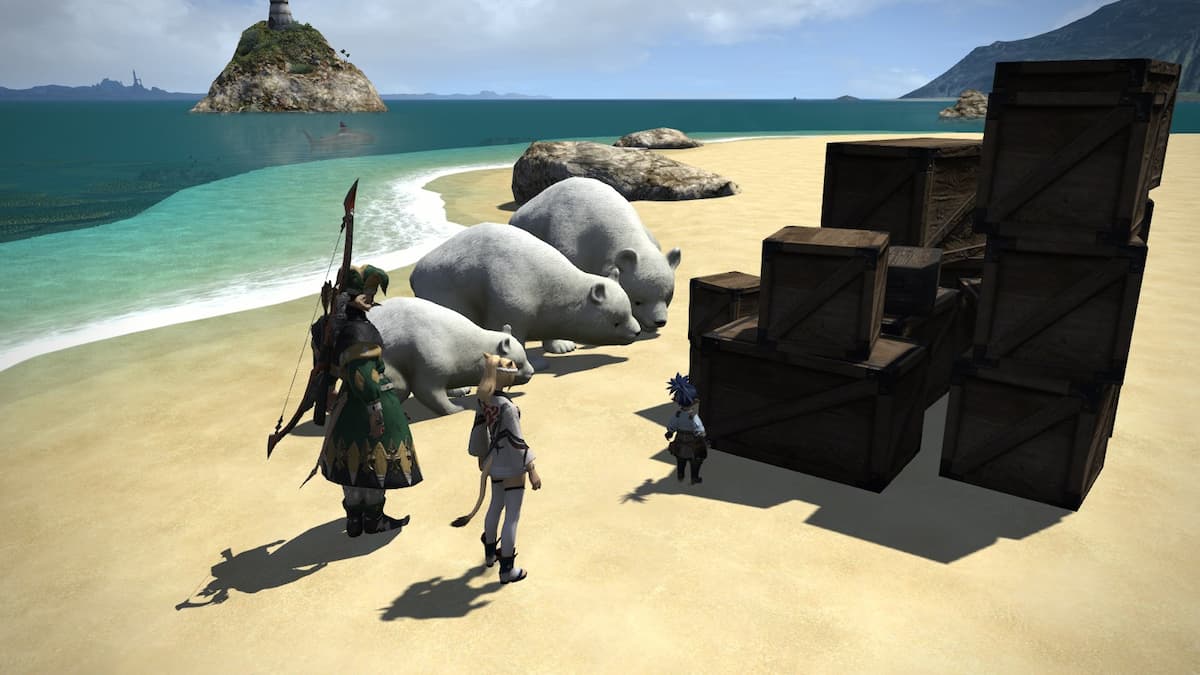 The Moonfire Faire festival has arrived once again at Final Fantasy XIV, and with it, all players can earn various rewards by participating in the sizzling event. First, you’ll have to start the event by speaking with Mayaru Moyaru in the Limsa Lominsia Upper Decks, and once you do, you’ll receive the festival’s quest. This guide details how to complete Unseasonable Chills.

Mayaru Moyaru gives you the Unseasonable Chills quest, so make sure to speak with them first. Once you have the quest, you’ll need to teleport to Eastern La Noscea and use the Costa del Sol shard to make your way to the ferry docks to speak with Haermaga, who is across the water on a small island. He will be at coordinates X:34.7, Y:26.0.

After speaking with Haermaga, you’ll then need to talk with P’obyano. Unfortunately, the ice that was supposed to arrive and serve as the primary ingredient in the upcoming desert has gone missing. When you speak with P’obyano, a cutscene will play out with P’obyano explaining that the one creating the desert will only use the best ice available and hopped on a ship headed north, and haven’t been seen since. Shortly after, Nekeke, the perfectionist chef, is seen floating in the water a short distance away.

The next step is to save Nekeke from peril a short distance away from where you are talking with P’obyano. Nekeke will have washed up on the beach at this time. Interact with, and you’ll save her from peril. After this, another cutscene plays out, where Nekeke explains they had discovered the finest ice, but when their ship crashed, the ice fell overboard.

Thankfully, Nekeke’s companions, a trio of large polar bears, survived the crash and were able to dive into the water to retrieve. Upon retrieving the ice, Nekeke recalls how the ship crashed in the first place and how the creature had stowed away inside the ice while aboard the boat. Once the story is over, it’s back to speaking with Haermaga to figure out what to do next.

While speaking with Haermaga, Thracie, leader of the Bombardiers, offers her assistance to deal with the creature that had stowed away inside Nekeke’s ice.

The next step will be to complete the fate, “A blizzard of Bombards,” located at the southwest portion of the map. It will appear every so often, but not always. If it’s not there, merely stand around the highlight location and wait for the large blue Bombardier to appear.

After you’ve defeated the Ice Bombard, you’ll receive Faire Vouchers, and for your first time beating it, you’ll need to speak with Nekeke. Once you turn it in, the quest will be complete.