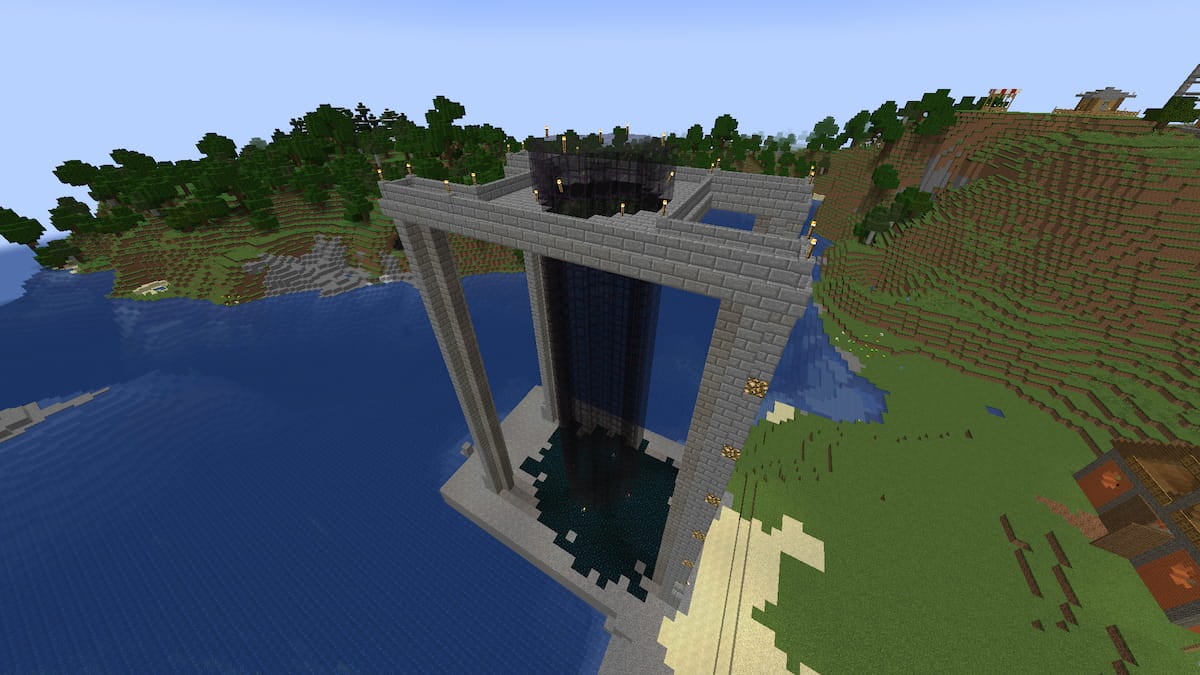 Sculk blocks will give Minecraft players experience with every block of it that gets broken. To produce more Sculk blocks, however, a mob of any type must die within eight blocks of a Sculk Catalyst, which will turn any blocks within its range into Sculk. Fortunately, a mob dying by any cause will grow Sculk, meaning that farms can be built to quickly and automatically generate more.

This Sculk farm design has mobs — which in this case happen to be zombies — spawning from a spawner block and dropping from a height of 30 blocks to the ground below. Falling from this height will instantly kill the mob without players needing to manually attack them.

While spawner blocks cannot be collected or placed in survival mode, they can be found generating naturally in underground dungeons, where the 30-block drop can simply be mined out from under it. As with any spawning mob, be sure to position the spawner in a dark room or container with, at most, a width and length of nine blocks. To prevent any mobs from spawning outside of this container, be sure to light up the outside of the container around the spawner with torches or lanterns.

Additionally, players must build some type of elevated platform on which to stand near the spawner. Mobs can’t spawn from a spawner unless the player is standing at least 15 blocks away from it. This means that, while the player stands still near the top of the Sculk farm, mobs will spawn, fall, and generate Sculk without the player needing to do anything.

Related: What does a Sculk Catalyst do in Minecraft?

To make the most of mobs dying from their fall, Sculk Catalysts should be placed on the floor near where the spawning mobs will fall, next to blocks of other types. More catalysts spread out across a wider area will cause more Sculk blocks to spawn across a broader range.

Be sure to remember where the Sculk Catalysts have been placed, as they look nearly identical to other Sculk blocks from above. Placing torches on top of the catalysts will prevent players from accidentally breaking them when harvesting Sculk blocks.

The Sculk blocks, when generated, will replace the blocks that they claim when a mob dies. This means that, unless they plan to continually dig Sculk blocks deeper and deeper until they hit bedrock, players should plan to replace the floor blocks after every round of spawning mobs.

Looking to farm other types of mobs? Try building a pillager raid farm.