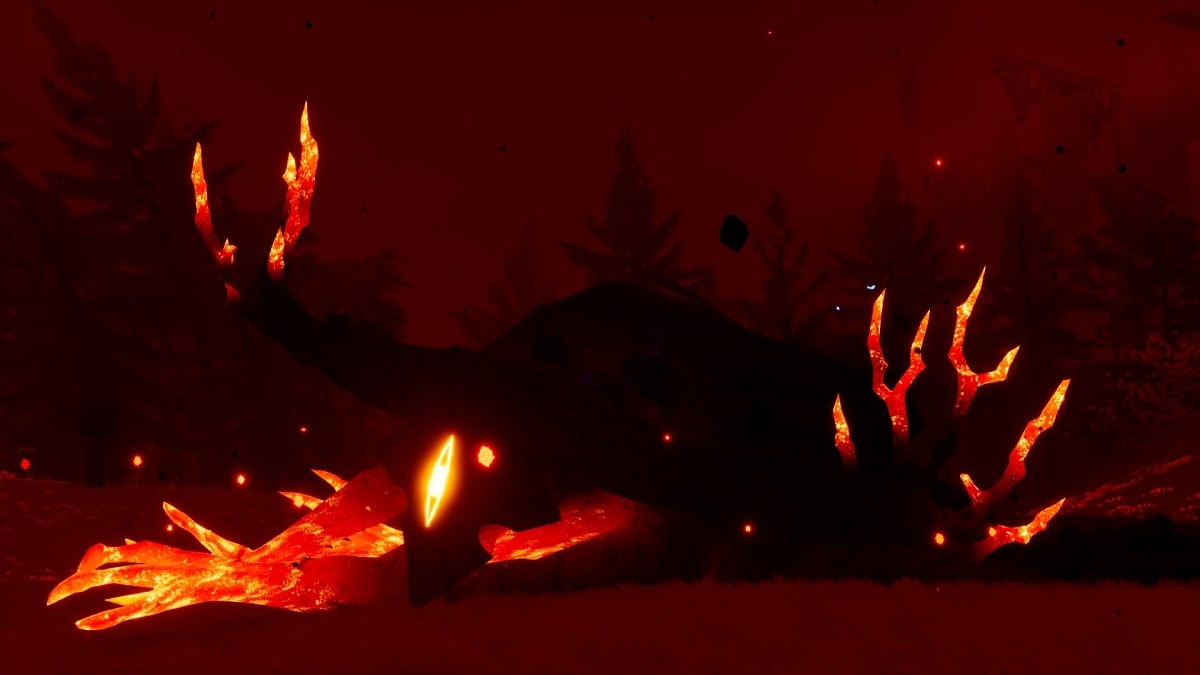 Cernos is the first boss you will encounter in The Pathless. They are one of the world’s guardians who has been infected by the Godslayer. It is up to you to defeat them and bring them back to the light side.

The battle can be broken down into three stages. Before you begin the fight, you need to restore light to three beacons across the map. You can do this by finding eagle tokens, which can be gathered by completing puzzles. Once you have activated three obelisks, you can battle Cernos.

The first stage sees Cernos fleeing, so chase after them. Shoot the targets that are spread out on the plains around you to constantly refill your dash meter as you go. Once you are within shooting range, fire arrows at the targets on their six legs. After one or two are taken out, Cernos will run faster and try to lose you by causing fire-based shockwaves to erupt from the ground. Jump and glide to avoid them and any areas of the plain that they set on fire as they run. Follow this pattern until all six targets have been destroyed, and use your falcon’s special attack to do serious damage.

Phase two transports you to a coliseum. Cernos will prowl the coliseum floor and start firing projectiles at you. Dash out of the way, and jump and glide when you see Cernos jump towards you and unleash more fire-based shockwaves. Maneuver around to their sides, and shoot the targets on its legs again. Keep following this pattern until a cutscene plays out.

The final phase will see Cernos create a ring of fire around you. This reduces the ground that you have to dash around in. Cernos will start throwing fireballs at you, so jump, glide, and dash to avoid them. Eventually, Cernos will rear their head back and unleash a giant fireball. Hold down R2 to aim at it and unleash an arrow once the target around it is filled. This knocks the fireball back at Cernos.

After two fireballs, Cernos will be dazed. Shoot an arrow into the eye on its head. Cernos will sprint at you, leaving a trail of fire in its wake. Jump, glide, and dash to move out of the way and cause Cernos to crash into a coliseum pillar. Do this twice, and you will have a chance to inflict the final blow. Press the circle button to use your falcon’s special move to defeat them.

You will be rewarded with the Will of Cernos for cleansing them. This increases your dash meter so you can run for longer and earn more dash energy from targets, and an extra falcon flap to reach higher areas on the map.