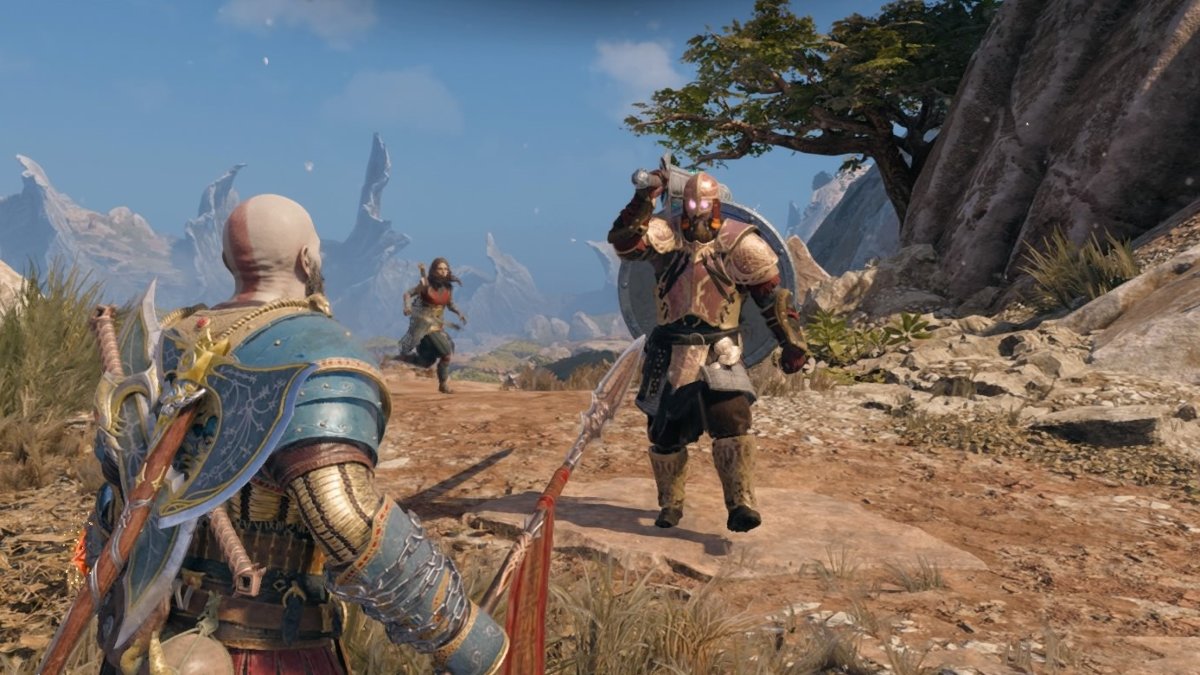 God of War Ragnarok has different kinds of optional bosses for Kratos to take on in all Realms of the Norse World. These bosses vary in their appearances, attacks, and abilities which can make them a challenge to take on. The Travelers are one sort of optional boss Kratos will face; they are powerful warriors who adhere to a secret moral code that promises them glory in Jotunheim. Egil is one such Traveler you will encounter in The Crater at Vanaheim during the side quest ‘Casualties of War: The Brooch.’ Here is how you can defeat Egil the Oath Guard in God of War Ragnarok.

Related: How to defeat The Flame Phantom at The Crater in God of War Ragnarok

When you encounter Egil, he will be in an unusual position. You will notice his movement is not like other Travelers like Vali. His shield is always protecting him when he moves backward. Using arrows is pretty much useless here. Your approach will need to be smart because his attacks are unpredictable. We recommend using Leviathan Axe or Draupnir Spear here, as they do serious damage up close. Another thing to remember is that attacking him from behind is also useless, so try to do that from the front.

It is hard to predict when he attacks because his shield blocks the whole view of what he is doing. The trick here is to keep a safe distance from him whenever he comes near you. Remaining by the sides will offer you a great vantage point of what he is doing. His initial attacks are sword swings which can be dodged or parried. It is recommended to parry them as you will need to fill up his stun meter to make him lose a lot of health. He also does unblockable lunges at you, so stay away from them by dodging.

His sword attack combo is another thing you should be careful about. He will initially start slow, but when he starts to lose a lot of health, his movement becomes rapid, and he starts to swing his sword in all kinds of directions. This is hard to predict, so you will have to study his moves carefully to find an opening. These are powerful attacks and will make you lose a lot of health, so be aware of dodging, especially since his sword attack combo goes in all directions. Attacking during this time will stun him, which makes it a perfect time to use all the light and heavy runic attacks along with the Relic.

Another attack you should be aware of is the magical energy attack. During this time, he raises a skull and releases a wave of frost in the area, which can stun and damage you. The trick here is to stun him with the shield or go for an aggressive approach with light and heavy attacks. He will use this attack when he has lost one or two bars of health. Arrows will also work here by taking a small amount of health each time.

Continue with the methods above, and Egil’s health will be completely depleted at a certain point. Then, use the Finisher to defeat him. The reward for defeating him includes the Hind of Deadly Vitality, which is a Draupnir Spear attachment.