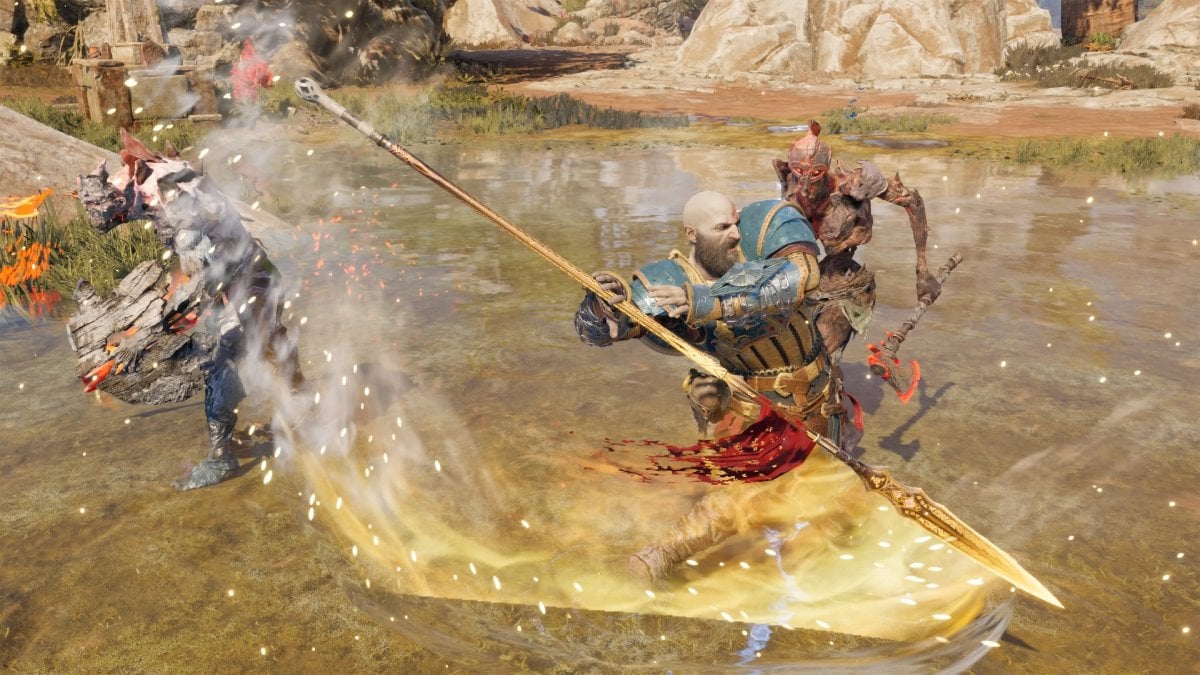 God of War Ragnarok has different kinds of runic attacks for your weapons that can make any encounter much more exciting and advantageous. Runic attacks are of two types in the game: light and heavy. These attacks are unique to each weapon, and they do different kinds of elemental damage and stun. Using these, you can weaken or destroy any kind of enemy in seconds. So, it is essential to have these in your loadout whenever you find them. However, only some runic attacks are worth keeping around and upgrading. With that in mind, here are the best runic attacks worth getting for each weapon in God of War Ragnarok.

Related: The 15 best Enchantments in God of War Ragnarok

For the Leviathan Axe’s light runic attack, we went with Winter’s Bite. This is a great runic attack if you’re intensely aggressive in your approach. What it does is creates a mass of ice around the axe and run up to strike an enemy with overwhelming force. The weaker enemies fly off and get incredible frost damage. Upgrading it will increase frost damage and overall force, making it a useful attack to quickly use against enemies.

For the Axe’s heavy runic attack, we went with Ivaldi’s Anvil, which is an area-wide staggering attack. This does a lot of frost damage to enemies within its vicinity and can also stun them properly. Upgrading it will add a follow-up attack and increase the radius and frost status. If you’re getting overwhelmed by a group of enemies like Draugr, Raiders, or Hel-Walkers, then this attack is useful in taking them all out.

The heavy runic attack for the Blades of Chaos is Helios Flare. It throws a long-range fire bolt with the Blades at a target that inflicts a good amount of burning damage to them. It works great when you want to inflict damage on a specific part of the enemy. Upgrading it will ensure the fire-bolt is charged up as well as creating a massive explosion at the end. This is particularly useful for short-term burning damage.

For the Blades’ heavy runic attack, we went with Atlas Eruption, which is another area-wide attack. This attack makes Kratos repeatedly slam the Blades into the ground and create explosions that hursts enemies all around. This attack causes severe burning damage to all kinds of enemies, which makes it a formidable one to have in your loadout. If you perform the attack when an enemy is near, then they have a high chance of getting burned in seconds.

For the Draupnir Spear, which you get late into the game, Thrust of a Thousand Soldiers is the light runic attack. This is a really useful attack against strong enemies as it makes Kratos stab into them with the spear and embeds a bunch of spears into them. After that, pressing the triangle button will detonate the embedded spear and cause more damage. Upgrading it will make it even more deadly as it increases the number of stabs and embedded spears.

Vindsvalr’s Windstorm is the hevay runic attack for the Draupnir Spear. This attack is a more theatrical one as it creates an array of chaotic cyclones that damages all the enemies within its path. This is a great attack to use to quickly stun enemies and damage them with other attacks while they are stunned. Upgrading it will add more cyclones and increase their travel range.