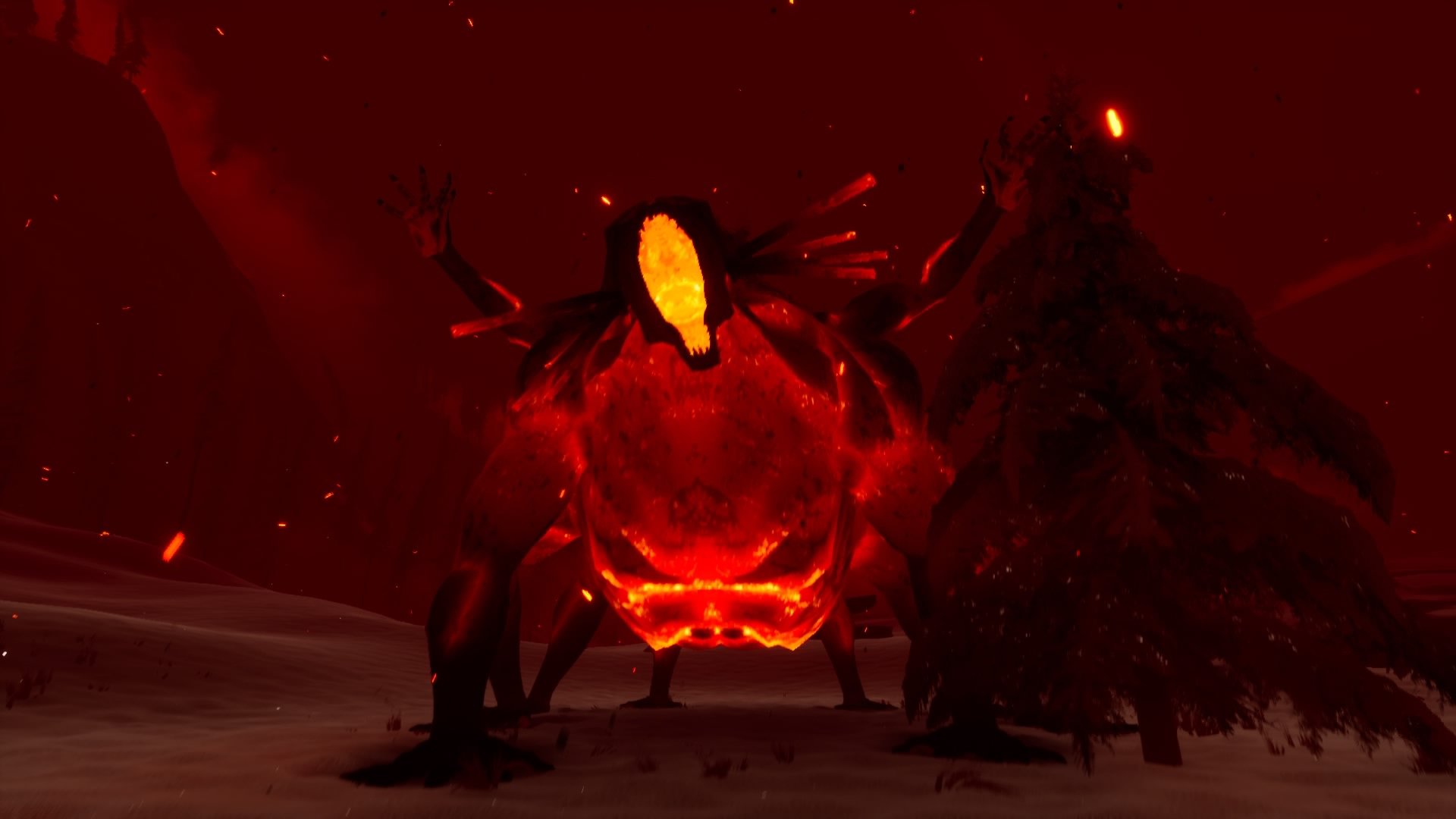 Numo is the final boss you face in The Pathless before you can take on the Godslayer. This battle has a similar start to the other battles, but the phases later on in the fight vary.

To initiate the fight, you have to light three obelisks on the Mountain Tundra. Each obelisk requires two bear tokens to activate it, so use your spirit mask to locate them on the map. Once all three beacons are lit, the battle will begin.

Like the three boss fights before him, Numo will make a run for it. Swoop down and start chasing him. Use your dash and glide abilities to dodge any projectiles he throws. After you catch up to Numo, start shooting the targets on his legs. There are eight targets to destroy, and you can get four on one side boxed off before Numo’s pace quickens. He will start raining fiery rocks from above, so glide above them and use the talisman targets to dash towards him. Once you catch up with Numo again, take out the other four targets before using your falcon’s special ability to deal big damage.

Numo will head to a volanco-based coliseum for the second phase and perch on a wall. Evade the fireballs he rains down, and dash out of the way when he jumps down to attack. He will jump around the arena for a spell, so glide and dash to avoid him. Once he has settled down, he will try to hit you with one of his legs. Shoot it and he will retreat to the walls. Shoot the two targets on his back while avoiding any fireballs he throws. He will eventually chuck a giant fireball at you, so force it back at him before you can attack with your falcon. Complete another round of these steps to move the fight to the final phase.

Numo will unleash one of four attacks now. He can swipe you with one of his claws, pound the floor with a fire blast, shoot fire lazers using his tail, or use a tail sweep attack. Avoid them by dashing and gliding. Whenever he tries to swipe you with a claw or shoot you with his tail, fire an arrow at the target on them to stop him. If he uses a tail sweep, dodge it and then shoot the mark on his head. Each successful shot will give you light energy for a later attack.

Eventually, he’ll throw another giant fireball at you. Shoot it back to hurt him and use your falcon’s special light ability again. Repeat this process again, and use one final falcon special attack on him to win. You will earn an extra falcon flap and the Might of Kumo as rewards. The Might of Kumo allows you to use a super flap maneuver if you press and hold the cross button on your controller. This move uses up a number of falcon flaps, though, so use it wisely.